Original title: Directly at the Shareholders’ Meeting | Shenghe Resources’ business performance reached a new high, and the new chairman made his first appearance at the shareholders’ meeting

Today (May 13), Shenghe Resources held the 2021 Annual General Meeting of Shareholders, and analyzed the reasons for the sharp increase in performance last year, mainly to seize market opportunities, focus on endogenous growth, and focus on investment and mergers and acquisitions. At the same time, it has cultivated new growth points for the future development of the company. In addition, Shenghe Resources completed the change of directors, supervisors and senior management, and the new chairman Yan Shiqiang made his first appearance at the general meeting of shareholders.

The performance hit a record high

The “Daily Economic News” reporter learned from the Shenghe Resources shareholders’ meeting that the company’s management analyzed the reasons for the sharp increase in performance last year, mainly to seize market opportunities, focus on endogenous growth, and focus on investment and mergers and acquisitions. The historical high since listing has also cultivated new growth points for the future development of the company.

According to the performance goals of the 2021 annual report, in 2022, the company will adhere to the goals set in the “2021-2022 Business Development Plan”, increase the production and sales of main products, and plan to achieve an annual operating income of more than 10 billion yuan, and the profit will be higher than that in 2021. larger growth.

Source of pictures of the shareholders meeting: every photo by reporter Xu Shuai

However, judging from the market conditions in the first quarter of this year, domestic rare earth prices did not continue the upward trend of last year, but were in a state of consolidation. According to market data, the prices of mainstream rare earth products have weakened for two consecutive months after the Spring Festival. The market prices of praseodymium neodymium oxide, dysprosium oxide and terbium oxide dropped to a low of 820,000 yuan/ton and 2.44 million yuan/ton respectively on April 14 this year. ton, 12.7 million yuan / ton, down 26%, 23% and 17% respectively from the high price in February.

Some brokerage analysts believe that due to the weakened acceptance of high prices of raw materials in the downstream and the centralized procurement boom of downstream magnetic material enterprises after the Spring Festival, the overall demand for rare earths has begun to weaken since March.

“But after April, demand has picked up again, and we feel that the downstream demand in the market is still strong.” A rare earth industry insider told the “Daily Economic News” reporter.

According to the research report of Galaxy Securities, it is expected that the operating rate of magnetic material enterprises will gradually pick up and the number of orders will also increase. Under the resonance of supply and demand, tight inventory, and policy catalyst expectations at the end of the year, it is expected that rare earth prices will usher in an inflection point in May.

According to the operating data of Shenghe Resources in the first quarter, the gross profit margin of rare earth oxides was 51.27%.

The new chairman appeared at the general meeting of shareholders

At this annual general meeting, the new directors, supervisors and senior members of Shenghe Resources made a collective appearance. Yan Shiqiang is the new chairman of the company, and Hu Zesong is the honorary chairman and chief strategy officer of the company. This is also the first time that Yan Shiqiang presided over the annual general meeting of Shenghe Resources.

According to the information, Yan Shiqiang has worked in the Institute of Mineral Comprehensive Utilization, Chinese Academy of Geological Sciences, the controlling shareholder of Shenghe Resources, since December 2017. He has served as deputy director and director, and is currently the director and party secretary. After the general meeting of shareholders, the company also held a brief ceremony, Yan Shiqiang presented Hu Zesong the honorary chairman’s appointment certificate. 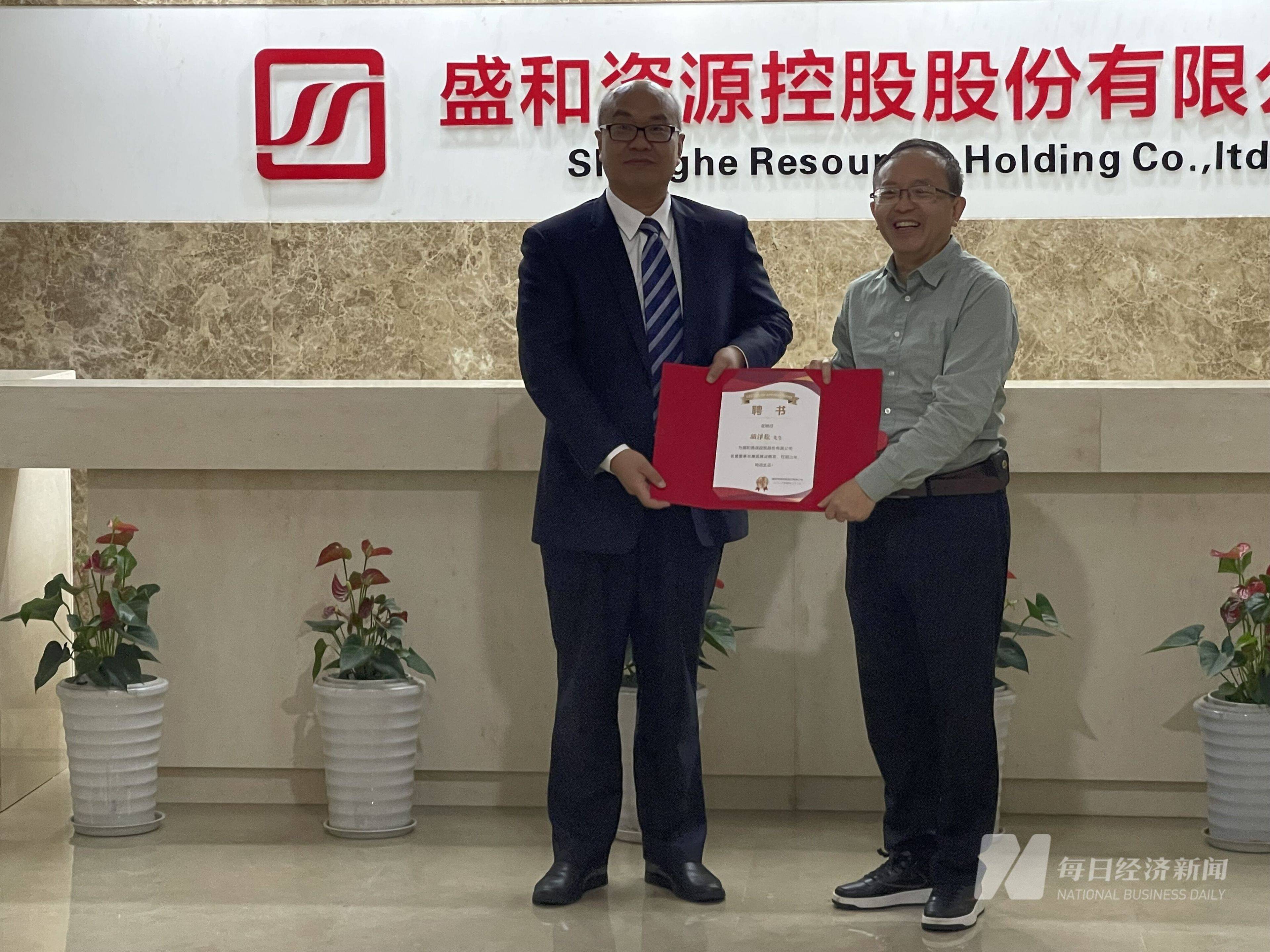 As the “old man” of Shenghe Resources, Hu Zesong expressed to the reporter of “Daily Economic News” that he hoped that the future development of Shenghe Resources will get better and better, and he will help the company to develop within his ability.

The reporter learned from Shenghe Resources that the company’s new board members, supervisory board members and senior managers include senior industry experts, innovative and pragmatic business leaders, and professionals in finance, investment, securities and other fields. The old, middle-aged and young are closely integrated, and specialization and youth are more prominent.