Home Business After Apple writes Face ID and other information into the underlying hardware, the third-party repair market may usher in a cold winter-Apple iPhone
Business

After Apple writes Face ID and other information into the underlying hardware, the third-party repair market may usher in a cold winter-Apple iPhone Recently, when a foreign blogger disassembled the iPhone 13 and found that when changing the screen of the phone, the system will prompt “Cannot verify that the display of this iPhone is a genuine iPhone display”, and will also receive “Face ID will Stop working” notice. The blogger said that the reason for the system error notification may be because the Face ID and the screen are bound together.

In other words, Face ID and screen information are written into the underlying hardware. If you want to replace other screens without affecting the normal use of Face ID, you need to find ways to “crack” the identification information between the screen and Face ID. So the question is, why does Apple adopt a new hardware control scheme? What countermeasures does the third-party repair manufacturer have?

Grab the job of third-party repair

Repairing iPhones has always been a “big” business. On the one hand, although the total annual sales of iPhones are not as good as those of Samsung, it is because of the high single-model shipments and the large market stock of older models, which makes the iPhone The repairs are more targeted, and the supply of spare parts is relatively sufficient. On the other hand, the official iPhone repair price is higher, and there are no Apple Store offline stores in many places, and third-party repair stores have become the choice of many users.

In the past, if you want to replace the iPhone’s camera, you only need to disassemble the device and replace the corresponding components, and you can use it normally without additional steps. On the iPhone 12 series, if a third-party repair manufacturer directly replaces the camera module, there will be some bugs, such as the camera cannot focus normally and cannot switch the ultra-wide-angle lens, etc. The system will also inform the user that the camera cannot be verified as authentic in the form of a pop-up window.

See also  Elephants approaching Kunming is expected to enter Jinning District: the distance is only about two or three kilometers-News-cnBeta.COM

The reason why Apple did this is simple. The revenue generated by product maintenance and related supporting services is too tempting. Earlier, analyst Neil Cybart made an estimate of Apple’s service business. In 2017, AppleCare’s revenue was US$4 billion and the profit margin was 60%. That is, AppleCare brought Apple US$2.4 billion in profits. The conversion is about 15.4 billion RMB, which is higher than the profit of the United States in the first half of 2021 (15.009 billion).

Faced with Apple’s pressing steadily, third-party repair vendors are naturally reluctant to give up and try to bypass the system detection through a new method. Is this method really feasible?

The stubbornness of third-party repair vendors

It may be the reason why the iPhone 13 has just been on sale. Many third-party repair manufacturers have not obtained enough parts. When the author asked on the online shop whether to repair the iPhone 13 screen, the answers given by multiple vendors were all “Temporarily out of stock”. However, it should be noted that out of stock means that there are no spare parts, which does not mean that the parts cannot be repaired. Apple’s technical restrictions on the iPhone 13 screen change have not stunned the great gods of Huaqiangbei. Some users in the field said: “The part information of the iPhone 13 series is written on the hardware level. The security is very good and it is difficult to pass the software. “Solved”, but if the original code is written to the new device, it may be possible to deceive the system authentication.

Foreign disassembly bloggers have confirmed this. In the new issue of the video, the system will no longer pop up unverifiable messages on screens replaced by chip transplantation and installation of other related components.

In fact, this solution is similar to the previous iPhone expansion method. It needs to write new device information data. For example, to expand the capacity to 512GB, you need to write new storage information on the corresponding chip after disassembling to inform the system that this is a 512GB Phone.

Some third-party repair shops said that the current iPhone 13 can be replaced with a screen, but at present, as long as the original screen (may contain moisture), the cost including manual costs and the screen is 900 yuan, which is really cheaper compared to Apple’s official repair price of 2,149 yuan A lot.

Similarly, the iPhone 12 series camera replacement problem mentioned above does not hinder third-party repair manufacturers. Some manufacturers say that there will be no bugs caused by replacing third-party accessories. 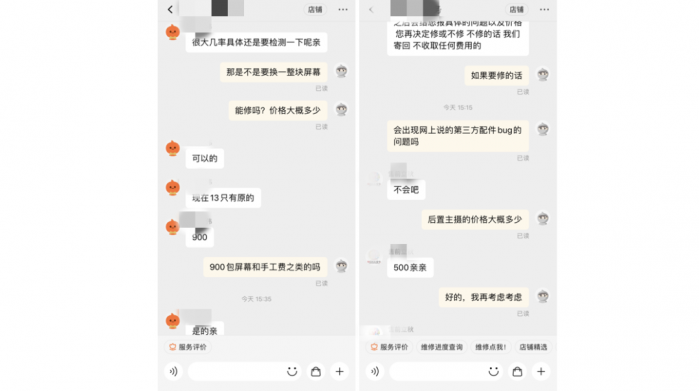 At this stage, the main factor that affects third-party manufacturers to repair the iPhone 13 series screen is the accessories, followed by the technical level. In fact, Apple’s launch of AppleCare + service is the key point that affects the third-party repair market. Accessories can be copied and technical restrictions can be cracked. However, the market trend triggered by AppleCare + is affecting the choices of other mobile phone manufacturers and users.

After Apple launched AppleCare+, other mobile phone manufacturers also began to launch their own additional hardware protection services. For a while, many “Care services” appeared on the market, such as MiCare, vivo care and OPPO Care+ (renewed version). Compared with Apple, the cost of the Care service of Android manufacturers is lower, OPPO Find X3 Pro is 899 yuan, and Xiaomi 11 Ultra is 949 yuan. Not only that, it also provides a 50% discount on the original device. 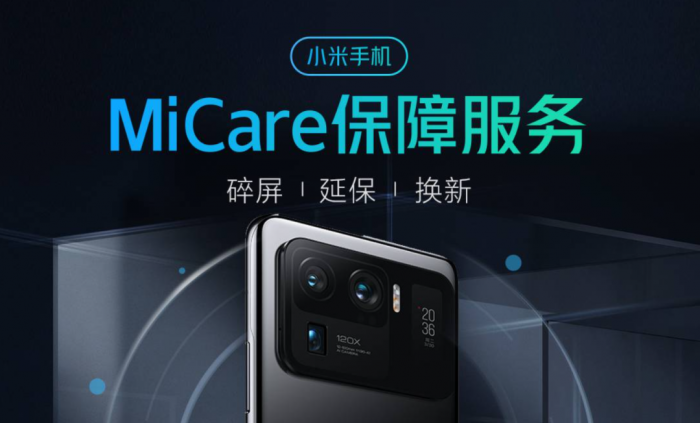 The Care services launched by major mobile phone manufacturers encourage users to choose official after-sales channels from repair to replacement, which is also an invisible blow to the third-party mobile phone recycling and resale industry. From Apple to major Android mobile phone manufacturers, they have strengthened their after-sales service capabilities in recent years. The market space left for third-party repair manufacturers is getting smaller and smaller. Low price is their advantage, but with Apple launching more hardware controls The plan gradually raises the cost of third-party maintenance, making the advantage of low prices less and less obvious.

Write at the end

The screen is a fragile accessory for smartphones. Apple’s new measures for screen repair on the iPhone 13 series this time are further restrictions on third-party repairs. Affected by Apple, Android manufacturers have also launched Care additional protection services, but currently supported models are generally less, most of them are flagship or sub-flagship models. I believe that after exploring more mature solutions, more mid-to-low-end devices Models can also enjoy similar services.

Behind mobile phone repair is actually a game about cost. With the development of social economy and the increase of people’s disposable income, official high-quality repair services will become more and more popular. The development context of counterfeit phones is a typical example. Third-party repair manufacturers targeted by Apple many times may sink to third- and fourth-tier and lower cities that are more sensitive to repair prices and have more old iPhone models.

About half of the provinces in the country have raised their minimum wages by 80-300 yuan per month: Did you raise your salary? -Monthly salary, salary–Quick Technology (Media under Drivehome)–Technology changes the future

Eni preview: for Equita there will be a...

The first time I put it on, I had one of the “besotted” faces .iI actually do like is The texture and flexibility of the leather but I personally recommended you the crocodile leather Apple Watch band or called alligator Apple Watch strap that looks exotic, simple and elegant. You will love the feeling when changing up on your wrist.