Home Business After NetEase Cloud Music restarts its IPO and the exclusive copyright comes to an end, what will industry competition fight for? _Detailed Interpretation_Latest News_Hot Events_36氪
Business

After NetEase Cloud Music restarts its IPO and the exclusive copyright comes to an end, what will industry competition fight for? _Detailed Interpretation_Latest News_Hot Events_36氪

NetEase Cloud Music, which suddenly announced the suspension of its IPO plan in August of this year, restarted its IPO again just over three months later.

This is after NetEase Youdao, another subsidiary of NetEase split and went public.

From the first submission of the prospectus to the Hong Kong Stock Exchange in May this year, more than six months have passed since the entire online music market has undergone tremendous changes. With the suspension of the exclusive copyright model, NetEase Cloud Music’s restart of IPO is bound to make the competition in China’s online music market more intense.

Western Securities analysts believe that under the premise of gradual elimination of copyright monopoly in the music industry, the core competition of online music platforms will focus more on ecological construction and user operation experience.

NetEase is the controlling shareholder of 5.1 billion yuan in revenue in the first three quarters

As one of the music communities favored by young people, NetEase Cloud Music is also eager to gain a place in the capital market.

NetEase Cloud Music, which netizens call “Cloud Village”, is mainly monetized from online music and social entertainment and other revenues. 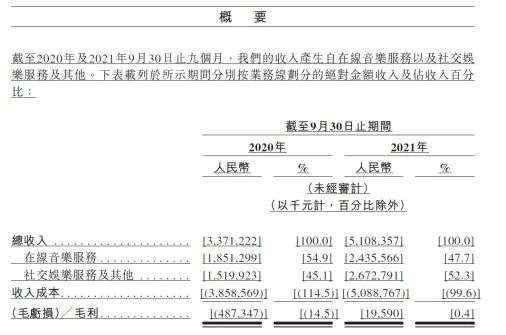 For music streaming media platforms, users are always one of the foundations for the realization of online music sectors. In the first three quarters of 2021, NetEase Cloud Music MAU increased from 180 million in the same period in 2020 to 184 million; the number of paid online music users was 27.52 million, an increase of over 93% year-on-year; the online music payment rate reached 14.9%. 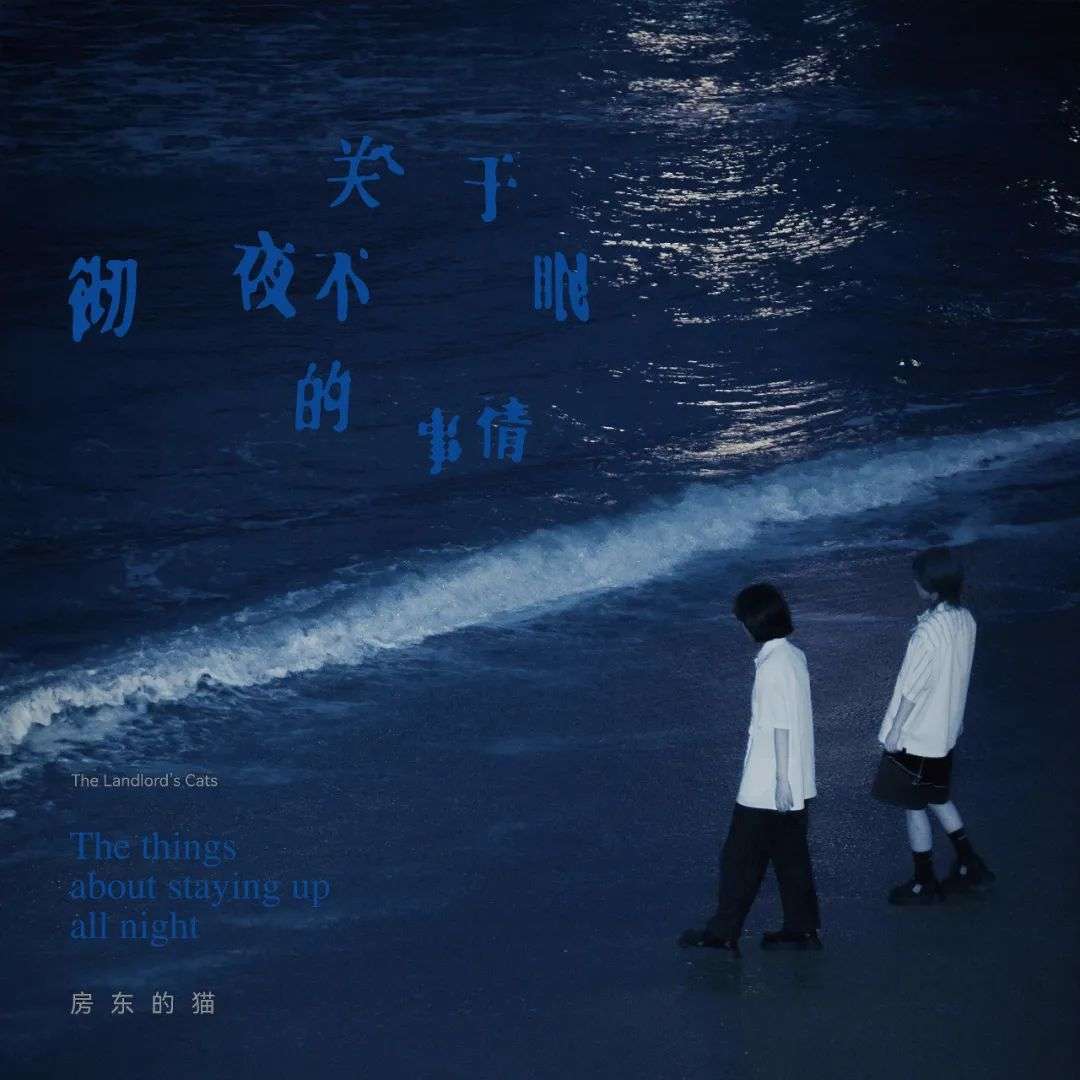 This time NetEase Cloud Music restarted its IPO again, and NetEase is still the controlling shareholder. According to data in July this year, in NetEase Cloud Music, NetEase holds 62.46% of shares, Alibaba holds 10.81%, and Baidu (Hong Kong) holds 4.26%.

According to Qixinbao data, since 2017, NetEase Cloud Music has conducted three rounds of financing, with a cumulative financing amount of more than 1.3 billion U.S. dollars. Alibaba, Baidu, and Yunfeng Fund are all its investors.

NetEase Cloud Music restarts its IPO, which is bound to make the competition in China’s online music market more intense.

At present, the competition between online music platforms is mainly concentrated between NetEase Cloud Music and Tencent Music. The market presents a competitive landscape of “Tencent Music” and “NetEase Cloud Music”. Both major music platforms have integrated songs and videos. The functions of pan-music ecology such as, live broadcast, and social networking are converging.

On August 31, Tencent issued the “Statement on Relinquishing the Exclusive Rights of Music Copyright.” As soon as the news came out, “When can I listen to Jay Chou on NetEase Cloud” once rushed into hot searches. Many people in the industry believe that with the cessation of the exclusive copyright model, the price of music copyright content is expected to return to reasonable in the future.

In the second quarter of 2021 earnings conference call, Ding Lei, Chairman and CEO of NetEase, said: “NetEase Cloud Music has prepared sufficient funds and is willing to carry out fair and open cooperation with copyright owners with the utmost sincerity to build a good A healthy music market.” 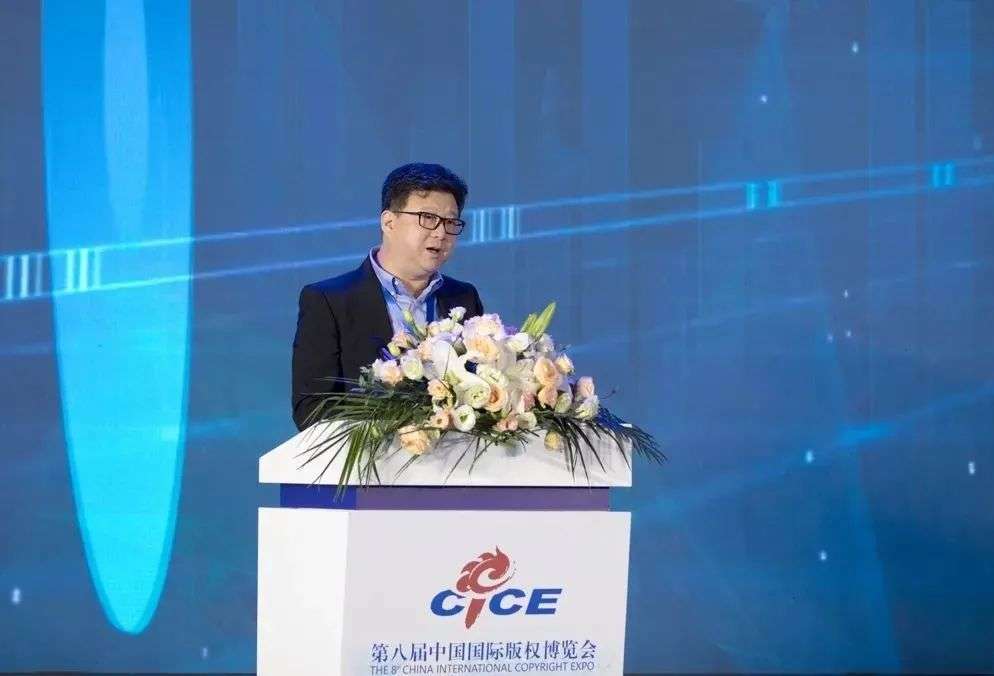 Some insiders believe that the successive return of head music copyright is expected to release long-term benefits for the development of the platform.

From the data point of view, the UGC content and listening time of the NetEase Cloud Music Community continue to grow, and the platform is favored by young users. In the first half of 2021, NetEase Cloud Music Daily Music listeners have an average daily listening time of 76.9 minutes, and the total number of UGC playlists reached 2.8 billion. Among them, in June 2021, the monthly active users who took the initiative to create UGC accounted for nearly 30%.

Related securities analysts pointed out that with the end of the exclusive copyright era, cultivating users, improving user value, and digging out diversified forms of commercial realization will become the focus of competition. For example, we will dig into the content of community-based platforms vertically, create an entertainment and social ecosystem that integrates music, radio, and live broadcasts, and expand the industry chain horizontally, and increase monetization channels such as content promotion and music content incubation.

This article comes from the WeChat public account “Each Film and Television” (ID: meijingyingshi), 36 krypton is authorized to publish.

Cirio: the Piedmont Region will use all the...

The commercial bills of 32 subsidiaries of Muyuan...

A new buy day is looming on Wall...