After years of rapid growth for TWS earphones, the differentiation between products has gradually narrowed. At a time when noise reduction is popular, the innovation of the TWS track seems to have been weak, and Apple’s AirPods series has an increasingly small advantage in the TWS headset market.

However, Apple recently released a new generation of TWS headphones, the AirPods Pro 2, which is a very obvious upgrade compared to the previous generation. For example, it uses a new H2 chip, and with iOS 16, users can create their own spatial audio data. Moreover, it supports higher audio sampling rates, and the sound quality is obviously better.

But recently,Some Apple AirPods Pro 2 users have reported that the headset often disconnects from the device when listening to music or watching videos, which is unavoidable whether it is an iPhone or an iPad.

At the same time, some users said that the phone may display a bug that the AirPods Pro is connected but not actually connected. And these problems occur occasionally and randomly, and the specific cause has not yet been determined, and even Apple has not given a clear answer.

It is worth mentioning that such problems have even been reported as early as the first-generation AirPods Pro launched in 2019, and the new generation of “AirPods Pro” was launched three years later than the original generation. This bug still exists, so many users expressed disappointment .

Of course, it cannot be ruled out that there is a problem with the hardware itself, but the overall improvement of AirPods Pro 2 is not large. The previous generation is already a very mature product, and the probability of hardware problems is relatively small.

In addition, in addition to the lanyard hole and speaker on the charging box, the biggest upgrade of AirPods Pro 2 this time is the H2 chip, which makes the noise reduction ability stronger, and can also support adaptive transparency mode, through 48,000 calculations per second Brings better adaptive transparency.

The specific use effect, if there are users who buy AirPods Pro for the first time in 2019, they may have an impression. The noise reduction performance of the AirPodsPro was much stronger than what we use now, but the side effect is that the ear pressure is large, and if you wear it for a long time, you may experience slight dizziness and nausea. Later, after several versions of OTA upgrades, Apple reduced the noise reduction effect of AirPodsPro (there is a clear feeling), and also reduced the ear pressure to achieve the purpose of being able to wear it for a long time.

The noise reduction performance of the Pro2 is a little more aggressive than the effect of the first AirPods Pro, and it can almost be tied with the AirPods Max. The ear pressure has increased, but it is not as uncomfortable as it was at the beginning. Whether it is acceptable to you personally, I still recommend that you actually borrow it from friends or colleagues who have already purchased it and try it out before making a choice. 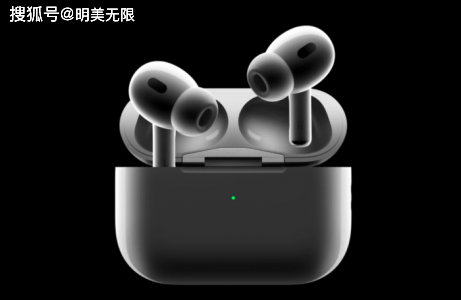 In addition, today Mingmei Infinite wants to mention that in addition to supporting Lightning interface and MagSafe magnetic charging, AirPods Pro 2 can now be charged using the Apple Watch charger.

Unlike the first generation, even when AirPods Pro 2 is wearing and listening to songs, the battery widget on the iPhone desktop can normally display the battery status of the charging box itself.

In addition, in terms of battery life, the performance of AirPods Pro 2 is better than that of the original headphones.

Also, according to the test, the AirPods Pro 2 persisted for a total of 6 hours and 15 minutes before announcing the strike after the mixed use of noise reduction, transparency mode and calls.

Therefore, even without a headphone case, AirPods Pro 2 can basically meet the needs of daily commuting and learning.

In addition, what Mingmei needs to remind today is that Apple’s 2022 education discount activities will be from July 14th to September 26th. That means this year’s event is coming to an end. Consumers can buy an eligible Mac or iPad with educational discounts and receive AirPods (2nd generation) headphones, as well as discounts on Apple Pencil and Smart Keyboard, and 20% off AppleCare+ service plans. 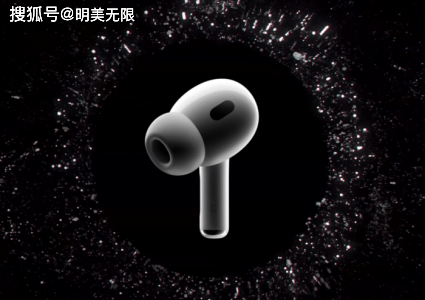 In the end, Mingmei’s unlimited buying advice is: This is a brand new product developed by the AirPodsPro product line after 3 years. The price of 1899 yuan has an advantage of 100 yuan compared to the first generation. If you can use the educational discount, it will probably be less than 1000 yuan. Yuan can start. Compared with the current starting price of about 1500 in the first-generation third-party channels, the new second-generation of 1899 is more cost-effective. It can be said to be a comprehensive upgrade version of the various drawbacks of the first-generation. If you want to buy AirPodsPro, there is no reason to buy it except the price. The first generation.

So, have you bought AirPods Pro 2 yet? Welcome to share your experience in the comment area.Return to Sohu, see more