At the Yunqi Conference that is being held in Hangzhou, Alibaba Pingtou released the self-developed CPU chip Etian 710.

Alibaba said that this is the industry’s most powerful ARM server chip. Its performance exceeds the industry benchmark by 20%, and its energy efficiency ratio is increased by more than 50%. In the future, it will be mainly used for Alibaba Cloud data center deployment applications.

In terms of basic parameters,Etian 710 is manufactured using 5nm process, the CPU is designed with 128 cores, it supports ARM V9 instruction set (pure 64-bit), the highest frequency is 3.2GHz, it supports 8-channel DDR5 memory and 96 PCIe 5.0.

Zhang Jianfeng, President of Alibaba Cloud Intelligence and Dean of Dharma Academy, said: “Based on Alibaba Cloud’s business strategy of “one cloud, multiple cores” and “deep foundation”, we released Etian 710, hoping to meet the diverse computing needs of customers. This chip Not for sale, mainly for Alibaba Cloud’s own use. We will continue to maintain close cooperation with partners such as Intel, Nvidia, AMD, and ARM to provide customers with more choices.”

It is reported that Alibaba’s chip lineup has become more and more complete. Among them, Yitian 710 is a general-purpose CPU. Previously, Ali’s first chip Hanguang 800 was a self-developed AI chip. In addition, there are open source Xuantie series based on RISC-V. The processor has shipped over 2.5 billion units. 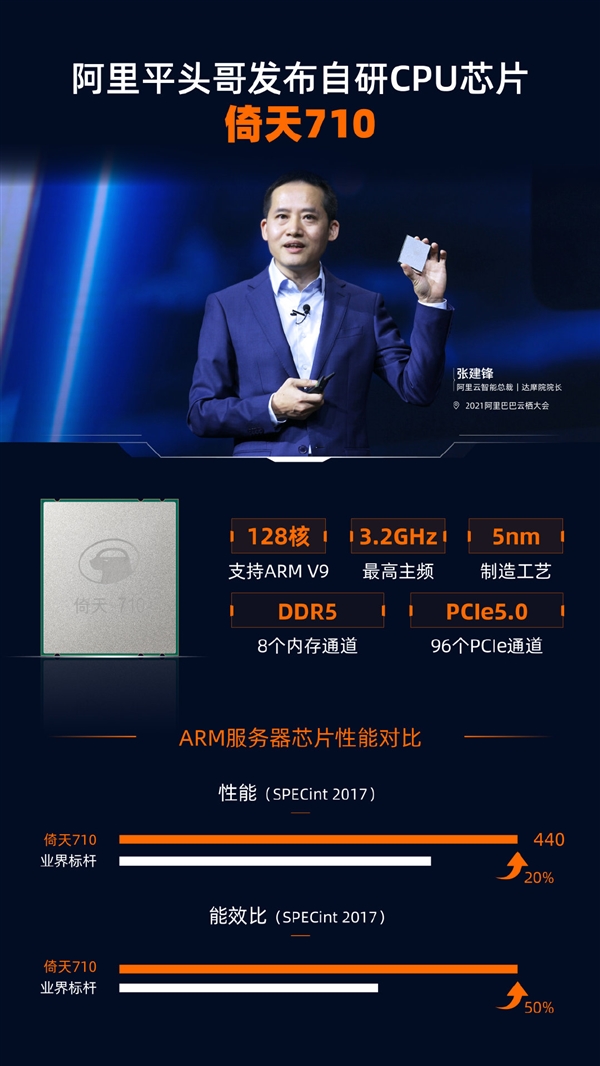 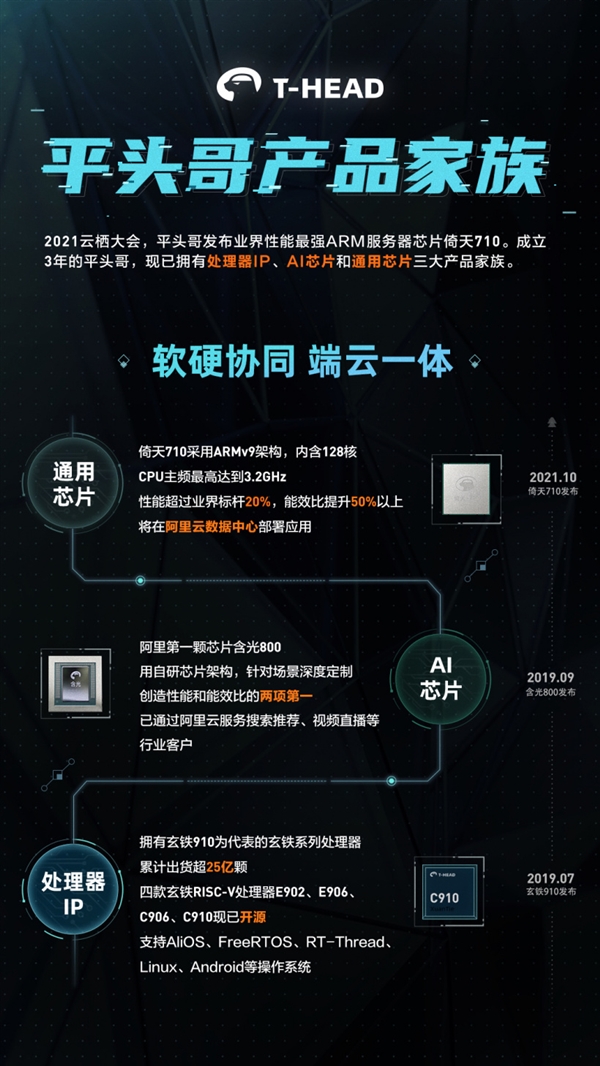 The video of the Bidens entering the restaurant without masks was filmed. The White House God responded: Don’t just see the trees and not the forest-Global Network