5nm process, 114 billion transistors, 20-core CPU, 64-core GPU… In Apple’s publicity, in the eyes of many Apple fans, the M1 Ultra chip has become an instant existence, regardless of performance or power consumption, regardless of AMD Ryzen 9 5950X, Intel Core i9-12900K processor or NVIDIA RTX 3090 graphics card are not competitors.

However, the actual measurement shows that in terms of GPU performance, the M1 Ultra still has a huge gap compared with the RTX 3090, the GeekBench 5 computing performance is more than 50% behind, and the game performance is much worse. So what about CPU performance? Can this guy with three times the packaging area of ​​AMD Ryzen really kill the x86 flagship?

Here are some tests of foreign media, let’s take a look: 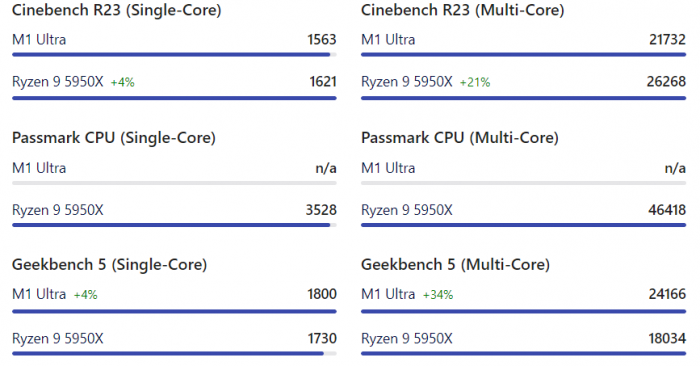 Which one should you look at? Everyone should know that the GeekBench test is more Apple-friendly and is often referred to as “Applebench”. 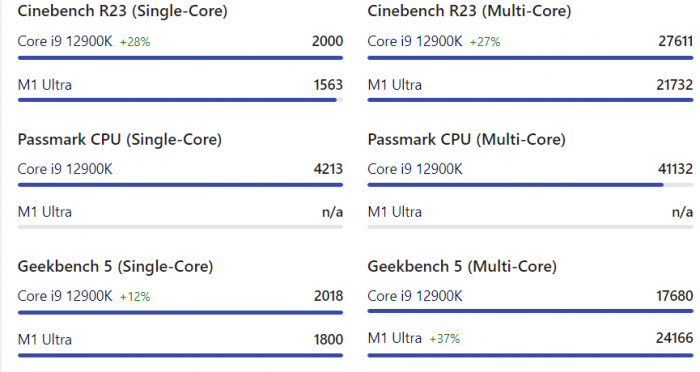 Another company specializes in testing multi-core, and the situation is similar. GeekBench 5 is still dominated by Apple, and CineBench R23 shows its originality, but it is only about 10% behind, so it has to be said that it is still strong enough.

See also  Ferrari: strategic plan to 2026 with expected revenues of 6.7 billion and dividend pay-out at 35% Be realistic,Adobe Premiere PRO 4K H.264 video transcoding test, M1 Ultra has improved significantly compared to M1 Max, twice as fast (two in one after all), and faster than the combination of Ryzen 9 5950X, i9-12900K and RTX 3090 Quite a few, and it’s obviously really well suited for professional creation. 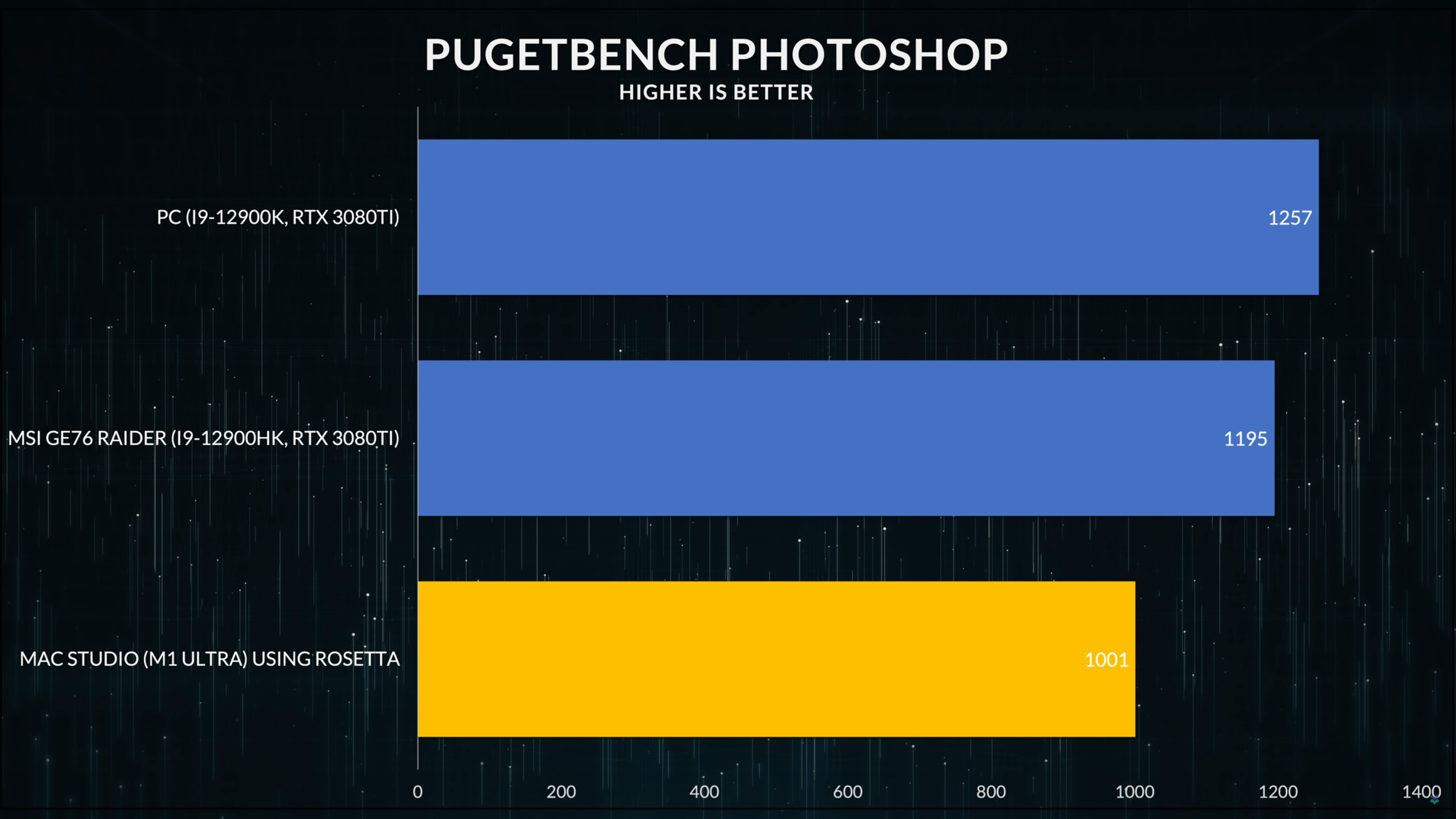 In the PugetBench Photoshop test, the M1 Ultra performed well, lagging behind by more than 20% compared to the combination of the i9-12900K and the RTX 3080 ti.

in short,The M1 Ultra is indeed strong enough. Although the benchmark scores lag behind, it is definitely worthy of AMD and Intel’s vigilance. It also has advantages in certain workloads. , is still a bit exaggerated.

There are rumors that Apple also plans to splicing two more M1 Ultras together. In that case, even if the frequency is reduced, the multi-core performance is enough to completely beat AMD and Intel, but it is not beneficial for single-core performance.

Garland 24+12 assists Grant scored 40 points in the air, the Cavaliers made six doubles and captured the Pistons_Hit_NBA_Grant

Confindustria wants answers on cohesion: the South is...

Expensive electricity and gas, for households and businesses...