Apple’s “environmental protection” concept is destined to be full of criticism and confusion-Apple Apple-cnBeta.COM

From the perspective of the press conference, Apple is indeed moving fast towards what it considers to be “environmental protection”. Almost every product uses a large amount of recycled resources. For example, in the iPhone 13, a large number of internal materials have been 100% recycled, and the volume of the packaging box has been reduced again, reducing the use of at least 600 tons of plastic.

In addition, Apple also hopes to achieve the goal of completely zero plastic use by 2030, and to make iPhone and other products use almost 100% recycled resources in the manufacturing. In order to achieve this goal, Apple must have invested a lot in environmental protection, but why do Apple shareholders have to jointly submit shareholder resolutions to require Apple to comply with environmental protection standards?

Starting with the iPhone 12, Apple decided that future iPhone phones will no longer come with a charger, and users can choose to purchase a charger if they “need” (does anyone need it?). At the iPhone 12 conference, Apple gave the reason that there are already more than 2 billion Apple power adapters worldwide, so they decided not to include a charger. 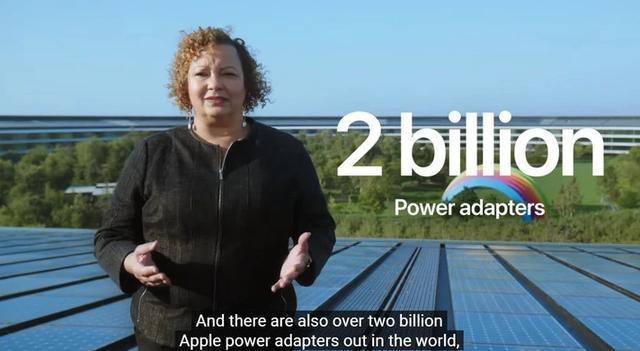 To put it simply, Apple defaults that every user who buys an iPhone 12 must have an iPhone charger at home, so adding a charger is an “unenvironmental” behavior. In fact, when Apple announced the reason, most users said they couldn’t understand it. For users who bought an iPhone for the first time, how funny is it to open the phone and find that there is no charger?

Although from the perspective of the charging protocol, the iPhone can be compatible with PD chargers, so if you have a multi-function charger, or a charger with a replaceable data cable, it is no problem to charge the iPhone. After all, the power of the official charger is only 5W, and many third-party chargers can easily meet the basic charging needs of the iPhone.

However, if a person who is not familiar with digital products sees that there is no charger included in the box, and does not know that other mobile phone chargers can charge the iPhone, can you only return to the store to buy a new charger? Buying the charger separately will inevitably have its own packaging. Although the garbage generated by the independent packaging is not counted on Apple’s head, it is obviously more garbage than the one produced by Apple itself. On the whole, it wastes more. resource. 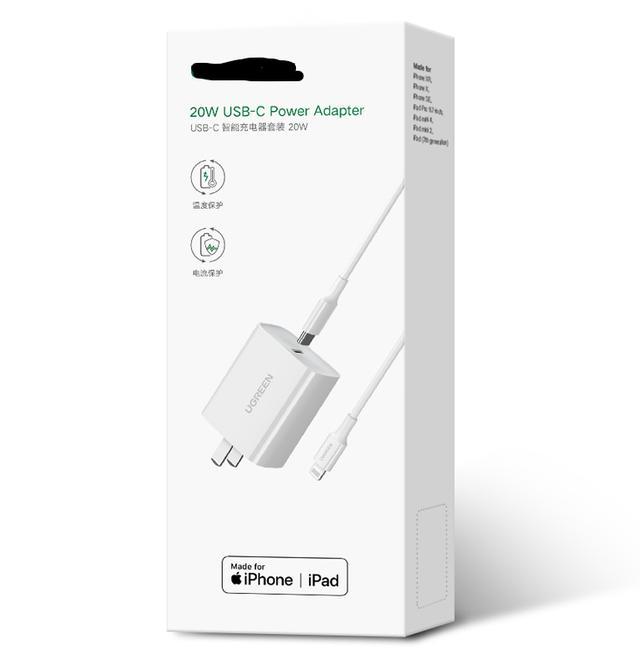 For this view, many netizens are so refuted: Apple’s 5V1A charger is still used? Even if I gave it, I would lose my drawer and eat ashes, and then I bought a 20W fast charge charger. So the question is, why can’t Apple directly give away a 20W charger, so that users can avoid the trouble of purchasing a charger independently? In contrast, the Android mobile phone camp is basically equipped with a charger that can activate the highest charging power of the mobile phone to prevent users from not being able to get a normal use experience.

In my opinion, if a mobile phone manufacturer cannot allow users to get a complete basic functional experience after unpacking the mobile phone box, then it is unqualified. Not only from the perspective of environmental protection, Apple has created more demand for charger purchases. From the user’s perspective, the default 5V1A charger is also a damage to the user experience.

In fact, many organizations have always believed that although Apple has been promoting environmental protection, its actual behavior has caused more resource consumption, such as the purchase of additional chargers and headphones (the iPhone 12 is no longer gifted with headphones). Lead to additional packaging waste. 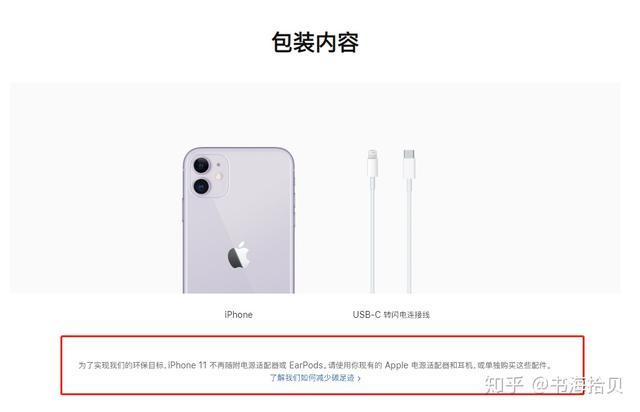 In addition, the durability of the iPhone’s data line has plummeted after using degradable environmentally friendly materials, and users have to buy more data lines, which greatly increases the consumption of metal resources. If it is really environmentally friendly, a more durable biodegradable braided wire can be used as the outer layer of the data cable to ensure the service life, but Apple has not done so.

However, the above dispute about accessories is not the reason for the shareholders’ trouble. The shareholder resolution submitted this time mainly focuses on the repairability of Apple products, which is the “maintenance right” that has been in a state of quarrel in the past two years. The US Public Interest Research Alliance (US PIRG) and its affiliated fund company Green Century Capital Funds recently submitted a resolution to Apple requesting an explanation of the company’s “anti-competitive maintenance policy.”

Why is maintenance right related to environmental protection?

The increase in maintenance difficulty is not only due to the increased compactness of the internal design of Apple products, but the main reason is that Apple is actively reducing the maintainability of the product. Even if you can replace parts on the product, it may not be possible because of the hardware identification system. Normal use.

The most typical example is the iPhone. If you are repairing it at a third party, even if the original hardware is installed, your iPhone will not be able to start, and you need to erase the certification through a special method. If you ask Apple, Apple’s only answer is to ask you to go to a nearby Apple authorized store for repairs. Simply put, only Apple is qualified for product repairs.

So the question is, what if there is no Apple authorized store nearby? Sorry, you can only send it to the nearest Apple after-sales service point for repair. If the parts you need are out of stock or the nearby service point does not have the repair qualification, the repair cycle may be as long as two weeks or even one month.

This problem not only plagues ordinary users, but also some famous bloggers. For example, Linus, the famous digital channel owner on YouTube, once wanted to pay to repair an iMac, but Apple refused to provide paid repair services because of this iMac. Damage caused by disassembly by the user.

Moreover, even if Apple is willing to repair, the price of spare parts is higher than the price of buying the same brand new iMac, and the channel owner’s iMac just damages the screen and possible power supply and motherboard, converted to the highest-end hardware of the same specification. It’s only half the price. Apple has set a high premium and strictly controlled repair rights so that users cannot repair damaged Apple products on their own. If you have not purchased the AC+ service, unfortunately, you may consider buying a new one directly. 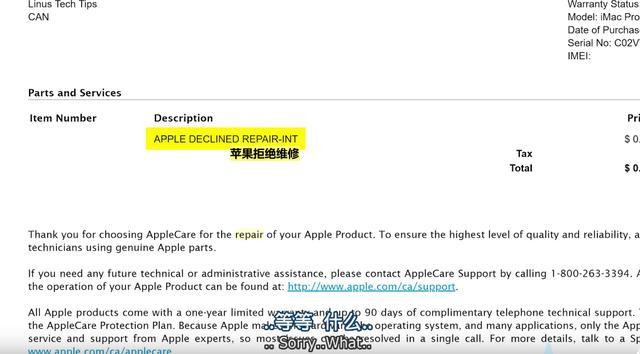 This involves a problem. An iMac can continue to be used only by replacing the screen. However, due to Apple’s internal regulations, users have to give up all the remaining usable hardware to purchase a new iMac. Is this environmentally friendly? ? The answer is obviously no.

A similar situation exists in almost all Apple products. In fact, it is not difficult for repairers to replace and repair damaged hardware. However, Apple’s policy is to replace the entire hardware, even if the damaged hardware can be disassembled separately, which directly leads to the production of a large number of scrapped hardware. Even if Apple has a complete recycling mechanism, the recycling system itself needs resources to operate.

Therefore, we can see shareholders attack Apple, believing that Apple’s so-called “environmental protection” approach is actually “hypocritical”. The fundamental purpose of removing chargers and earphones is to reduce packaging costs. The same is true for packaging boxes. The packaging is reduced in size. The box allows Apple to ship more iPhones at once, reducing shipping costs.

On the issue of “maintenance rights,” Apple has been obstructing the passage of relevant laws, preventing users from upgrading and repairing Apple products on their own, which in fact caused more waste of resources.

In Xiao Lei’s view, although Apple does have a lot of investment in environmental protection and has actual results, Apple has actually been evasive and unwilling to respond positively to relevant regulations when it comes to maintenance rights that really touch core interests. The resulting waste of resources.

Considering the number of Apple’s online devices today, if Apple really wants to make a difference in environmental protection, opening up certain maintenance rights may be the most effective method. It is true that Apple’s commitment to achieve carbon neutrality of all product accessories by 2030 is indeed an environmental protection measure, and it requires a significant price, but Apple often transfers these costs to consumers and other companies.

For Apple, they did achieve full-chain carbon neutrality, but what about the earth?

U.S. foreign wars frequently cause tragedies to see how the lies of the U.S. military are exposed step by step →-News Center-南海网

Hongda Xingye: The company plans to build a...

The project that comes from Veneto for tourism...