In this first part of the year the Audi e-tron, that is the electric native ones, have tripled. In fact, the progenitor of the family, the robust SUV baptized e-tron “and that’s it” also declined in the Sportback coupé version, was joined by the smaller Q4 SUV also offered in the Sportback variant and the Gt line-up. The latter contrasts with those of the more performing electric, from that of the Porsche to that of the Tesla Model S, also focusing on the attentions of the atelier Rs who took care of the more powerful version.

Audi e-tron Gt, the family has relatives in Stuttgart

The Audi e-tron GTs are based on the Porsche architecture called J1 used by the Taycan, which allows the installation of two electric units that also generate an all-wheel drive system. The less high-performance array, therefore, rests on a different platform from those of the kin. In fact, the e-tron SUV uses an evolution of the Mlb Evo longitudinal modular platform used by Audi with thermal engines and hybrid powertrains, while the Q4 SUV adopts the Meb architecture developed by the Volkswagen group for medium-sized cars with powered powertrains. only by electrons. But the risk of architectures, rightly inspired by group synergies and the economies of scale they bring, does not end here as the next Audi e-tron will rely on the Premium Platform Electric, developed in collaboration with Porsche. 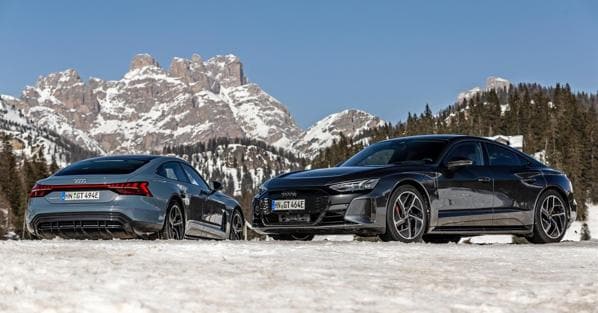 The e-tron Gt quattro and the Rs e-tron Gt are large four-door grand touring cars, the length is close to 5 meters, with a very streamlined and aerodynamic silhouette, as evidenced by the Cx of 0.24. The Rs stands out for the outfit integrated with characterizing elements that convey the greater vigor that it can put on the field compared to the other version. The design respects the Audi canons, in particular with the single-frame grille although proposed in a new interpretation, the cut of the optical groups and the sturdy shoulders, now not only typical of the most powerful Audi, due to the wide roadways. The flat floor together with the Xl size of the body and the long wheelbase, stands at 2.90 meters, benefits the width of the passenger compartment, whose sporty atmosphere is accentuated by the attention paid to ergonomics. The highly digitized environment, as well as being differentiated on the two versions by specific details, houses the configurable 12.3 ”instrumentation and the 10.1” display of the central touch infotainment oriented towards the driver. The system can be activated by voice and can be wirelessly integrated with the devices and integrates specific functions for electrification. It should be added that the e-tron offer two cargo compartments: 405-liter rear and 81-liter front. 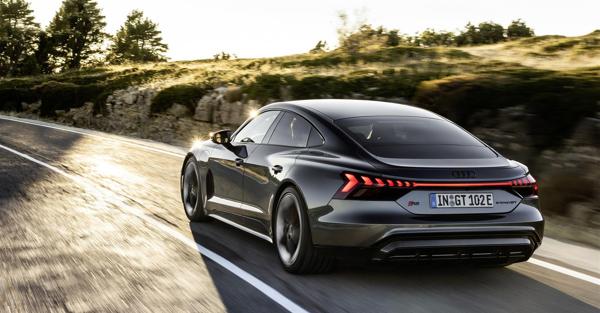 Audi e-tron Gt, how they are made under the guise

The two versions of the e-tron Gt are essentially distinguished by the powertrains, although always formed by two electric units – one front and one rear that form the electric all-wheel drive – and combined with a two-speed transmission. That of the GT quattro develops 476 horsepower and a torque of 630 Nm, while that of the Rs Gt delivers 598 horsepower and a torque of 830 Nm. The front electric motor is always 238 horsepower, while the rear one of the Gt quattro delivers 435 horsepower and that of the Rs Gt develops 456 horsepower. But that’s not all, since both e-tron GTs, thanks to the boost function active for 2 ”5, develop respectively 530 and 646 horsepower. The e-tron Gt quattro reaches 100 per hour in 4 ”1 and reaches 245 per hour, while the Rs Gt crosses the 100 per hour mark in 3” 3 and reaches 250 per hour. In any case, the powertrain is always powered by a 93 kWh lithium-ion battery with 800 V voltage, which promises ranges of up to 487 kilometers in the Wltp cycle. The battery can be recharged with the 11 kW on-board charger or with rapid systems up to 270 kW. The latter, in case you find any, allow you to recover up to 100 kilometers in five minutes and go from 5 to 80% of the charge in 23 minutes. 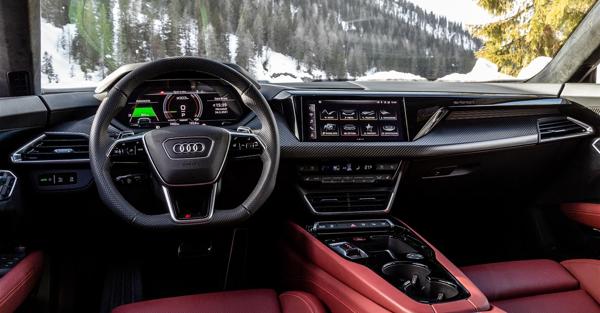 Audi e-tron Gt, how much they cost and what they offer different

The e-tron Gt quattro is on sale for 106,000 euros, the Rs e-tron Gt for 148,000 euros. The standard equipment of the Rs also includes, among other things, the air suspension, the electronic control of the rear differential and the braking system with discs coated with tungsten carbide, while that of the GT quattro offers electronically controlled suspensions and the rear self-locking differential.

Child pornography, a network with 400,000 members has been dismantled in Germany