original title: too crazy!Australia’s lithium ore auctioned at a sky-high price again, and domestic battery factories were crying: when will it rise to the top?

“This basically blocked the channel for domestic lithium salt prices to fall.” Some investors lamented that the Australian lithium miner Pilbara Minerals (hereinafter referred to as Pilbara Minerals) has achieved another record auction price for lithium concentrate.

“The auction price of leather ore is more gimmicky. In fact, most of the lithium concentrates in Australia and South America are underwritten to China through long-term agreements, and the price is much lower than the aforementioned auction price.” However, some miners told Times Finance. According to previous media reports, in April, the mainstream price of lithium concentrate in the market was about US$3,100/ton.

Since mid-April, the price of battery-grade lithium carbonate in the domestic market has dropped from 520,000 yuan/ton to 460,000 yuan/ton, and there are many bearish voices in the market.

According to data from the China Automobile Association, in April this year, IGuoxin EnergyAutomobile production and sales both increased by more than 40% compared with the same period last year, but both fell by more than 30% month-on-month. With the accelerated resumption of work and production in East China, the problems of the automobile industry chain have been alleviated.

“Looking forward to June, the operating rates of lithium iron phosphate and ternary materials, the two main downstream players of lithium carbonate, will continue to rise slightly. Under the support of cost and demand, the lithium carbonate market may increase steadily.”Shanghai Steel UnionLuo Xiaoli, a lithium mine analyst at the New Energy Division, said in an interview.

It is worth mentioning that when the price of battery-grade lithium carbonate exceeded 500,000 yuan / ton in March, there was news in the market that many battery factories did not buy goods or accept orders to fight against the skyrocketing price of lithium carbonate. Indicates that the foregoing does not exist. 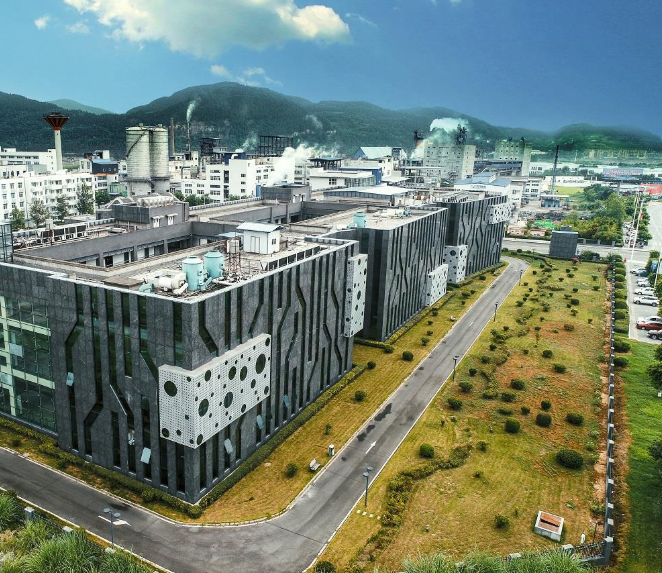 It is reported that the main reason for the high price of lithium salt is the mismatch between upstream and downstream supply and demand. my country’s lithium resource dependence on foreign countries is as high as 70%. Under the new energy wave, the domestic industrial chain has expanded rapidly in the middle and lower reaches, but the overseas upstream has not responded well enough, and the upstream production capacity is far from meeting the downstream demand.

existTianqi Lithium IndustryAt the shareholders meeting, Jiang Weiping, chairman of Tianqi Lithium, said that relatively speaking, the development of upstream lithium resources is much slower. Lithium resources have regional characteristics and cannot be replicated. Upstream expansion and development have great uncertainties. At present, the development of upstream resources is accelerating, and it has also received corresponding opportunities and support. “But it will take time to solve this contradiction, and it will take time for the supply and demand pattern to achieve a real balance. In the end, it still depends on the market to balance.”

The aforementioned material business person said that it is expected that the whole market will reach a state of balance between supply and demand by the middle or end of next year. “Lithium prices are expected to remain high during the year, and may fluctuate within the range of 450,000 yuan/ton to 500,000 yuan/ton.”

Industry profits are transferred to the mining end

Behind the high price of lithium salt, the lithium battery industry chain has been differentiated in terms of profit distribution.

According to the financial report,Ningde era、Guoxuan Hi-Tech、Yiwei Lithium EnergyThe revenue growth rate of other battery companies in the first quarter of this year was above 120%, but the net profit in the same period fell by 23.6%, 32.79%, and 19.43% year-on-year, respectively. Among them, the net profit margins of Guoxuan Hi-Tech and Yiwei Lithium Energy were 0.82% and 7.73% respectively.Previously spotted by Mercedes-BenzFuneng TechnologyIn the same period, the revenue growth rate reached 317%, but the net profit was -244 million yuan. Many power battery companies attributed the decline in net profit and the increase in revenue but not profit to “the rapid rise in prices of some upstream materials”.

Unlike power battery companies that generally fell into the dilemma of increasing revenue but not increasing profits in the first quarter, upstream resource providers accounted for the bulk of the current lithium battery market profits. The two largest lithium battery miners in the domestic market——Ganfeng Lithium IndustryTake Tianqi Lithium as an example. In the first quarter of this year, the revenue growth rates of the two companies were 233% and 481%, respectively, the net profit growth rates were 640% and 1442%, and the non-net profit margins were 57.81% and 53.89%, respectively. %, far beyond any downstream link. For reference, Tianqi Lithium’s net profit attributable to shareholders of listed companies in 2021 is 2.079 billion yuan, and the net profit in the first quarter of this year is about 3.33 billion yuan, and its loss in 2020 is 1.834 billion yuan.

The reason why the net profit margin of resource suppliers far exceeds other links in the industrial chain is mainly due to the large difference between the long-term price of foreign lithium concentrate and the price of domestic lithium carbonate and other lithium salts.

“The price of Talison chemical grade lithium concentrate is based on the market price changes of lithium products, and then a certain discount is given to shareholders according to the corresponding purchase volume.” An insider of Tianqi Lithium Industry recently told Times Finance. It is understood that Talison Lithium is one of the largest spodumene producers in the world, and is also the holding subsidiary of Tianqi Lithium. Tianqi Lithium also stated in its 2021 annual report that the self-sufficiency rate of lithium concentrate has reached 100%, and it can obtain a stable supply of low-cost and high-quality lithium raw materials through mines such as Greenbush; and provide existing factories and future capacity expansion projects. Low-cost and reliable upstream support.

In addition, as Chile’s largest chemical company SQM (the world’s largest lithium carbonate producer) performed better than expected in the market, Tianqi Lithium, its shareholder, also made good profits. The quarterly results will add about RMB 620 million to the company’s net profit.

The supply of upstream resources is tight, and although the price of lithium salt is expensive, it cannot be purchased downstream to ensure production. An insider of a power battery revealed to Times Finance, “In the past, when lithium carbonate was more than 20,000 tons per ton, we could pick and choose, but now it is not necessarily 500,000 tons.”

In this context, in order to ensure supply and reduce costs, the Ningde era,BYDIndustrial chain enterprises represented by , China Innovation Airlines, etc., took frequent actions during the year, extending their business tentacles to the upstream.

In terms of product price and supply priority, whether China Innovation Airlines has an advantage over other downstream companies, the aforementioned Tianqi Lithium insider told Times Finance that “all the information that can be disclosed is in the announcement.”

However, Jiang Weiping said at the shareholders’ meeting that the reason why he chose to cooperate with China Innovation Aviation “(because) it has a strong development trend and is very close to our development concept. We negotiated to solve the material problem, and both sides took advantage of it. Supporting development. We hope that the upstream and downstream will be a harmonious, mutually beneficial and mutually beneficial relationship. When good times are good, we will share together, and when bad times will be shared, we will cooperate with each other to benefit all walks of life and contribute to the country and the industry.”

Regarding the “combining vertical and horizontal” in the industrial chain of leading companies such as BYD, Ningde Times, and Tianqi Lithium Industry, the insider of the aforementioned material supplier said, “It is a common practice in the new energy industry to report group heating. In the future, it is necessary to To survive in the new round of industry reshuffle, core technologies, resource advantages, industrial chain linkage, and differentiated business models are the keys.”

and domestic battery factories were crying: when will it rise to the top?Australia's lithium mines auctioned sky-high prices again
0 comment 0 FacebookTwitterEmail
previous post

First-hand analysis of the new PlayStation Plus upgrade + advanced plan

Highlights of the announcement: Almaden signed a sales...