Home Business BYD’s cumulative sales in the first half of the year reached 646,000 units, and its new energy sales exceeded that of last year.
Business

BYD’s cumulative sales in the first half of the year reached 646,000 units, and its new energy sales exceeded that of last year.

In 2021, the whole series will sell 730,000 vehicles,New energy passenger carOn the basis of selling 590,000 vehicles, BYD set itself a “small target” of 1.5 million vehicles at the beginning of this year. Now that half a year has passed, BYD is still 850,000 vehicles away from the target, and the second half of the year is the historical peak of car sales. The target can be achieved within a few months as long as the average monthly sales reach 140,000 units.

According to the sales growth rate in recent months, BYD will undoubtedly complete the annual sales target of 1.5 million units. 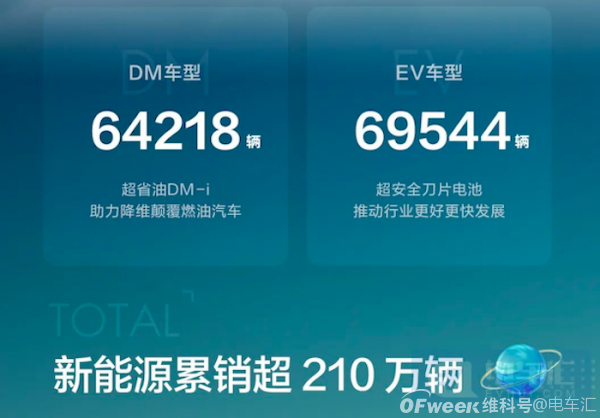 Judging from the sales in June, BYD’s models still maintain a hot sales trend, and when the Dynasty series has achieved stable sales, the Ocean series also began to break out. 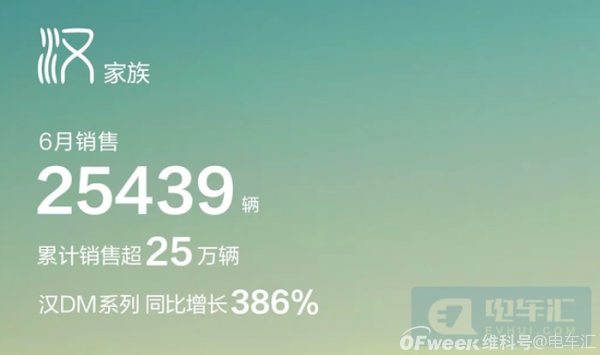 As Haiyang.com’s first sedan, the first model of the warship series, the destroyer 05, has attracted much attention since its launch in March. The sales in June reached 7,464 units, a month-on-month increase of 63.8%.

At the same time, the Dolphin, the first e-platform 3.0 model, has gradually become a BYD pure electric vehicle after a ramp-up in production capacity.passenger carAnother strong growth point of the product, the sales volume in June reached 10,376 units, and the current cumulative sales volume exceeds 80,000 units. 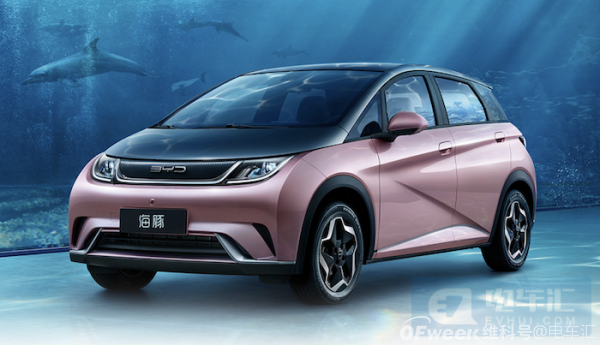 Such excellent market performance is closely related to BYD’s technical achievements.blade batterysuper hybrid technology, e-platform 3.0, etc. have become benchmarks for new energy technology, and are recognized by the majority of consumers. With the blessing of these ace technologies, BYD has also continuously launched new products that can truly meet the needs of consumers. BYD is invincible in the new energy vehicle market.

On May 20, BYD released the CTB (Cell to Body) technology that integrates battery and body. As one of the core technologies of e-platform 3.0, CTB technology reduces the impact of battery design on other vehicle performance with breakthrough battery safety. Break the “performance development seesaw” and greatly expand the capabilities of electric vehicles. BYD’s new model Seal will be the first mass-produced car equipped with CTB technology, with a pre-sale price of 212,800-289,800 yuan. 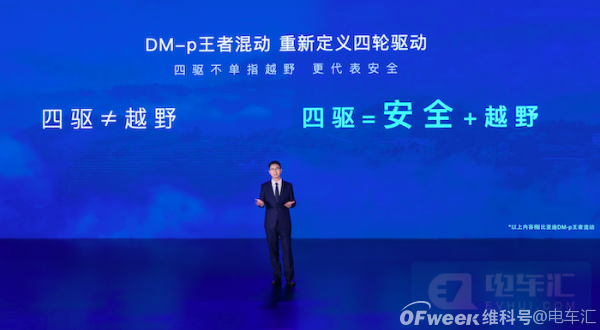 On June 9, BYD DM-p King Hybrid Technology was released. Unlike DM-i, which emphasizes economy, the DM-p King Hybrid is equipped with an “electricity-based” four-wheel drive hybrid architecture, which has a more powerful Power performance and pure electricbattery life, and truly realized “not only fast, but also economical”. The new model Tang DM-p equipped with this power system is priced between 292,800 yuan and 332,800 yuan.

See also  Tourism, demand is growing but it is an emergency for the staff

In addition to the technical layout, BYD’s layout in the industrial chain in recent years has also played a great role. In the first two months, the automobile supply chain was hit by the epidemic, which caused many OEMs to stop or reduce production. However, BYD, relying on its own core supply chain, has hardly affected the production of vehicles, becoming one of the few car companies with contrarian growth.

While product sales continue to grow explosively, BYD is also accelerating the construction of production bases. In June, BYD’s Hefei base and Changzhou base were put into operation one after another. Under the guarantee of sufficient production capacity, BYD’s follow-up sales still have a lot of room for growth.

Original title: BYD sold 646,000 vehicles in the first half of the year, and its new energy sales exceeded that of last year

For Istituto Ganassini a new low-impact production and logistics center

The Provincial Department of Finance issued a subsidy...