Home Business Can Royole Technology break through in the “Eye of the Storm” with the loss of employees and the freezing of assets? – Viewpoint · Observation – cnBeta.COM
Business

Can Royole Technology break through in the “Eye of the Storm” with the loss of employees and the freezing of assets? – Viewpoint · Observation – cnBeta.COM

Since the sprint to go public, Rouyu Technology has staged the drama of the gradual decline of technology giants, ranging from unpaid layoffs, suspension of production, many lawsuits due to lack of money, to assets being frozen, and the gradual decline of technology giants. Recently, it was revealed that the assets of the founder of Royole Technology, Liu Zihong, were seized. This capital darling with a valuation of up to 50 billion yuan in the past is now standing in the “eye of the storm”. 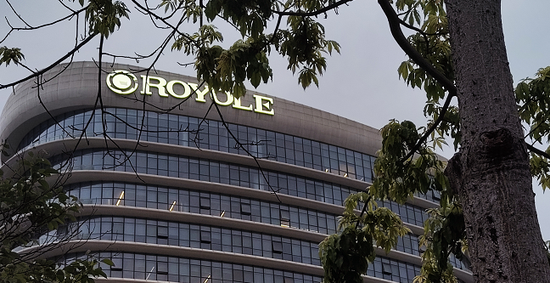 “Who can stand the arrears of wages.” A former Royole employee told the “Securities Daily” reporter, “Basically, the marketing department of Royole has left, and some core technicians have also left.”

Can Rouyu Technology, once regarded as a new star in technology by the outside world, break through the current predicament?

Several suppliers said they could not recover the arrears

Royole Technology, which has launched the world‘s thinnest flexible display screen and appeared as a “disruptor” in the panel display industry, has been highly sought after by the industry before. However, last year, its listing plan was aborted, the halo gradually faded, and the company fell into the crisis of arrears and production suspension. Under the application of many suppliers, some assets of Royole Technology have been seized and frozen one after another.

Recently, the capital chain crisis of Royole Technology continued to ferment, and there was news in the industry that the assets of the founder of Royole Technology had “evaporated” of 10 billion yuan. On September 19, Royole Technology, which is in the center of the storm, issued a statement on its official Weibo account, saying that the commercial disputes involved in the article have been resolved through friendly consultation or normal legal channels, and the company is currently operating normally and orderly.

However, a number of Royole technology suppliers said in an interview with a reporter from Securities Daily that it is currently impossible to recover the arrears and can only wait for a court ruling. The Tianyancha APP shows that as of now, Royole has been forced to repay over 100 million yuan in total. The company has 579 peripheral risks and 604 warnings. Most of them are Rouyu companies enforced by the court, legal proceedings, chattel mortgage information, etc. According to people familiar with the matter, Rouyu Technology and its related companies have actually owed hundreds of millions of dollars.

See also  Competition bill, Draghi: "Citizens will know how much bathing establishments pay for concessions". The delegation on taxis has been confirmed

Previously, Rouyu Technology was sued by Shanghai Baoye Group due to arrears of a total of 101 million yuan in construction funds, and was later listed as the person subject to execution by the court.

In September of this year, it was exposed that Rouyu Technology had long owed advertisers and financial public relations fees, and then the court was forced to freeze its assets due to its inability to repay the arrears. According to the Tianyancha APP, according to the relevant non-litigation preservation review ruling of Rouyu Technology, many companies such as Blue Cursor applied to the court to seize and freeze the property valued at 37.14 million yuan under the name of Royole Technology. The court finally ruled to seal up and freeze.

“It has been impossible to contact their core executives. At present, the company’s legal department is also negotiating with Royole Technology through the court.” A person in charge of Blue Cursor said.

It is understood that Royole Technology has owed wages to some employees for more than half a year, and the company also announced that some employees would be on vacation in April this year. “Many core technicians have left or changed jobs because of unpaid wages. This slow consumption of unpaid leave makes it impossible for many people to spend it.” The former Royole employee said, “Currently, Royole’s current employees are more expensive than Royole. At its peak, it has lost 70%.”

Since its establishment in 2012, Rouyu Technology has completed a total of 13 rounds of financing, with a total financing amount of 9.85 billion yuan. The valuation of Royole Technology in the market was once expected to reach 50 billion yuan.

Since then, Rouyu Technology launched the first foldable flexible screen mobile phone, RouPai, before the outbreak of the folding screen opening, which was earlier than Samsung and Huawei, and was once known as the originator of the new form of mobile phone. Royole claims that its new ultra-thin color fully flexible display has a thickness of only 0.01 mm and a curling radius of up to 1 mm, and the third-generation cicada wing fully flexible screen greatly improves the bending reliability of the product.

The technology seems cool, but the product has always been difficult to gain market recognition. According to the company’s previously disclosed prospectus, from 2017 to the first half of 2020, Rouyu Technology suffered a cumulative loss of 3.195 billion yuan.

“Royole Technology is an early ‘player’ in the folding screen mobile phone market, but the sales volume of products has not increased, and the cost has not been able to come down, which has caused it to lose the battle today when folding screen mobile phone manufacturers emerge in an endless stream and products are iteratively upgraded. Next, folding The screen mobile phone market will also undergo a new round of reshuffle, and some brands will be eliminated.” Yuan Bo, a researcher and communications engineer at the Institute of Understanding, believes, “The loss situation of Royole Technology is difficult to change in the short term. Mainstream suppliers are relatively mature. Compared with domestic BOE and Visionox, Royole has failed to become a mainstream supplier in the supply chain, even on the edge.”

In his view, it is not only external competition factors, but Royole’s own wrong business strategy has also caused it to lose the best window of opportunity. “BOE has also faced losses, but its technical route is in line with the market trend, and the commercialization of the technology has been realized. Rouyu Technology is a typical enterprise that focuses on R&D and ignores the market. The business is not focused and the position of the supply chain is not clear. Yu Technology has its own research and development technology, but instead of taking advantage of this advantage to cooperate with leading smartphone companies, it has invested a lot of money in its own mobile phone production line. This heavy-asset model has led to high R&D costs for Royole Technology. There is no established mobile phone brand, disjointed in the market.”

At present, low-temperature polysilicon technology is widely used in the OLED screen market, and the ultra-low temperature non-silicon process integration technology adopted by Royole has been controversial because of the poor performance of the applied products. At the same time, the flexible technology of folding screen is still in the early stage of development, the prospect is not yet clear, and the high cost has caused many resistances for manufacturers in the industry chain. Looking at the market, display companies such as BOE and TCL Huaxing have diversified their products while developing flexible screens, and have cooperated with mobile phone manufacturers to make up for the high R&D expenditure.

Wang Peng, a researcher at the Beijing Academy of Social Sciences and a researcher at the Intelligent Social Governance Research Center of Renmin University of China, said in an interview with the “Securities Daily” reporter that the current application scenarios and space for folding screens are still broad, and folding screen mobile phones are in the stage of heavy volume, from the entire industry. From the point of view, fully flexible technology is still in the sprint stage. Whether it is ultra-low temperature non-silicon process integrated ULT-NSSP technology or low temperature polysilicon LTPS technology, there is still a long way to go, and the development potential of commercial value cannot be ignored. If Royole can quickly adjust its positioning, better combine technology research and development with commercialization, focus on technology and business, and build an ecosystem with partners, there will still be opportunities.

“The money has been burned, and it is still unknown for Royole whether there will be capital to extend an olive branch again.” The above-mentioned former Royole employee said.

Can Royole Technology break through in the "Eye of the Storm" with the loss of employees and the freezing of assets?cnBetapoint of view
0 comment 0 FacebookTwitterEmail
previous post

WHO: The cumulative number of confirmed cases of new crown in the world has reached 609,848,852 – Xinhua English.news.cn