The thirteenth “Double 11” has come to an end, and every time after “Double 11”, there is a high incidence of consumer disputes and complaints. On November 18, the China Consumers Association released an analysis report on public opinion on consumer rights protection during the 2021 Double 11 Shopping Festival. The report shows that during the “Double 11” promotion this year, price disputes, false shipments, and platform issues received the most attention.

The reporter learned that among the negative information related to “price disputes”, the volume of public opinion information was the highest on November 1, reaching 143,984 pieces. The price dispute was concentrated on November 1 and was related to the pre-sale deposit and final payment. Many consumers who are ready to pay the final payment find that the pre-sale price may not be the most favorable after various discounts are added.

Among them, the China Consumers Association named the phenomenon that “Converse and Fila’s flagship stores pay a deposit in advance, but consumers spend more money”. Consumers complained that when shopping at the Converse flagship store, they thought that paying a deposit in advance for “Double 11” would get cheaper. The balance plus prepayment is a pair of Converse 569.17 yuan, but only 558.50 yuan without prepayment; November 4, about FILA (Fila) The official flagship store’s pre-sale deceived consumers. Some consumers said that during the “Double 11” pre-sale period, the store’s promise in the live broadcast room was 2,000 yuan minus 400 yuan is the biggest discount, superimposed on Taobao official discount , The total is 700 yuan minus 2,000 yuan. At that time, it took a long time to grab the coupons. After paying a deposit to buy the coupons, the balance was paid at 0:00 on November 1. However, on November 2, the store released another 10,000 coupons with a stack of 2,000 yuan minus 900 yuan. There is no need to pay a deposit or grab any money. Those who paid in advance were cut off as leeks.

According to multiple reports, the platform refunded some consumers the price difference, but the subsequent refund requests of many consumers have not yet received a response from the customer service.

Among the negative information related to “false shipments”, monitoring showed that starting from November 1, many netizens complained that logistics information was not updated, and customer service robots could not communicate effectively with replies. After the public opinion continued to increase and fully interacted, netizens began to believe that the root cause was false shipments by merchants, which caused logistics information to no longer be updated for many days. The China Consumers Association named the problems reported by consumers of “no L’Oreal payment for 10 days” and “false delivery by Winona”.

(1) The promotional price is accused of too many routines

During the monitoring period, a total of 919,382 pieces of negative information related to “price disputes” were collected, with an average of about 38,308 pieces per day. The distribution of information volume showed a centralized trend. The volume of public opinion information was the highest on November 1, 143,984 pieces.

The price dispute was concentrated on November 1 and was related to the pre-sale deposit and the final payment. First, many consumers who are ready to pay the final payment find that after various discounts are added, the pre-sale price may not be the most favorable. The second is the dispute between the price difference between different live broadcasts, the price difference between live broadcasts and direct orders. In addition, the incident of Yuanqi Forest’s mistaken setting of ultra-low prices to ask users for refunds has also aroused heated discussions on the Internet.

Starting from November 1st, many netizens complained that the logistics information was not updated, and the customer service robots could not communicate effectively. After the public opinion continued to increase and fully interacted, netizens began to believe that the root cause was false shipments by merchants, which caused logistics information to no longer be updated for many days. 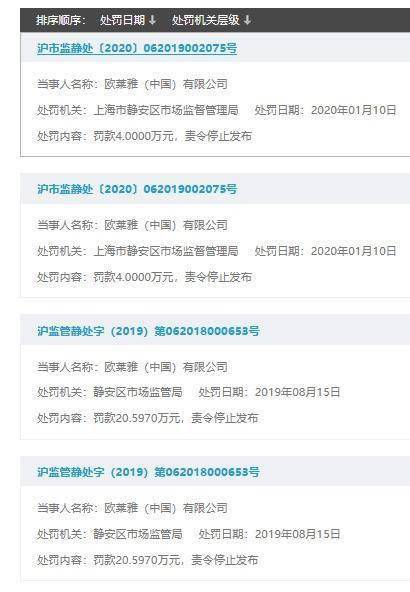 Netizen: I paid the balance at 12:30 in the evening on the 1st. It has been nine days since I was stuck in Beijing and I have not moved my position. The first time I called logistics, I was told manually that my needs had been raised, but today I called logistics to respond by robots.

From Beijing to Harbin, I didn’t expect to be motionless for nine days, and it’s been a long time since Double Eleven. It seemed like I had experienced this kind of thing for the first time.

Typical case: Winona Live claims to be out of stock

Netizen: #薇诺娜假送# It says that it will be shipped before 0:30 on the 3rd. It doesn’t matter if I send one on the 6th, I bought a hand cream for 600 yuan? Even if the gift is shipped first, the gift is wrong, right? Customer service reincarnation news, when asked, it is insufficient goods, what is it, your double 11 warehouse has a thief? When you enter the live broadcast room, you will be asked to refund and return the goods, which is laughed to death. How about double 11 to brush sales?