Home Business Dialogue with Wang Di, Fund Manager of Rongtong Fund: The shipbuilding industry is in the early stage of the upward cycle, and the unique OEM has the most investment value in the military industry | Daily Economic News
Business

Dialogue with Wang Di, Fund Manager of Rongtong Fund: The shipbuilding industry is in the early stage of the upward cycle, and the unique OEM has the most investment value in the military industry | Daily Economic News

Recently, some new energy sectors have stabilized after preliminary adjustments. How do you view the industry investment opportunities in the fourth quarter? Which industries have reached the point of deployment? In addition, which industries in the field of high-end equipment are worth paying attention to?

On the afternoon of October 15, Wang Di, Fund Manager of Rongtong Fund, visited the live broadcast room of “Hao Ge’s Afternoon Tea” on Weibo of Daily Economic News, and exchanged views with netizens on the themes and industries of the fourth quarter, especially investment opportunities in the high-end equipment field. .

The shipbuilding industry is at the beginning of the upcycle

During the live broadcast, Wang Di commented on a number of industries, but first he shared with investors his investment experience in the recent hot shipbuilding industry.

He pointed out that since the beginning of this year, the global shipbuilding market has bottomed out and rebounded strongly, and there has been a boom that has not been seen in ten years. Orders have been concentrated and heavy. The Baltic Dry Bulk Index has exceeded 3,000 points, and the shipbuilding industry has also ushered in a rare order in ten years. tide.

The shipbuilding sector once rose in 2019, mainly based on the expectation of the merger of North and South ships. But this round is different. From a fundamental point of view, the logic of this round of shipbuilding sector rise is not based on a one-time speculation themed investment, but a multi-year upward cycle brought about by changes in performance.

This is because the fundamentals of the shipbuilding industry in the past ten years have been very poor, and the shipping capacity has been extremely surplus ten years ago. After ten years, the current shipping capacity has gone from extreme excess to the balance between supply and demand. As the global economy gradually stabilizes, the demand for ships will continue to grow steadily.

In addition, after the epidemic, China’s status as a global factory has further improved, and the demand for basic daily necessities in Europe, America, and Southeast Asia has also become more dependent on China’s exports. The substantial increase in China’s exports has led to a substantial increase in the demand for ships. China’s container price index has probably risen by 260% from its lowest point to the present. The sharp increase in freight rates has brought ample cash to shipowners. Considering the current freight rates, one round-trip container transportation can recover the cost of ship purchases. Aroused the desire of ship owners to buy ships. Therefore, it can be seen that the shipbuilding companies have ample orders.

See also  The share price of Sony Holding Group plummeted 87%, and the market value evaporated by HK$12.3 billion. Over 13 billion debts due within the year_ratings

He pointed out that to construct any investment portfolio, we must first determine the most beneficial links in the industry chain, and then from the most beneficial links, we can choose leading companies with relatively high barriers to entry. As far as the military sector is concerned, the mid-upstream parts companies and downstream OEMs are worthy of investors’ focus.

Specifically, because they are in the middle and upper reaches of the industrial chain, component companies are generally “a prophet of the spring river plumbing duck” for the prosperity of the industry. From the perspective of order volume to performance transmission, middle and upper reaches component companies will take the lead in releasing performance. , Whether it is electronics or hardware components, the matching degree of the performance and valuation of these companies is relatively high. Among the newly listed stocks in recent years, companies that have done well in some sub-sectors can be selected.

See also  Webtax, a lot of ado about (almost) nothing. But Italy earns half a billion

The biggest advantage of the OEM is its uniqueness. For example, fighter jets, helicopters, transport aircraft, etc., each link of the basic industrial chain is only one company doing it exclusively, and there is no competitor. The kinetic energy of its stock price growth comes from the kinetic energy released by future performance. At present, from the order point of view, the entire industry chain is relatively optimistic, and it is a matter of time before it is transmitted to the performance end.

The main reason why OEMs have criticized the market before is that they have no incentive to release performance. But recently, equity incentives including OEMs have been carried out, and the entire military industry has also begun to carry out reforms. Sooner or later, these OEMs will have performance release capabilities that match the orders. The conclusion is that the high-speed growth of mid-upstream components and unique OEMs have the most investment value in the military sector.

He pointed out that China is the world’s largest basic market, and both emerging industries and traditional industries can find some investment opportunities in so-called high-end equipment. Its definition is very broad, and the key is to consider the position of the current segment of the investment target in the short-term and long-term cycles. If it is a long-term optimism, but may be in a small down cycle in the short-term, then investors should fully consider the length of investment time, and whether the performance of the investment target can meet the consensus expectations of the market.

See also  Stock exchanges no longer go up on autopilot, we need a new strategy of action. Fugnoli (Kairos) indicates the two mistakes to avoid

He particularly emphasized that what should be paid attention to in the automotive sector is not only this year’s hot new energy vehicles, but also traditional vehicles. The entire automotive industry is at an inflection point.

First of all, the shortage of automotive chips has now seen a relatively obvious improvement from the previous month, and this improvement seems to be sustainable. Since the beginning of this year, many vehicle manufacturers have very low inventories. As the chip shortage eases, dealers will have increased demand for restocking.

In addition, as automobiles are an important civilian market, it is very certain that self-owned brands of automobiles will continue to erode the share of joint venture brand automobiles in the future. Because from the observation of consumers, no matter from the design of the whole car, the interior and exterior decoration of the car, or the humanized and intelligent design, Chinese cars have been significantly improved. The short-board engines and gearboxes of China’s automobile industry have also improved very rapidly in recent years. In addition, in terms of new energy vehicles, China’s competitiveness in the three-electric system is also ahead of joint ventures. Even if the macroeconomic growth slowdown in the second half of this year or next year may have a certain impact on consumption capacity, domestic brand cars can still achieve good growth by increasing market share. Therefore, from the perspective of next year or even longer term, the automotive sector is still a high-end equipment field that is currently worthy of attention. 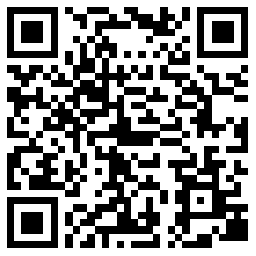 Smart working, Confesercenti: good guidelines but it is...