Ding Yun, a 53-year-old Huawei executive, dies; it is rumored that the United States will introduce new regulations on chip technology control in China; Boston Dynamics promises not to make war robots – yqqlm

Original title: Ding Yun, a 53-year-old Huawei executive, passed away; it is rumored that the United States will introduce new regulations on chip technology control in China; Boston Dynamics promises not to build war robots

Beijing time on October 8th, Ding Yun, President of Huawei Enterprise BG and President of Carrier BG, unfortunately passed away in the early morning of October 7, 2022 due to a sudden illness, at the age of 53.

According to information on Huawei’s official website, Ding Yun is the vice chairman of Huawei’s board of supervisors and the head of the general cadre department. He joined Huawei in 1996 and has been working in Huawei for 26 years. During this period, he also served as President of Huawei Product Line, President of the Global Solution Sales Department, President of Global Marketing, and President of Products and Solutions.

It is reported that Ding Yun died unexpectedly after a 28-kilometer long-distance run. In the Huawei Xinsheng community, many Huawei employees went to pay their respects, and many people said that Ding Yun was a “kind and elegant” and “approachable” leader, and his unexpected death was regrettable. (Source: Fast Technology)

In the morning news on October 8, Beijing time, Meta said on Friday that it will send account security notices to about 1 million Facebook users whose accounts may be at risk by downloading malicious apps from Apple and Google’s app stores.

Meta said it found more than 400 Android and iOS apps this year that were designed to steal user login information. Meta said it had notified Apple and Google of the incident and helped it remove the apps.

Meta said the apps were masquerading as photo editing, mobile games or health-tracking software to trick users into providing account information. Apple said 45 of the 400 problematic apps were from the App Store and had been removed. A Google spokesman said the company has also removed all problematic malicious apps. (Source: Sina Technology)

US electric pickup maker Rivian recalls nearly all of its vehicles

On October 8, local time, American electric vehicle manufacturer Rivian said on the 7th that it is recalling almost all vehicles it produces due to loose fasteners on the vehicle’s front suspension. A total of 12,212 vehicles are involved in the recall, according to the company’s filing with the National Highway Traffic Safety Administration.

Rivian said in a statement that it has received seven reports that may be related to the above problems, and there are no reports of injuries. The company also said in its statement that it has the ability to inspect all affected vehicles and make necessary repairs within 30 days. (Source: CCTV News)

Rumor has it that the U.S. will announce new regulations on China’s semiconductor technology export controls this week

Beijing time on October 7th news, according to Bloomberg and other media reports, the US Department of Commerce plans to introduce a package of new measures this week to further restrict China‘s access to advanced semiconductor technology, as well as semiconductor equipment for logic and memory chip production, Tools such as software, in addition, advanced quantum computing is another goal under discussion.

The new measures will reportedly tighten restrictions on which semiconductor technology can be exported to China, and include codifying previous company-specific guidance that would build on a Trump-era rule to pass Companies around the world are prohibited from selling to Huawei products made using U.S. technology, machinery or software.

Some Chinese companies, government research labs and other entities are expected to face restrictions similar to those of Huawei, foreign media reported, citing people familiar with the matter. In effect, any company using American-made technology will be blocked from selling to Chinese entities blacklisted by the U.S. government. It is unclear which Chinese companies and laboratories will be affected.

In addition, the U.S. government is expected to try to control the sale of cutting-edge U.S.-made tools to China’s domestic semiconductor industry. Washington plans to limit the sale of U.S.-made microchips to China‘s most powerful supercomputing and data center projects, sources said. (Source: TechWeb)

PICO 4 carrying case has hidden dangers and announced a recall, will be updated before October 21st

On October 8th, a number of users reported that they had received a recall text message from the PICO official flagship store, suggesting that the replacement carrying case that came with the PICO 4 could be returned, saying that the original carrying case may cause wear or scratches to the host. risk. PICO said in the text message: “Because the PICO 4 carrying case you have purchased is at risk of being worn or scratched when storing the host, we hereby inform you by text message that you can contact the store’s customer service to assist in sending it back for a replacement, and hereby give you We apologise for the inconvenience caused.”

On September 27, PICO officially released a new generation of VR all-in-one machines, the PICO 4 series, in the Chinese market. This is the first time that PICO has released an upgraded product since it was acquired by ByteDance. Regarding the recall incident, the relevant person in charge of PICO responded that it was found that the PICO 4 carrying case had hidden dangers that could easily cause the appearance of the host. In order to better protect the rights and interests of users, it is decided to urgently optimize the design of the carrying case and accelerate the production of the new PICO 4 carrying case to reduce the occurrence of this risk. It is expected that the update and upgrade of the new portable bag will be completed before October 21 this year, and the replacement procedure of the user-side portable bag will be started. (Source: Sohu Technology)

Ministry of Public Security: The number of new energy vehicles in the country reached 11.49 million, accounting for 3.65% of the total number of vehicles

According to the news on October 8, the latest statistics from the Ministry of Public Security show that as of the end of September 2022, the number of motor vehicles in the country has reached 412 million, of which 315 million are cars. The number of new energy vehicles reached 11.49 million, and 3.713 million were newly registered in the first three quarters.

Beijing time on October 8th, a semiconductor supply chain person broke the news to the media that Tesla’s new generation of self-driving chips (FSD) is expected to be in TSMC in 2023, based on the 5nm process platform, is expected to be in the second half of 2023. mass production. The source also revealed that in order to strengthen the efficiency of cooperation with the supply chain, Tesla will expand the design team in Taiwan Province of China.

Tesla’s current FSD chip (Autopilot Hardware 3.0) is manufactured by Samsung Electronics, using the company’s 14nm process technology. It was expected that the next generation of products will be mass-produced on Samsung’s 7nm process platform. 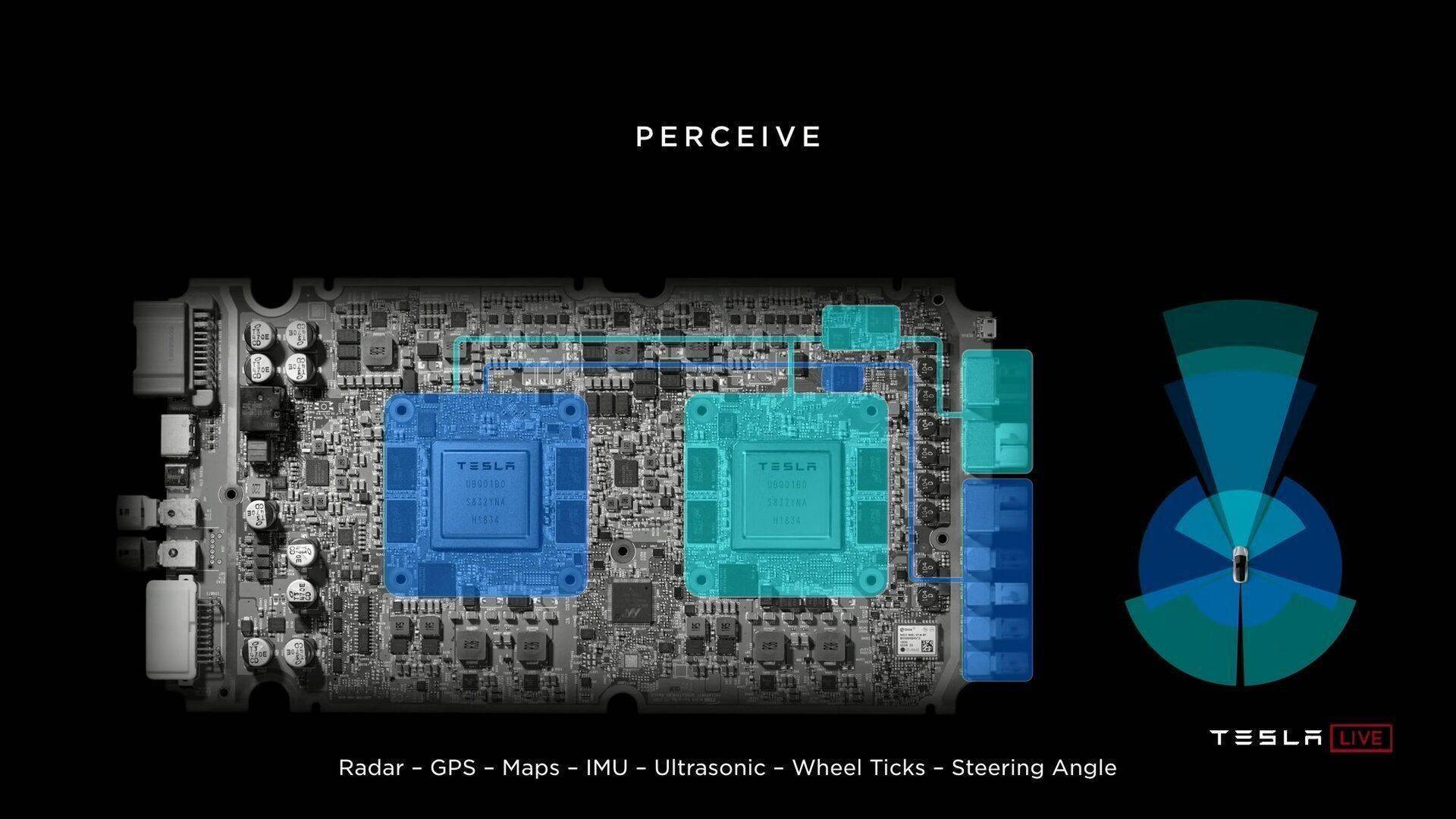 At present, Tesla has become a customer of TSMC. At the technical forum held in North America in mid-June this year, TSMC also invited Peter Bannon, Tesla’s vice president in charge of FSD chip business, to share the case of cooperation with TSMC on the spot, which attracted the attention of the outside world. (Source: Jiwei Network)

Tencent has been authorized based on AR video data processing patent

According to the news on October 8, according to Tianyancha information, recently, the patent of “Augmented Reality-based Video Data Processing Method, Device and Storage Medium” applied by Tencent Technology (Shenzhen) Co., Ltd. was authorized.

Concerns about misuse of robots made by Boston Dynamics and similar companies continue to expand. To prevent the emergence of killer robots, some robotics companies have published an open letter pledging not to weaponize robots and imploring users not to do the same. 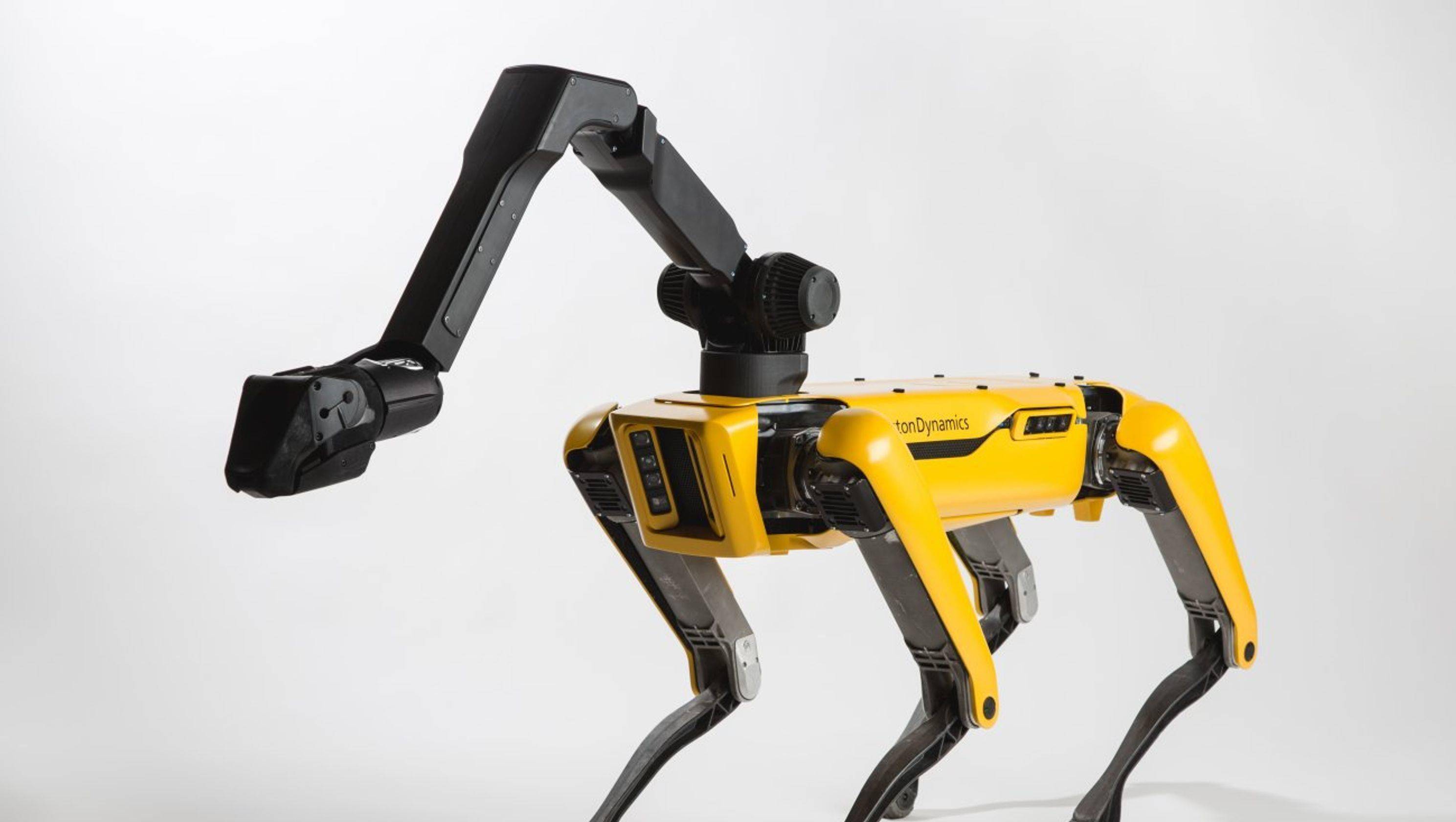 Last October, Ghost Robotics showed off a robotic dog with a sniper rifle mounted on its back. Another demonstration video circulated on social media earlier this year showed a quadruped robot carrying an assault rifle on its back and firing at targets on a range, combining the robot with lethal weapons.

Therefore, Boston Dynamics, along with a series of robotics companies such as Agility Robotics and ANYbotics, recently expressed their concerns about the possibility of robotics being used in warfare. In an open letter to the industry, they said that advanced commercial robots are becoming more affordable and accessible, and their potential for abuse is increasing. “We believe that adding weapons to remotely or autonomously operating robots, widely available to the public, and capable of navigating previously inaccessible places where people live and work presents new risks of injury and serious Ethical issues.” (Source: IT House)Return to Sohu, see more

The peach blossoms of the zodiac help sweet love_Emotion_Aspect_Bodhisattva