in becomingDunAn environmentholdingshareholderafter,Gree ElectricAnother shot was made. It is planned to transfer 9.71% of the company’s shares held by Dunan Holdings. Since it already holds 29.48% of the shares, doing so may trigger a general tender offer obligation.It is worth noting that at the end of April, Dunan Holdings justZijin MiningSigned an agreement, the proposed price of 652 million yuan, soldDunAn environment9.71% of the shares.

On May 11th,DunAn environmentThe stock price rose by the daily limit in advance, closing at 7.93 yuan per share as of the close, and the latest total market value was 7.3 billion yuan.In addition, the shield environmentannouncementwill open on the morning of May 12Suspensionthe suspension is expected to last no more than 2 trading days.

However, the company also stated that since DunAn Holdings hasZijin MiningInvestment (Shanghai) Co., Ltd.,Zheshang BankHangzhou Branch of Co., Ltd. signed a relevant share transfer agreement for 9.71% of the company’s shares. Gree Electric Appliances and DunAn Holdings still need to further negotiate with the relevant parties on the transfer of this agreement. There is still uncertainty about whether the transfer of this agreement can be implemented.

The announcement also stated that the stock of DunAn Environment will be suspended from the opening of the market on the morning of May 12, 2022 (Thursday), and the suspension is expected to be no more than 2 trading days.

It is worth noting that the aforementioned Zijin Investment isZijin Mining100% holding company.just april 29Zijin MiningThe announcement stated that DunAn Holdings intends to package and sell its four assets for the purpose of optimizing the debt structure. On April 28, the company and DunAn Holdings,Zheshang BankHangzhou Branch signed the “Cooperation Agreement”, the company plans to invest in the acquisition of the target asset package, and the total transaction price is RMB 7.682 billion. The underlying asset package includes: 89,069,400 unrestricted tradable shares held by Dunan Holdings, an A-share listed company Dunan Environment, at a price of 652 million yuan.

Relevant data shows that as of April 27, Gree Electric holds 29.48% of Dunan Environment, which is the largest shareholder, while Dunan Holdings holds 9.71% and ranks as the second largest shareholder. more than 3%. Therefore, this time Gree Electric,Zijin MiningThe investment of two billion-dollar leaders has attracted much market attention.

In fact, Gree laid out the Dunan environment very early.

In February this year, Gree’s acquisition of Dunan Environment’s equity passed the anti-monopoly review; at the end of April, Dunan Environment announced that this share transfer has been confirmed by the Shenzhen Stock Exchange. Recently, the equity transfer registration procedures have been completed, and the transfer date is 2022 On April 27, 2018, the nature of the shares was unrestricted tradable shares. This means that Gree Electric has officially entered the DunAn environment.

So, as a white appliance giant, Gree Electric, why does it deploy a Dunan environment? Let’s take a look.

Previously, Gree Electric stated that the acquisition of Dunan Environment is an important measure for the company to build a diversified and technology-based global industrial group, ensure the independent control of core components, improve the layout of the industrial chain, and further consolidate business competitiveness. DunAn Environment’s air conditioning and refrigeration components business has deep technical accumulation and good manufacturing capabilities, and has a complete matrix of new energy thermal managers related products, and has carried out business cooperation with many well-known domestic enterprises. Gree Electric is optimistic about the industrial value of Dun’an Environment as a leading company in the global refrigeration components industry. It plans to further improve the competitiveness of the company’s upstream core components of air conditioners and the stability of the supply chain through this transaction, and give full play to the business synergy between the company and the target company. Improve the industrial layout of the company’s new energy vehicle core components.

It can be seen that Gree’s acquisition of Dunan Environment is mainly from the perspective of business synergy, as well as the layout of new energy.

However, the operating situation of DunAn Environment is not optimistic. 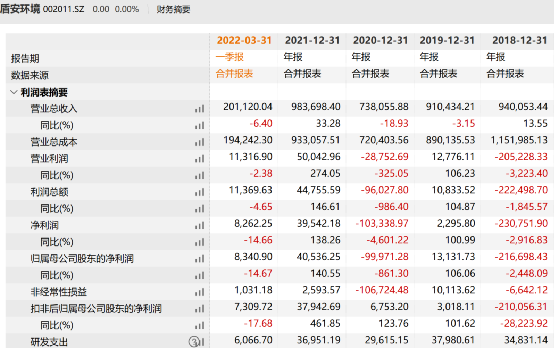 From the perspective of stock price performance, after Gree announced its investment in November last year, Dunan Environment’s stock price rose one after another, and once rose to a stage high of 16.32 yuan per share. But this year, it has been falling and falling, and it has fallen more than 42% since the beginning of the year. As of the close of trading on May 11, Dunan Environment had a daily limit, and there were still more than 30,000 orders on the daily limit, at 7.93 yuan per share, with a total market value of 7.3 billion yuan. 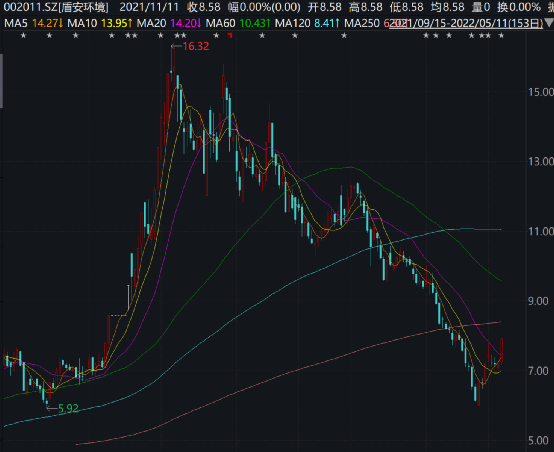 A virtuous circle of finance and real economy...