CNR Beijing, September 3 (Reporter Guo Yanwei) Recently, the “Second Quarter 2022 Douyin Security Transparency Report” was officially released (hereinafter referred to as the “Report”). The “Report” shows that preventing and managing online violence, cracking down on fraud, rectifying bad live broadcasts and regulating advertisements are the focus of platform governance in the second quarter. In this regard, the platform banned a total of 1.08 million fraudulent accounts in the second quarter, and banned or banned 2,371 accounts that were involved in publishing online violence information. On average, 120,000 accounts suspected of minors participating in live broadcast consumption were blocked every day, and 2,000 offending users were banned. Information APP advertises on the platform.

“Metaverse” “NFT” investment has become a new way of fraud

“Invite you to join the group chat ‘XX Metaverse fan group'” “Free digital collections” “The world‘s first three-coin linkage NFT (non-fungible token) service”… Recently, the “Metaverse” “area” New concepts such as “blockchain”, “NFT” and “cloud mining” have been sought after by the market, and have also become new “choices” for online fraud.

The “Report” shows that in the second quarter, Douyin increased its management of financial fraud. Among all kinds of fraudulent content, the phenomenon of financial vertical drainage fraud increased the most, and the proportion of user reports increased from 0.53% in the first quarter to 5.82%. Among them, 84% of the reports came from the illegal drainage of illegal shares by posing as financial bloggers to recommend stocks. In addition, there has also been a phenomenon of fraud using the concept of “metaverse” and “NFT” investment as a gimmick.

The “Report” discloses that such new types of fraud usually first introduce virtual currencies (bitcoin, ether, etc.) or metaverse financial concepts (metaverse chain games, metaverse real estate, and metaverse assets), and then introduce the transactions of these products. The process, including how to register, buy and sell, and withdraw cash on the overseas virtual currency trading platform, eventually induces users to leave the platform and divert traffic to third-party fraudulent software or websites for “investment”. In this regard, Douyin has established a special financial fraud management project, which mainly combats investment fraud such as stock recommendation fraud, counterfeiting financial bloggers, and virtual currency. In June of this year alone, 3,300 accounts were punished for committing fraud on the grounds of “virtual currency”.

Data shows that from April to June this year, Douyin banned a total of 1.08 million fraudulent accounts, and punished more than 800,000 accounts by banning speech or writing. At the same time, in response to the advertising fraud in the name of recruiting part-time fitters and models in the second quarter, the platform handled about 1,200 risky advertising entities by means of pre-investment identification and post-investment monitoring, and cooperated with the police to crack down on fraud cases5 rise.

See also  National Health Commission: The overall risk of the national epidemic is controllable, the risk of a large-scale epidemic is small_Prevention and Control

Data shows that in the second quarter, there were 2,000 apps that were planning to advertise on Douyin, and there were problems such as unauthorized collection or use of personal information, forcing users to use specific functions, and forcing, frequent or excessive requests for user permissions. In this regard, Douyin has established a special APP advertising personal information protection management system, and refuses or obliges the advertisements placed by the above-mentioned APPs to take the initiative to remove them from the shelves.

For special groups, Douyin has established a special protection mechanism. In the second quarter, Douyin blocked more than 120,000 accounts suspected of underage users participating in live broadcast consumption on average, and removed more than 80,000 pieces of content that endangered the physical and mental health of young people every day.

In order to prevent and manage online violence, Douyin launched Xiaoan’s one-click anti-riot, private message temporary dialogue setting function, private message blocking word setting, live broadcast barrage management, one-click reporting and batch reporting in the second quarter, and added functions in the comment input box. “Good language creates good relationships” is a positive guide, and it is carried out in three stages: before, during and after the event, to prevent and control cyber violence. In the second quarter, the platform banned or banned 2,371 accounts, handled more than 12.35 million inappropriate comments, and removed more than 2,000 illegal videos.

In addition, the “Report” also introduces the governance of “false information”, “baby trafficking”, “worshipping money to show off wealth” and “infringement”. In the second quarter, the platform handled and marked more than 1.33 million videos with false content, handled more than 21,000 accounts that imitated others, handled more than 21,000 videos showing off wealth in violation of regulations, and cooperated with the public security in cracking down on 8 cases of suspected child abduction. More than 64,000 accounts were infringed. In addition to cracking down on violations of laws and regulations, Douyin also continued to improve the function of the security intelligent assistant “Douyin Xiaoan” to improve user safety. 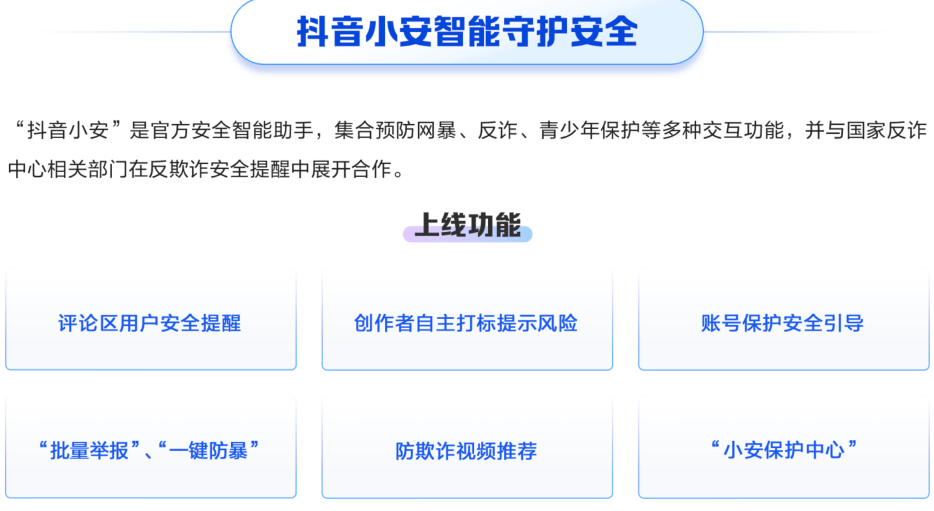 It is reported that this is the third consecutive quarterly security transparency report released by Douyin. “We hope to accept public supervision and suggestions with an open and transparent attitude, and join hands with all parties to protect the moat of cyberspace security.” The relevant person in charge of the Douyin Security Center said that the platform will continue to upgrade its product capabilities and improve system specifications and other measures. Protect the interests of users, create and maintain a civilized and harmonious community atmosphere.Return to Sohu, see more

“The Courtyard of Francis” in Assisi – Vatican News