EC6 collided with fire and killed the owner. Weilai executives: the battery pack is basically intact

Due to the existence of power batteries, safety incidents of pure electric vehicles are more likely to cause concern. On July 30, according to media reports, a serious traffic accident occurred at Lingang Avenue in Pudong New District, Shanghai at around 5 a.m. on July 30. An EC6 vehicle was seriously damaged after hitting the isolation stone pier at high speed, and it caught fire and burned. , The driver was unfortunately killed. 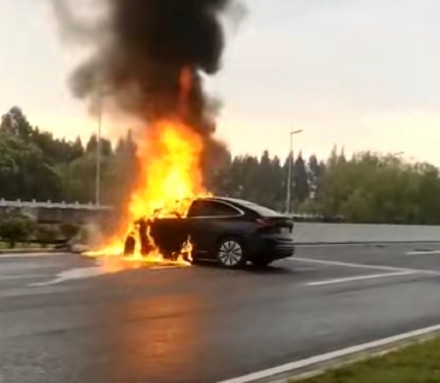 After the incident, Weilai Automobile also expressed condolences for the first time and organized a team to help with the aftermath and accident investigation.

After the incident, Li Bin, the founder, chairman and CEO of Weilai, said: “I was very sad to hear the news early in the morning. I mourned the tragic death of the user. A team has been organized to help with the aftermath and the investigation of the accident.”

It is worth noting that the Weilai EC6 is a pure electric coupe SUV under Weilai. The subsidized price range is 368,000-52.6 million yuan. The car is fully equipped with ternary lithium batteries.

Xia Qinghua, general manager of Shanghai Weilai Automotive User Service Co., Ltd., posted in the Weilai APP that he and his colleagues were at the scene. According to the preliminary judgment of the damaged vehicle, the battery pack was basically intact.

Half-way forward: the total number of gold medals will surpass Rio, China hopes to return to the second place in the gold medal list-Chinanews.com