The official Weibo of China News Agency reported on the 20th that on the evening of the 19th, the Guangdong Shenzhen Futian police dispelled rumors about the false information related to Evergrande and reported the handling of the incident.

According to the report, some netizens recently posted a picture on the Internet entitled “Notice on the case of Evergrande Internet Financial Services (Shenzhen) Co., Ltd. on the suspected illegal absorption of public deposits”, which aroused the attention of some netizens. After verification by the police, the content of the picture is false and is forged, and a case has been filed for investigation. The police confirmed that the online “Notice on the Periodic Compensation of Evergrande Financial Services” was a forgery and arrested 5 criminal suspects suspected of committing fraud.

On the evening of the 19th, Evergrande Group also issued an announcement stating that recently, the “Notice on Holding the National Evergrande Wealth Investor Conference” was circulating online. After verification, the notice was forged and was not officially issued by Evergrande Financial Wealth Management (Shenzhen) Co., Ltd., a subsidiary of our group. Investors are requested not to believe rumors. All information is subject to official announcements. The company reserves the right to further pursue the legal responsibility of those who make and spread the rumors.

However, the Shenzhen police arrested people and the Evergrande Group’s announcement of refuting rumors did not alleviate market suspicions, and panic is still spreading.

And the people do not buy it. Some netizens questioned whether rights protection everywhere is also fake? I can see it! Some netizens also ridiculed, this one fell 16%! 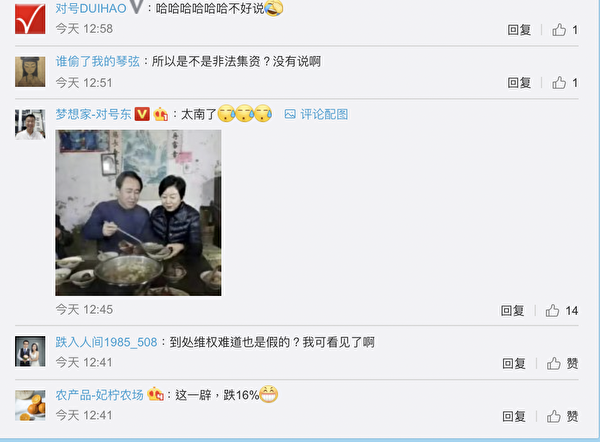 Evergrande Group was in a financial crisis. Its wealth management product “Hengda Wealth” expired on September 8 but was not paid. Victims across the country launched large-scale rights protection. On September 13, the Shenzhen Evergrande headquarters swarmed into a large number of victims from all over the country. The authorities dispatched a large number of riot police to clear the site. During the process, clashes occurred and some people were arrested. Several online rights protection groups on WeChat and QQ were blocked.

Evergrande Group issued a statement on the 13th, stating that the remarks about Evergrande’s bankruptcy and reorganization recently appeared on the Internet are completely untrue. Evergrande has indeed encountered unprecedented difficulties, but it still goes all out to resume work and production, guarantee the delivery of buildings, and protect customers. Legal rights. However, Evergrande’s statement could not dispel market suspicions, and the people’s rights protection actions continued.

At the same time, many major banks of Evergrande have made provisions for losses on related loans, and some banks plan to extend the term of short-term loans. Reuters reported that this shows that Chinese financial institutions are preparing for the possible collapse of Evergrande.

Spontaneous combustion after spending 100,000 yuan on repairing Zhengzhou soaking water truck in less than a week | Zhengzhou Flood | Into the second-hand market | Overhead