According to foreign media reports, the electronics production giant Foxconn is trying to enter the automotive field. Recently, several photos appeared on the Internet. It is rumored that the photos taken are the company’s first electric car. Foreign media claimed that the photo appeared to be taken in Thailand or Taiwan, and the brand name of this Foxconn car might be “Foxtron”, and the word appeared on the front of the car. It is still uncertain whether the car is a fully functional prototype car, but its exterior design is already worth discussing. 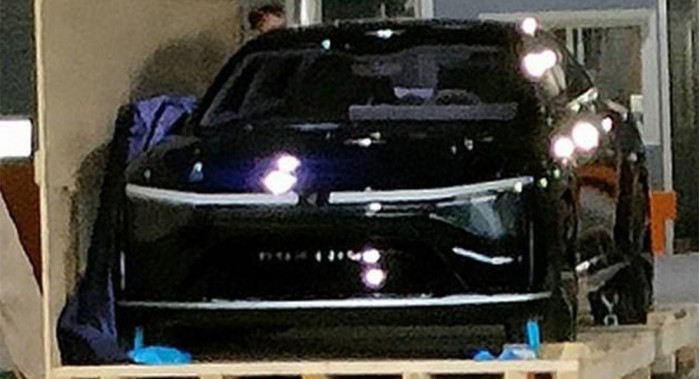 1. At first glance, this electric car called Foxtron seems to be very similar to Lucid Air, but Foxtron’s edges and corners are more distinct, especially the very conspicuous LED headlights and penetrating light bars on the front of the vehicle;

2. Because it is a pure electric car, the car does not have a traditional air intake grille, and the front of the car adopts a fully enclosed design;

3. Another photo of the front angle of the front of the car shows that Foxtron is equipped with silver and black two-color wheels. In addition, Foxconn has replaced the traditional rearview mirror with a camera;

4. The side windows of the vehicle are blocked, but we can see the digital dashboard and infotainment system screen in the car through the windshield.

The outside world still knows little about the details of the car, but it will be officially unveiled on October 18. In addition, it is understood that Foxconn plans to start mass production of electric vehicles in the United States and Thailand in 2023.

See also  Didi Chuxing was interviewed again: online car-hailing services will be suspended if rectification is not in place-IT and Transportation-cnBeta.COM