Exposure that iPhone 13 has begun production: mass production will begin in August-Apple iPhone

According to convention, Apple will officially release a new generation of iPhone in September this year. There have been many differences in the naming of the phone. However, according to the latest news of the supply chain, Apple has planned to name the new phone “iPhone 13”. Recently, two of the most important iPhone foundries in China have been affected by bad weather.Zhengzhou Foxconn suffered heavy rains and floods, and the landing of typhoon fireworks also affected the Shanghai Pegatron factory. The outside world was worried that it would affect the production of iPhone 13 and even its release as scheduled.

In response, reporters from relevant media visited Shanghai Pegatron and surrounding labor service companies.At present, the iPhone 13 is already in production, and mass production is expected to start in August.And in order to cope with the peak season of iPhone processing, Shanghai Pegatron and Zhengzhou Foxconn both offered attractive benefits. Among them, new employees of Zhengzhou Foxconn can receive a bonus of over 10,000 in three months.

From the current situation of all parties, weather such as heavy rains and typhoons have not had too much impact on the production of iPhone 13, and will still ensure that Apple is released on schedule in September and can provide sufficient production capacity.

According to previous news,There will still be four models in the iPhone 13 series, namely iPhone 13 mini, iPhone 13, iPhone 13 Pro, and iPhone 13 Pro Max.The overall design is somewhat different from the previous generation.

See also  WeChat: The next version will not consume too much battery life in the background to reduce the burden on the iPhone-Tencent WeChat

First of all, the appearance is one of the most obvious upgrades this year.At present, it is basically confirmed that the iPhone 13 series will be equipped with small notch displays. This is the first time that Apple has reduced the notch area in four years.It will bring a larger screen-to-body ratio, effectively improve the visual effect, and the screen size will still maintain the three sizes of 5.4/6.1/6.7 of the previous generation.

In terms of configuration, all iPhone 13 series will be upgraded to the latest self-developed A15 bionic chip.Earlier news said that the chip still uses the 5nm process, but it has upgraded the second-generation 5nm process of TSMC, which will effectively improve the energy efficiency ratio, and the 5G performance will also be further improved. 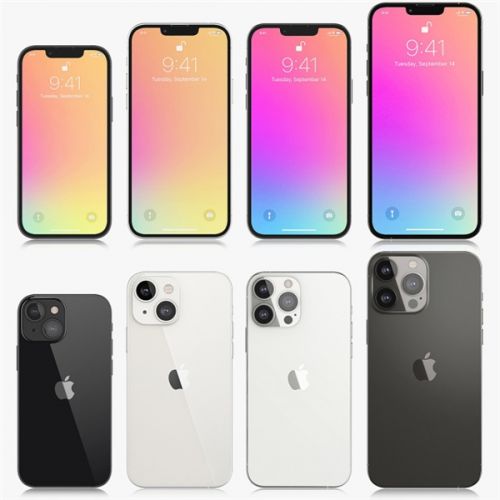 “Task Force X: All Assembled” the media received a lot of praise from IGN and GS with 9 points-WarnerMedia-DC Entertainment

The Pope sends a letter of condolences to the death of Palazzo’s father, chairman of the S. Egidio-Vatican News