Goodbye Lamborghini Aventador, the era of the traditional V12 ends

Goodbye Lamborghini Aventador. With the production of the latest model built in Sant’Agata Bolognese, in a special Ad Personam blue color and destined for the Swiss market, Lamborghini is also putting an end to the long tradition linked to V12 engines. Farewell to the twelve-cylinder in the name of an increasingly widespread downsizing among supercar manufacturers? In reverse. Lamborghini will continue to produce V12 engines but will do so by combining an electric unit, thus creating a twelve-cylinder plug-in hybrid.

Presented at the Geneva Motor Show in 2011 as the Aventador LP 700-4, its name indicated the 700 horsepower, permanent all-wheel drive and rear longitudinal position of the engine. With a new Lamborghini V12 60 ° powertrain, developed entirely internally, it contained important new technologies, a design with a strong personality and top-level performance. The features described in its debut have remained the same over the years, across eight derivative models and 11,465 units delivered to customers around the world. More than ten one-off and limited editions were born from this model; set track records and won countless awards; it has been at the center of artistic projects; she has appeared in movies and video games; has won over customers, enthusiasts, children and the media all over the world with its inimitable design, its extraordinary performance, the thrilling engine sound and its incredible driving emotions.

The number of Aventadors sold exceeds that of all previous Lamborghini V12 models added together: in its fifth year of production, the company reached 5,000 units delivered, the equivalent of all Murciélago models ever produced, arriving to deliver the 10,000th Aventador in September 2020. 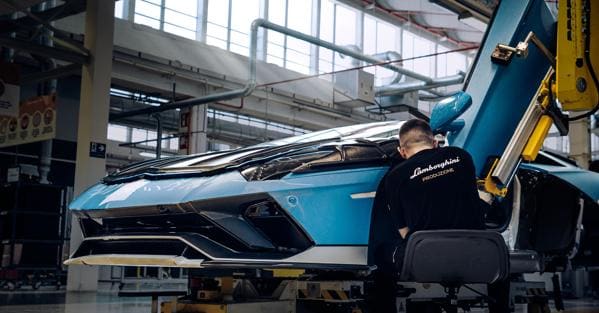 Innovation on a technical level was the heart of the Aventador project, led by the Research and Development department of Maurizio Reggiani, at the time Chief Technical Officer Lamborghini, in close collaboration with Centro Stile, who adopted an approach that aimed to start from scratch. The lightweight carbon fiber monocoque – unprecedented for a production car – designed and built as a single piece, weighing only 147.5 kg, was produced entirely in-house using Lamborghini’s patented Rtm-Lambo process. The monocoque ensured maximum torsional rigidity and safety for the occupants. With the birth of the Aventador, a team of “Flying Doctors” was also established who travel around the world to support dealers through specialist diagnoses and repairs to the carbon fiber monocoque in case of damage. The new 6.5-liter 12-cylinder engine, capable of delivering 700 horsepower at a maximum engine speed of 8,250 rpm, provided a staggering 0-100 km / h acceleration in just 2.9 seconds and a top speed of 350 km / h. With 650 Nm of torque and an optimized torque curve, the Aventador’s pulling power, dynamism, aerodynamic efficiency and driving precision, accompanied by the roar of the V12 engine, have evolved to keep the status and charm intact. legendary of Aventador throughout its history. 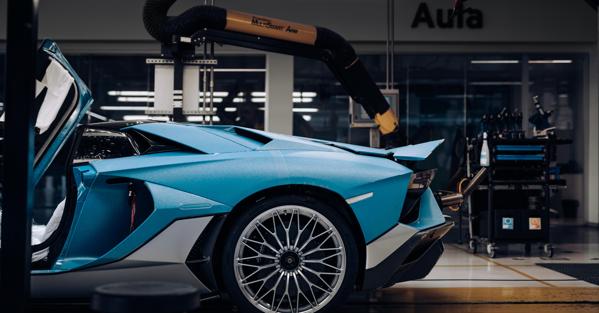 Aventador, tempi at the Nürburgring

The confirmation of the Aventador’s qualities came definitively with the times obtained at the Nürburgring Nordschleife: in 2015 the Aventador LP 750-4 SV completed a lap under seven minutes recording a time of 6: 59.75, while the Aventador SVJ claimed the record for Lamborghini in 2018, with a time of 6: 44.97.

Edward Snowden, who is the former NSA contractor who received Russian citizenship

The Index Continues to Decline, and the Global...