Home Business Haitian Flavor Industry and Condiment Association also issued a statement to fight back against the “double standard”: targeting Haitian to launch an attack on China’s condiment industry
Business

Haitian Flavor Industry and Condiment Association also issued a statement to fight back against the “double standard”: targeting Haitian to launch an attack on China’s condiment industry

In this regard, Haitian Flavor Industry released the statement “Responsibilities, Responsibilities and Appeals of Chinese Brand Enterprises” on its official Weibo on October 5. In the statement, Haitian Flavor Industry characterized the incident as targeting Haitian, launching an attack on China‘s seasoning industry, and gradually targeting the Chinese food industry other than seasoning during the National Day.

Haitian Flavor Industry said in a statement that food additives are widely used in food manufacturing around the world, including the United States, the European Union, Japan and other developed countries without exception. All countries have clear legal standards for food additives, and these standards themselves are neither high nor low, good or bad.

Haitian Flavor Industry said that formal food companies around the world will use food additives legally and compliantly according to regulations, standards and product characteristics, and label them clearly according to regulations. It is a misunderstanding to simply think that foreign products have few food additives, or that products with additives are not good. Haitian has also launched many delicious and inexpensive zero-additive products as early as ten years ago to meet the needs of different consumers.

Haitian Flavor Industry emphasized that Haitian products are not only sold well in China, but also exported to the world. They are also high-quality “Made in China” products. Since the food laws and regulations of each country and region are different, the corresponding product labels are also different, so it is not too much to say that one country (region) has one standard. Products are also one standard for one country (region), and the food industry at home and abroad and even many other non-food industries do this. This does not mean that any country is better than another, nor does it mean that exports are necessarily better than domestic ones. . Just like foreign food companies entering the Chinese market, they must also strictly abide by China‘s food regulations.

Haitian Flavor Industry said that as diversified consumer demand becomes more and more obvious, both domestic customers and foreign distributors will often put forward the demand for customized products, which is the inevitable result of market progress. Customized products will inevitably bring more and more product identification. The more, the quality of some is different, the name of some is different…. But they all need to be personalized under the premise of complying with relevant laws and regulations. The internal control standards of Haitian products are mostly higher or even much higher than the national standards. For products of the same quality, the internal control standards at home and abroad are consistent.

See also  The concept of hydrogen energy heats up again, and the fuel cell market has huge space_development_energy_industry chain

Haitian Flavor Industry said that using the so-called “double standards” to provoke contradictions between consumers and Chinese brand enterprises will not only damage the consumer confidence of Chinese people, but also seriously affect the world reputation of “Made in China“. 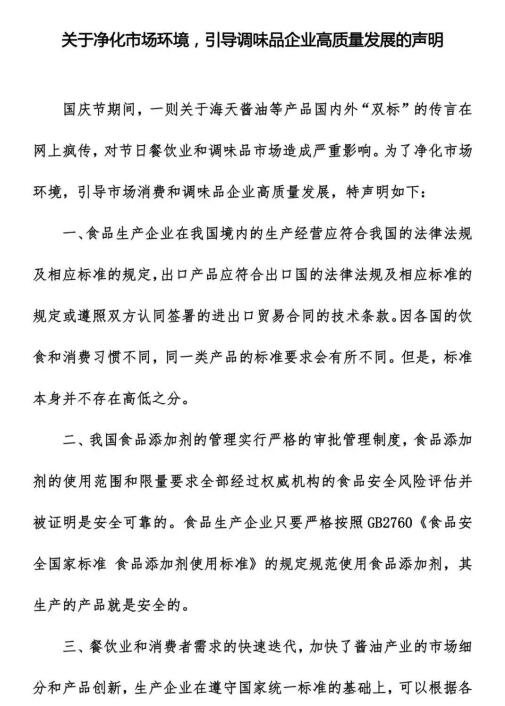 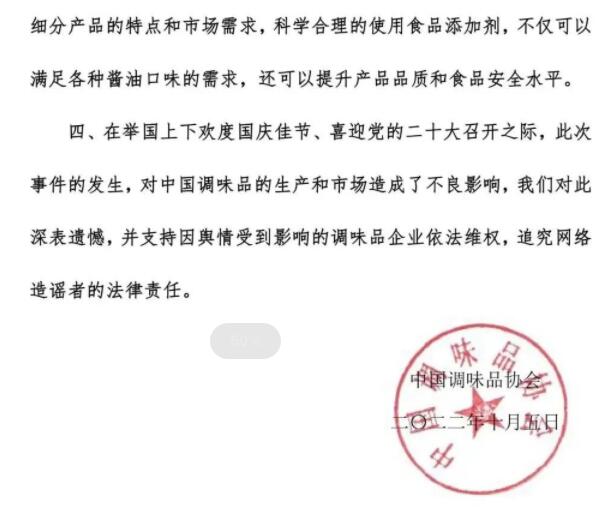 In the statement, the China Condiment Association also responded to Haitian’s statement that the standards themselves are not high and low. It is because of the different dietary and consumption habits of different countries, the standard requirements for the same type of products will be different.

In addition, Haitian also issued a solemn statement before that: All products of the company are produced in strict accordance with the “Food Safety Law”, and are subject to normal supervision and inspection by the national and all levels of food safety authorities at any time; all Haitian products contain food products. The use and labeling of additives are in line with the requirements of relevant standards and regulations in my country; for the video accounts that maliciously spread rumors and seriously hurt the Haitian brand in the incident, the company has commissioned a team of professional lawyers to investigate and collect evidence, and the legal responsibility of malicious rumor-mongers and disseminators will be traced to the end. 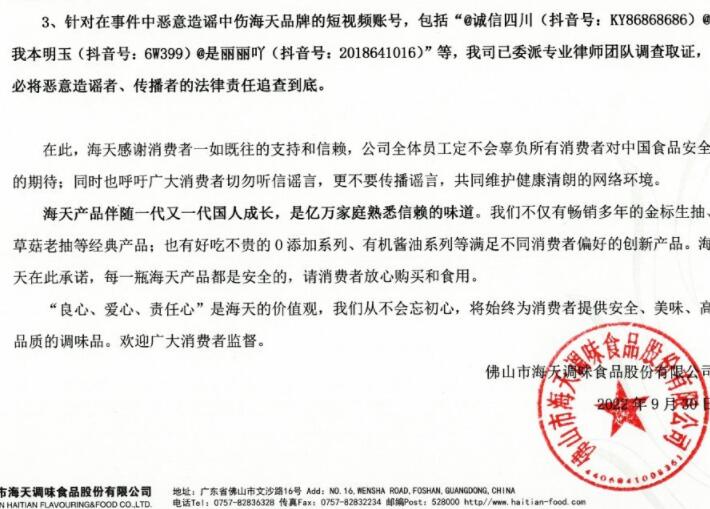 See also  The myth of "new stocks unbeaten" has changed: Many A-shares broke the first day of listing, and the new rules of inquiries hit new yields under pressure

Three green techs that innovate on light, food and air

Markets at the mercy of the Covid nightmare...

Unicredit, agreement on voluntary departures and hiring of...

Wall Street: US futures down, focus on November’s...

Crude Oil Weekly: How will the crude oil...

Pierrel completes the merger for the incorporation of...