The sales rankings of recent years speak for themselves: the crossovers, or as we once called them, the maxi-enduro (or even all-terrain), of medium-large displacement are very popular and are firmly at the top of the podium. It is in that slice of the market that games take place. For this Harley-Davidson wanted to enter with its first model of its kind: the Pan America 1250. Seen at Eicma 2019, the model divided the audience: purists with leather vests with the Hog (Harley owners group) have turned up their noses in front of the “intruder”; the lovers of adventure-touring (adventurous tourism on motorcycles, even off the asphalt) as well, wary of a historic manufacturer known for its cruisers and baggers.

After having tested it for two days on the magnificent Apennine roads around Reggio Emilia, we are convinced that the success of Pan America will be, in addition to the qualities of the bike (which are many), the marketing and road tests by the dealers, and on both fronts HD is definitely prepared. Yes, because Pan America is much more liked in live than in photos, and especially after the third or fourth exam: thanks to the breaking line compared to the current layouts, with a front that recalls the “Shark nouse” of the Road Glide and a particular rectangular lighthouse. 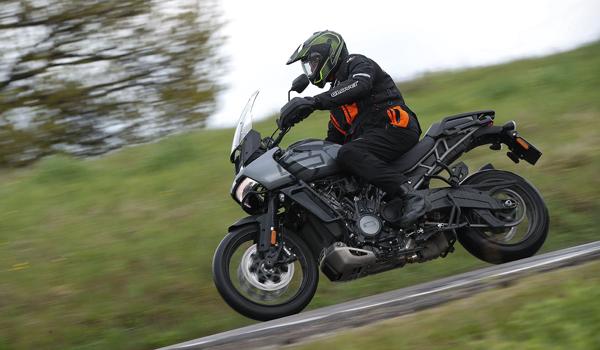 And then the new American conquers on and off the road, you have to try it for yourself to understand it: thanks to the Revolution Max, a 60 ° V-twin instead of the classic 90 °, but which then turn out to be 90 ° thanks to the internal construction. The price list will play a central role, which ends where the competition begins: 16,300 euros for the standard, 18,700 euros for the Special which offers additional goodies such as the semi-active suspension of Showa (the base has Showa fully manually adjustable). These are unusual prices for the HD range considering that Cornering Abs, Cornering Traction control and many other electronic driving assistance systems, including cruise control, are standard. 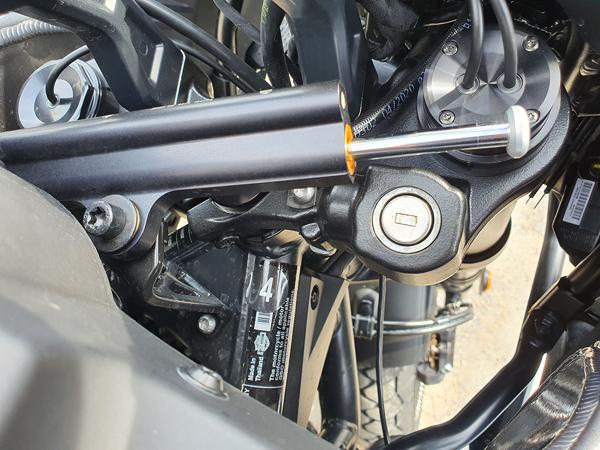 The 1,250 cc Revolution Max has liquid cooling, double balancing countershaft to contain vibrations and delivers an output of 152 hp at 8,750 rpm with 128 Nm of maximum torque already at 6,750 rpm. The final transmission is chain, the six-speed gearbox. The alloy wheels (the spokes are optional) measure 19 “at the front and 17” at the rear and are fitted with tires also suitable for light off-road vehicles, the Michelin Adventure Scorchers. The Pan America is braked by two Brembo monobloc radial calipers with 320 mm discs, while the single disc has a diameter of 280 mm behind it; combined braking is effective: braking at the front also activates the rear automatically. The tank capacity is 21.2 liters, while the weight in running order Pan America weighs 245 kg (258 kg for the Special) Seven riding modes available: Road, Rain, Sport, Offroad, Offroad +, and two customizable. 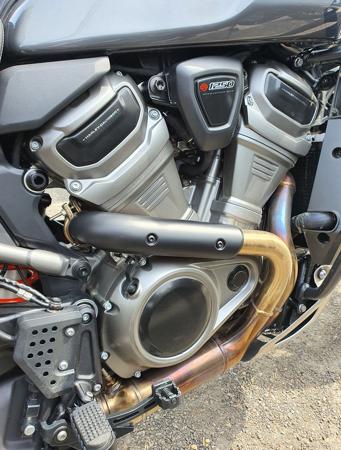 How it goes on the road and on the ground

The riding position is comfortable, with a well padded saddle placed at 875 mm from the ground (without tools it can be raised to 894 and lowered to 868 mm). Those who are short-legged, however, do not be afraid: a system (optional from 670 euros) automatically lowers the bike when you are about to stop, and places the saddle at 850 mm. In this way practically no one suffers from the 190 mm of suspension travel.

See also  The stock exchanges today, August 18, 2021. The lists are trying to recover, the minutes of the Fed are on the way
0 comment
0
FacebookTwitterEmail
previous post

South Sudan, three priests and several lay people in prominent positions in the diocese arrested for the bishop’s gambling