Futu Information, October 19 | The three major indexes continued to decline in morning trading, with the Hang Seng Index down 1.18%, the HSCEI down 1.46%, and the Hang Seng Technology Index down 2.59%. 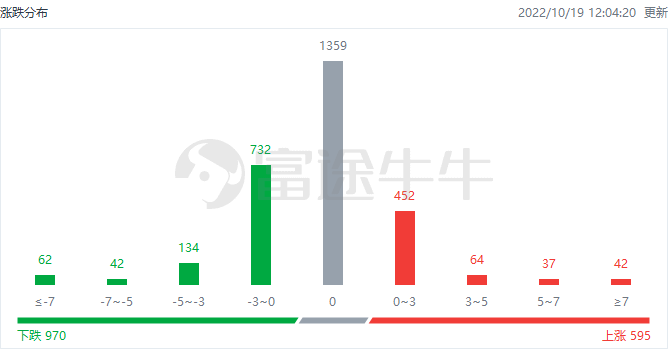 Mainland property stocks rose collectively, with China Resources Land and China Overseas Land & Development up about 2%. It is said that many housing companies are advancing the second round of financing.

Power stocks rose, CLP Holdings rose nearly 2%, and the power grid and pumped storage construction continued to increase in the third quarter, and the driving effect of power investment will appear.

Apple is reported to cut production of the iPhone 14 Plus, Apple concept stocks fell, and Sunny Optical Technology fell nearly 3%.

The bidding for Genting’s gaming license was unconditionally accepted, Macau’s gaming revenue fell 70% year-on-year, gaming stocks fell across the board, and Wynn Macau fell more than 4%.

In other respects, pharmaceutical stocks that have risen in a row have pulled back, and mobile game stocks, beer stocks, and semiconductor stocks have generally fallen.

With a surge of more than 11%, the Baltic Crude Oil Tanker Index rose for five consecutive days. The agency said that the future supply and demand gap in the oil transportation sector may reach a historical extreme.

Against the market, it rose by more than 9%. Institutions are optimistic about the continuous innovation of Oriental selection content and believe that it has a certain valuation premium.

Up nearly 3%, it is reported that BMW will invest another 10 billion yuan to expand battery projects in China.

Up nearly 7%, the agency expects that the Waukee Orenza is expected to become its first commercial product.

Down more than 4%, the company issued a statement today on the official Weibo, expressing its apology for the design and styling of some of the products in the “Dream Walk” show.

Bank of America said in a research report that Tencent is about to announce its third-quarter results. The bank continued to maintain its forecast for a decline in game and advertising revenue, and the trend is expected to be similar to the second quarter. The bank believes that Tencent’s efficiency improvement measures may ease its profit margin pressure, and its gross profit margin is expected to remain stable in the third quarter, at 43% quarter-on-quarter, and its IFRS operating profit margin will rise from 22% in the second quarter increased to 25%. In addition, Tencent has entered a “silent period” before its performance. Previously, its repurchase amount ranged from 44 million to 45 million US dollars per day from August 19 to October 11 (the same below), and increased to the period About 76 million to 77 million yuan per day in the first three trading days. The bank expects the group to resume buybacks after reporting its third-quarter results. 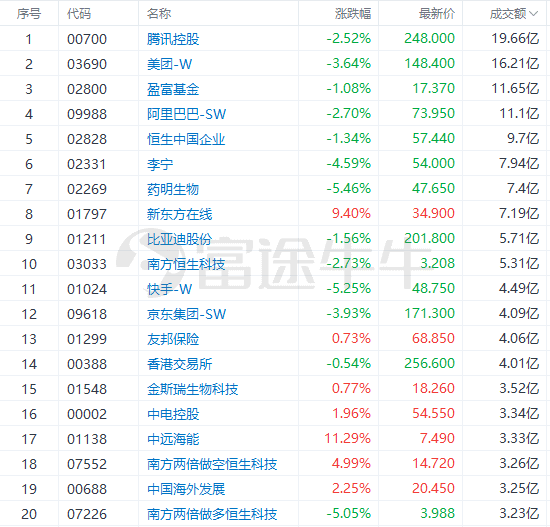 Risk warning: The opinions of the authors or guests shown above have their own specific positions, and investment decisions need to be based on independent thinking. Futu will endeavour but cannot guarantee the accuracy and reliability of the above content, and will not be liable for any loss or damage arising from any inaccuracies or omissions.Return to Sohu, see more

Coffee, if you are taking these drugs you should never drink it

The Norwegian fund knew the risks associated with...