Ideal for the first sales in June, the first new power, the new models have obvious effects-Sina Auto

At the end of the first half of 2021, the new energy market is still lively. With the increasing enrichment of brands and the continuous iteration of products, the overall sales performance is gradually rising. According to the data terminal retail data of China Automobile on July 12, the ideal ONE (configuration|inquiry) in June 2021 has 7827 vehicles, surpassing Weilai (7777) and Xiaopeng (6639) for the first time. China’s new power brand rushed to the first place in the sales ranking.

It is worth mentioning that Ideal Car currently has only one model of Ideal ONE on sale, while Weilai and Xiaopeng, both of which belong to the first echelon of new forces, have 3 models (ES8, ES6 (configuration|inquiry), EC6) and 2 models (P7, G3). This also proves that Ideal ONE—especially after the release of the new models in May—the “combat power” in the domestic market is indeed not to be underestimated. 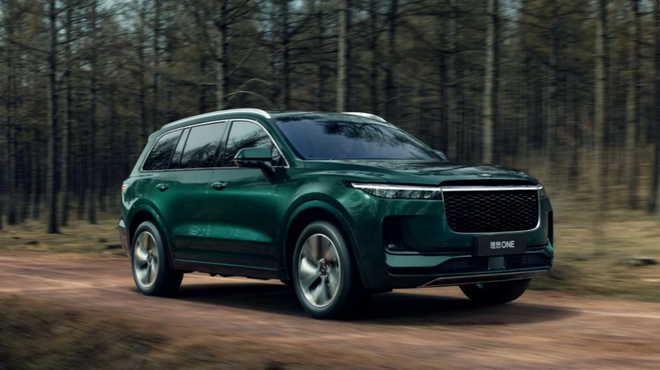 Even if the waves are rushed to the sand, the camp of new forces is still expanding, and there are more and more players who can fight. In this market environment, the “counter-attack” of the ideal car in June is also more prominent.

Looking back at the sales ranking of new forces in May, the ideal car ranking was surpassed by Nezha Automobile, slipping from third to fourth, falling out of the first echelon of “Wei Xiaoli”, which is regarded by many as an ideal car” The image of “left behind”. In the following month, Ideal Auto quickly halted this trend, with sales increasing by 61.6% month-on-month, becoming the number one new force for the first time. At the same time, the number of new orders for Ideal Auto also set a historical record in June. 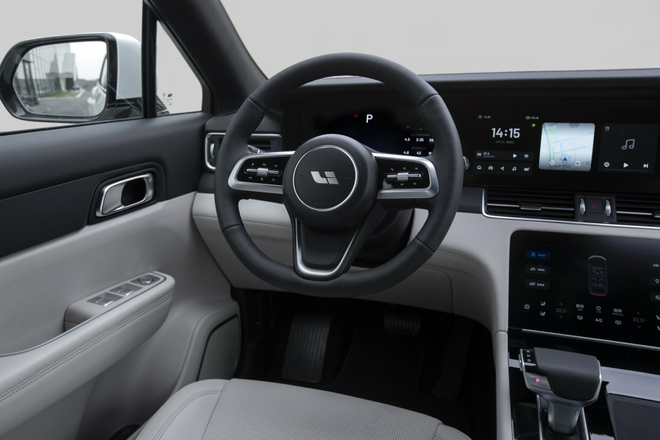 Accompanied by this is the counterattack of new car-making forces-Ideal Car also entered the top ten sales of luxury brands for the first time in June, and it is also the highest-ranking car company among the new domestic car-making forces (Nio, which is also represented by the new forces) Followed by). When the new forces were just getting started, there were only a few companies in the market, and the sales of three or four digits were not enough to be seen in the entire automobile market. Nowadays, with the development of the new energy market, the dominance of fuel vehicles in many segments is gone forever. After several years of spreading the brand image and product image, it has opened the door to the traditional car companies. A series of data fully shows that the market is increasingly accepting new energy brands and products.

See also  Pirelli and Ferrari scrape on the stock market

In the past, when the word “luxury” was mentioned, time accumulation seemed to be a necessary condition, and the BBA’s hundreds of years of history were placed there with a strong aura. However, the explanatory dimension of “luxury” has become richer today. Take Ideal ONE as an example. The price of 338,000 yuan is not only supported by product quality. Environmental protection and intelligence are also important parts of building a brand’s sense of luxury. The outstanding performance of the extended range system, the standard NOA navigation assisted driving, and the more functions The richer and more user-friendly car-machine system has become a good plus, and it is also a major advantage of the new forces over the traditional car companies. Under the trend that the sense of automobile science and technology is becoming stronger and even “electronic productization”, the understanding of luxury will inevitably be updated accordingly. This is also an important reason why new forces and independent brands, including Ideal Auto, can quickly blaze a trail in “smart high-end brands”.

In addition, from the data point of view, independent brands are also moving faster and faster on the road to seize the mid-to-high-end market. In June, in addition to breaking into the luxury brand sales list, Ideal ONE also surpassed many joint ventures and imported luxury SUVs, and ranked first in the sales list of medium and large SUVs. Also on the list was Weilai ES8 (Configuration|Inquiry).

In the new energy SUV sales ranking list, it can be seen that independent brands have already occupied an absolute advantage in terms of number. In the new round of competition, independent brands have undoubtedly demonstrated strong creativity. In terms of technology, pure electric, hybrid, and extended range are distributed in multiple ways; in the marketing model, the advantages and convenience brought by directly-operated stores are becoming more and more obvious; in terms of user experience, car companies that “learn from” the mobile Internet gameplay We have brought more novel and interesting gameplay and more user-friendly functions.

An important reason for the rapid increase in sales is the continuous evolution of products. Ideal Motors released the 2021 Ideal ONE on May 25. The product power of this popular model has been greatly improved, which directly attracted many potential consumers to make quick decisions. 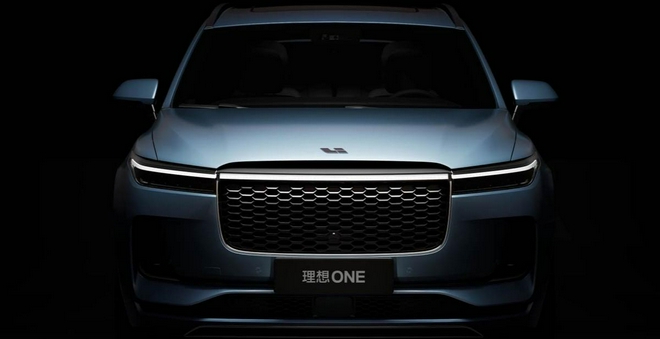 The 2021 Ideal ONE uses a brand-new three-in-one rear drive motor, which provides 188 kilometers of NEDC pure electric cruising range. The more compact rear three-in-one drive system also enables the new car to be equipped with a larger fuel tank. The 45 liters have been expanded to 55 liters, which increases the endurance. In addition, under the heat engine condition, the NEDC comprehensive fuel consumption has been reduced by 15%, and the comprehensive fuel consumption under the heat engine condition is as low as 6.05L/100km. The lower energy consumption performance further magnifies the advantages of the extended range mode. 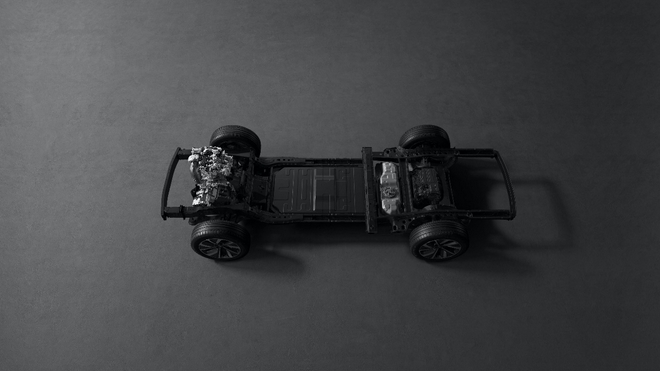 In terms of intelligent driving, the new model is equipped with the ideal AD advanced driving assistance system as standard. This system developed by Ideal Full Stack includes visual perception, sensor fusion, decision-making, planning and control. With the Horizon dual J3 (Journey 3) dedicated chip, 8 million pixel high-definition camera, 5 brand new millimeter wave radars and high-precision maps, the ideal ONE’s driving becomes safer, easier and more convenient. According to the official introduction, by the third quarter of this year, the ideal AD advanced assisted driving system will open the NOA function to all high-speed highways and closed urban expressways across the country, and it is expected to be pushed to users before the end of September. 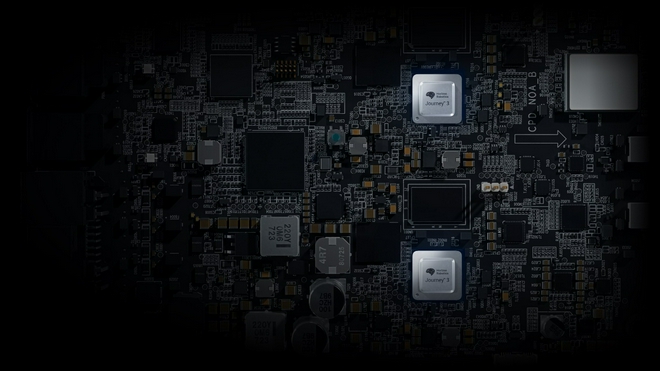 In other details, the new car has also made many upgrades. For example, in terms of seat comfort, the first two rows of four electric seats are equipped with electric waist massage, and the third row of legroom has increased by 4 cm. In terms of intelligent voice interaction, the new voice assistant will support functions such as continuous dialogue + invalid text rejection, interruption at any time, and talk-and-talk. 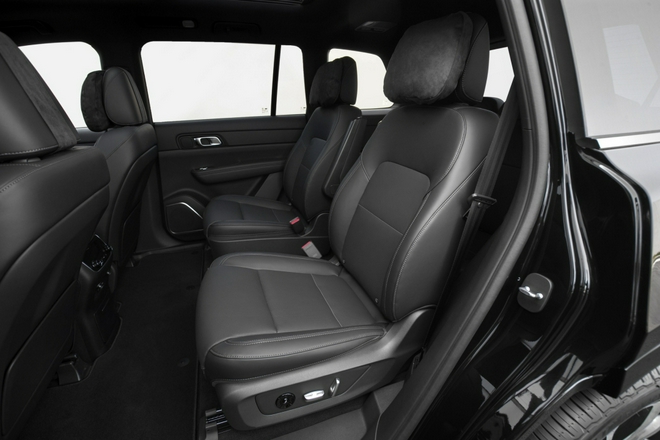 The sales volume is naturally the most direct reflection of the effect of these upgrades: Under the circumstance that the price does not fall but rises (the price rises by 133.8 million yuan), Ideal ONE can still set a single-month sales record.

Ideal second half of the year: luxury brands and bicycle sales

Compared with other data, the ideal car’s entry into the top ten luxury brands in total sales for the first time has an extra layer of symbolic significance.

The Chinese luxury brand market has been dominated by German, Japanese and American brands for many years. In recent years, Chinese brands have repeatedly hit high-end brands to no avail. However, with the rise of electrification and intelligence, independent brands have the hope to go out of the road similar to smart phones and create their own global high-end brands. Whether it is a new car-making force represented by Ideal ONE or a traditional independent brand, it has blazed a unique path in establishing brand tonality and entering the mid-to-high-end market.

Judging from the sales volume in June, the 2021 Ideal ONE product is highly competitive, and there is still huge market potential in the follow-up, and there is room for further release. The goal set before—to sell more than 10,000 in September—is not out of reach now.

Bezos sends out money after returning to Earth: a writer and a chef each receive $100 million-People-cnBeta.COM