In iOS 15, Apple has made some welcome improvements to the photo app, such as being able to see the EXIF ​​data of the photo. This is achieved through a new “information” button, which also provides a title field for the selected photo, the location where the photo was taken, and query information. 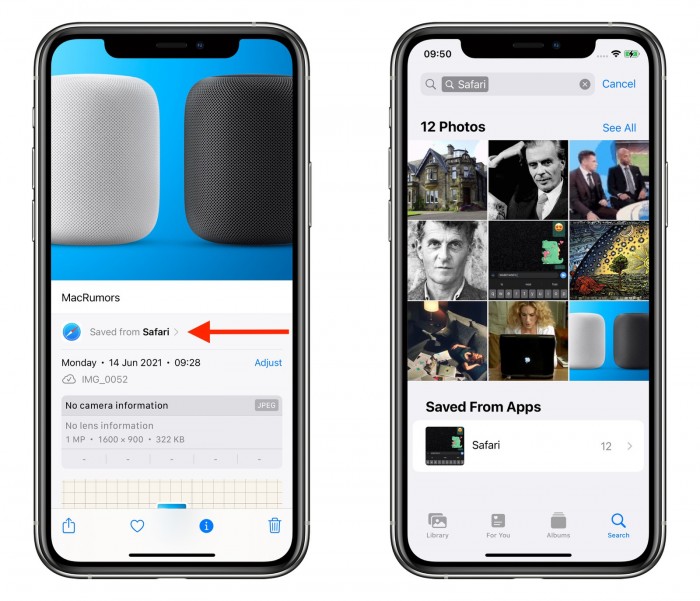 In addition to the above, if you are not using the camera to take the picture, the information button will also tell you which application on your device the picture was saved from. For example, in the above example, you can see that the HomePod image is saved from the Internet through Safari.

This metadata information is also like an organization tag, so if you click on the “save from” location in bold, the photo app will filter your photo library to show any other images saved from the same app, making it easier for you The positioning image file.

The early developer beta of iOS 15 has been launched, the public beta will be released next month, and the official version will be launched this fall.

The blacked-out doctor who cornered the vaccination campaign: “We don’t know too many things”

Ftse Mib closes badly in the wake of...