On October 22, Tesla CEO Elon Musk confirmed that after the Model S/X and Model 3/Y, the company will next focus on developing and producing a third small electric car. A platform that aims to cut the cost of a new model to half that of a Model 3 or Model Y. 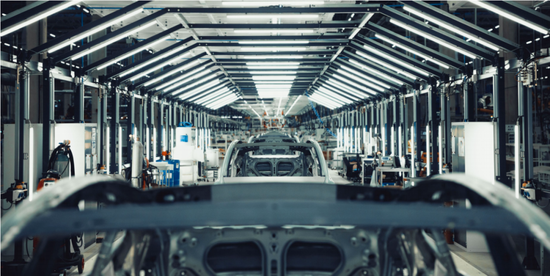 In order to complete the development of the Cybertruck, an electric pickup truck, and the Semi, a heavy-duty electric truck, Tesla has temporarily shelved its long-sought-after affordable Tesla models. Now, Tesla is finally starting to develop and produce its long-promised sub-$30,000 electric car, which may be called the Model 2.

Initially, Musk promised a $25,000 car, but it was then shelved due to inflation and supply chain challenges. During the most recent earnings call, Musk revealed that the cheapest Tesla electric model will be built on an all-new platform and could cost half as much to produce as the Model 3.

Since the Model 3 is currently Tesla’s cheapest model, Tesla’s new model would have to start at $25,000 to $30,000 to have a chance of hitting the mass market. “Obviously, we’re going to bring everything we’ve learned from the Model S, the Model X, the Model 3, the Model Y, the Cybertruck, the Semi, to this platform,” Musk hinted.

Musk also added that Tesla would work to halve the production cost of new models. He warned, however, that the so-called Model 2 “will be smaller,” but that it will be the first truly affordable mass-market vehicle in the EV space and could outsell “all of Tesla’s other cars combined.”

Earlier, Tesla’s head of investor relations, Martin Viecha, made a similar statement in an interview. He said the company’s overarching goal for the next five years is to ensure a continuous supply of batteries (which he thinks the company has already achieved), and by moving most of its production to more efficient Gigafactories in Texas or Berlin. Reduce manufacturing costs.

However, Tesla will have formidable competitors on the road to popularizing electric vehicles, and not just Volkswagen. Steve Westley, a former Tesla board member, said Tesla’s current main competitor is BYD, which is likely to produce 1 million electric vehicles by the end of the year and is already on the market Introduced the $30,000 Seal sedan with more specs than the Model 3.

Musk didn’t reveal key figures such as the car’s new battery specs, range, charging power or motor. In addition, unlike in the past, he also skipped the timing forecast of when the new platform will be available.

While Tesla’s recent price hike has been blamed on rising raw material costs and supplier pressure, industry analysts have also warned that new models positioned below the Model 3 may not have much room for profit, even if priced above $35,000 . Like other automakers, Tesla prefers to make luxury versions because more expensive cars have higher profit margins.

The schedule of the men’s volleyball Super League in the new season is determined, and the first stage will be held in a three-stop competition system – Teller Report Teller Report

The Norwegian fund knew the risks associated with...