Home Business Is there a huge loss in performance and betting on the omni-channel Yanjin shop? | Yanjin shop_Sina Finance_Sina.com
Business

Is there a huge loss in performance and betting on the omni-channel Yanjin shop? | Yanjin shop_Sina Finance_Sina.com

The output value of Yangtze River Storage will exceed 100 billion, and the investment boom in storage chips is coming! “Big market + low self-sufficiency”, NAND localization is imperative! These semiconductor industry chain leaders usher in a good opportunity to rise (list)

Beijing Commercial Daily (Reporter Dong Liang, intern reporter Ding Ning) Although the actual controller, some directors, and executives of Yanjin Shop (002847) announced their plans to increase their holdings on the evening of July 19, this did not change the share price of Yanjin Shop. The embarrassment of falling endlessly.

Guo Yuxuan, a researcher at the Beijing Institute of Economic Research, said in an interview with the Beijing Business Daily that the share price of Yanjin Store’s “unstoppable” share price stems more from market concerns and doubts. As far as the current stock price is concerned, it is more a true reflection of the market’s uncertainty about how Yanjin Shop will develop next. If the Yanjin shop is determined to make changes to its layout, it may be more effective at this stage than the actual controllers, directors, and executives continue to increase their shareholdings.

In response to company-related issues, a reporter from the Beijing Commercial Daily called the Yanjin shop secretary’s office for an interview. The staff of the other party said, “The leader is in a meeting and will call you back later”. The reporter called again before publishing, but the other party said that the leadership meeting had not ended yet.

The four consecutive declines in the stock price of Yanjin Shop were due to the performance forecast for the first half of 2021 released on the evening of July 14. The forecast shows that Yanjin Shop expects to achieve an attributable net profit of 45 million to 55 million yuan in the first half of the year. In the same period last year, Yanjin Shop Attributable net profit was 130 million yuan, a year-on-year decrease of 57.68%-65.38%.

In addition, Yanjin Shop stated that since March, Yanjin Shop has successively launched 31°C fresh cod intestines, crab sticks and other new deep-sea snacks series. The initial market costs and R&D costs of the new products are relatively large, and they are currently in the incubation and promotion period, with economies of scale. It has not yet been reflected, and the initial cost is relatively high. At the same time, since March, the price of raw materials has risen sharply, which has increased the cost of purchasing raw materials, leading to an increase in production costs.

On July 19, Yanjin shop said when receiving surveys from a number of institutions that the company will strive to achieve the company’s equity incentive goals in the third quarter and strive to make up for the previous performance in the fourth quarter. In addition, Yanjin Shop said that the company is now beginning to strengthen its omni-channels, including distribution channels, quantitative installations, e-commerce channels and community group purchases.

In an interview with a reporter from Beijing Commercial Daily, Wu Daiqi, CEO of Shenzhen Siqisheng Company, said, “Community group buying has a great influence on supermarkets, especially for light snack foods, whose main consumers are young people. As an old brand, Without expanding the customer base, the repeat purchases are the original customers, and there is no need to buy through the shopping guide in the mall. Therefore, the Yanjin shop has a high cost of promotion in the mall, but it cannot achieve good results. This is also a normal phenomenon.” .

Guo Yuxuan said that because the performance is not as expected, it is really worthwhile to abandon the extremely high net profit margins of the supermarkets and switch to the online platform that has long been a red sea and low profit margins. This question needs to be seriously considered by Yanjin Store.

Is the bull market coming? How to get on the bus quickly, the gold medal investment advisory service is free >> 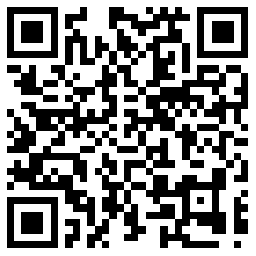 Editor in charge: He Songlin

With the spread of the U.S. epidemic and the stagnation of vaccination, worries about Delta mutant strains come true

Tesla lowers the starting price of the upgraded...

In Piazza Affari Unicredit and Mps fly in...

The future of construction passes through Made Expo

The end of US duties pushes the export...