The EV9 Concept one of the most popular previews at the Los Angeles Motor Show is 4929 mm long, 2055 mm wide and 1790 mm high, slightly less than the new Range Rover, anticipates the EV9 electric SUV that will be put into production in 2024. At the based on the EV9 is the same E-GMP electric model architecture already used by Kia for the EV6. The only difference is that the EV9 will have the largest battery of 77.4 kWh available, while the lithium-ion polymer battery pack is mounted in the floor within the concept’s 3100mm long wheelbase. If a fast charge is used in particular, it is expected to be able to recover from a minimum of 10% to a maximum of 80%, 20 minutes are enough.

The traction is integral thanks to the two electric motors

The Concept EV9 has two engines to have all-wheel drive and offers important performances such as acceleration from 0-100 km / h in about 5 seconds typical of a high-performance model, even if the possibility of using the 577 hp variant offered by the EV6. The style of the concept prefigures a robust appearance of the SUV that is based on an evolution of Kia’s Tiger Face grille that has now become digitized which has allowed an unprecedented design of the front air intake that not only reduces the frontal mass, but improves aerodynamic efficiency. 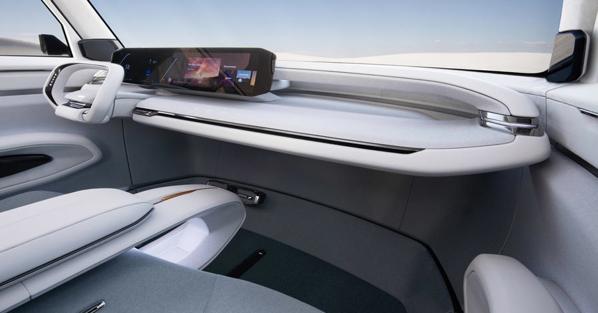 It should be noted that a solar panel is present on the concept to allow additional battery charge, while further aerodynamic efficiency is guaranteed by the alloy wheels that provide a triangular design and an important 22-inch size. The three-row interior is ultra-modern, yet minimalist, and includes the potential for an additional row of seats that can be fully lowered, while the former features swivel-type seating to simulate the availability of a large lounge-like space.

See also  The Recovery Plan lands in the classroom, the Italian economy at the first test of GDP
0 comment
0
FacebookTwitterEmail
previous post

Here is Nabbovaldo, the CNR video game dedicated to cybersecurity

Confartigianato: “Christmas in Liguria is worth almost 660...