According to news on September 15th, in the early hours of this morning, Apple’s new-generation A15 bionic chip began to come out, using 5nm process technology, “killing” the audience with 15 billion transistors, and AI computing power was as high as 15.8TOPS. In order to develop the “strongest core in the universe,” the entire Apple team has done a lot of work, directly linking the camera hardware, software, and operating system teams, and optimizing the display engine to maximize the performance of the A15 chip.

However, this time Cook directly “surged” the A15 chip, and the A15 chip mounted on the iPhone13 and iPhone13 Pro also played a difference. The A15 chip of the latter model has 1 more GPU core than the former! 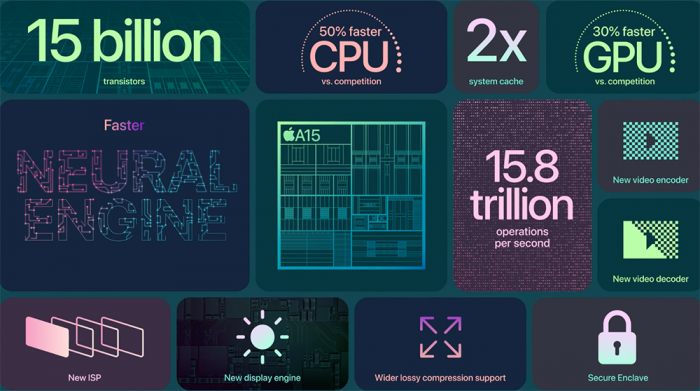 01. “Highly equipped” A15 chip has one more GPU core, which improves performance by up to 50%

The “knife work” Apple directly split the A15 chip into two different versions.

On the whole, the A15 chip is equipped with a new 6-core CPU in the CPU, including 2 performance cores and 4 energy efficiency cores, and the CPU performance is increased by 50%.

Apple has also improved the performance of the machine learning accelerator in the CPU, and tasks such as Siri speech synthesis technology and the navigation processing of the map App have been further optimized. 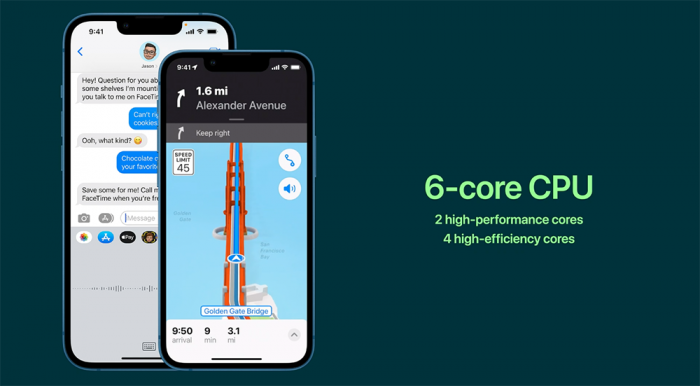 The GPU is a “watershed” in the performance of the A15 chip.

Among them, the A15 chip of the iPhone13 model is equipped with a 4-core GPU, which has a performance increase of 30%. It can better handle graphics-intensive tasks such as advanced game running, greatly enhance the visual and light effects in the game, and a better camera system experience, especially It is a movie shooting mode.

See also  Some details of iPhone 13, Apple Watch S7 and AirPods 3 leaked before the launch-Apple iPhone

On the iPhone13 Pro and iPhone13 Pro Max, the A15 chip has an extra GPU core, and the 5-core GPU increases the image processing performance of the phone by up to 50%. 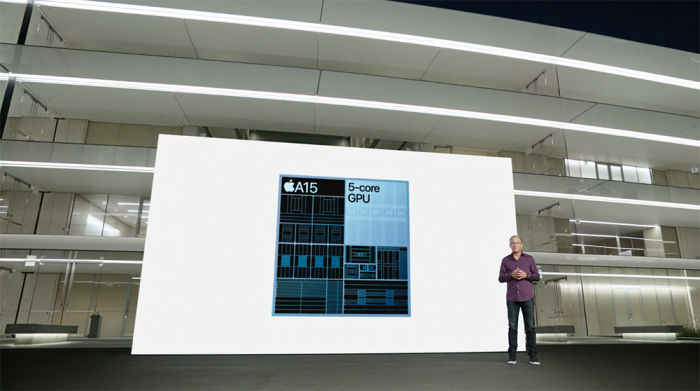 In addition, the improved performance of the A15 chip has also greatly optimized the energy consumption effect, and the battery life of the mobile phone has been greatly increased by 2.5 hours.

02. Continuation of the 16-core neural network engine AI computing power up to 15.8TOPS

In addition to CPU and GPU performance enhancements, the A15 chip is also equipped with a faster neural network engine and a new generation of image signal processors.

In terms of machine learning performance, A15 is equipped with a 16-core neural network engine with an AI computing power of up to 15.8TOPS, which is suitable for various machine learning tasks. It is worth mentioning that, in order to further improve the video and image processing capabilities of the iPhone 13 series, Apple also cooperated with the camera hardware and software team in the process of designing the neural network engine, which greatly enhanced the machine learning computing capabilities of the chip, thereby realizing the iOS 15 Live text, optimized map navigation and other functional experience. 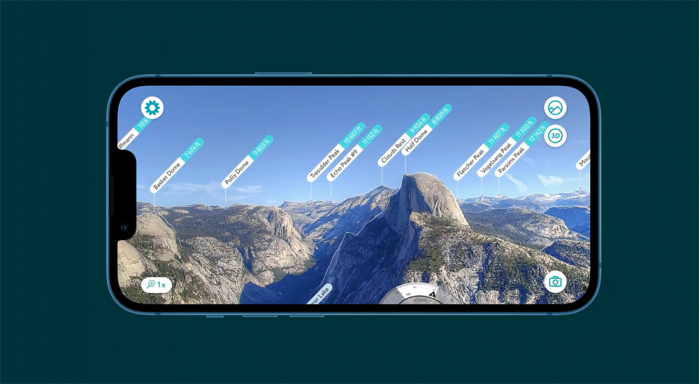 For developers, they can use the machine learning performance of the A15 chip to improve more development and application functions. For example, in SwingVision, developers can smoothly run CoreML and AR models, real-time tracking, video analysis and remote guidance of the tennis path.

See also  Thunder in the middle of the night! Xinhua News Agency suddenly issued an article: Is the 120 billion giants in danger of increasing injections?Air strikes on e-cigarettes and liquor

On the whole, in addition to the improvement of core performance, the A15 chip has also been greatly improved in terms of new display engine, new video encoder and decoder, and 2 times the system cache.

03. Conclusion: AI performance leads Apple to rely on the A15 chip to “pull the respect”?

Looking back at the Apple Autumn Conference, which was full of slots, the appearance of the A15 chip has indeed saved a lot of “face” for Apple, whether it is image shooting and game running experience, or AI performance has been greatly improved. Although Apple has divided the A15 chip into two grades this time, it is undeniable that the Apple chip can still bring us unexpected surprises.

However, in the comparison of the A15 chip, Apple did not clearly give the target chip, but only marked “competition” in a small line in the PPT. What is the actual performance improvement, or left a lot of suspense for everyone. . I hope that in the next time, Apple can reveal for us one by one.