It was called e-tron, it was Audi’s first electric SUV, the one that led to the debut of the electric range of the same name. Now it’s updated and changed its name: take advantage of the mid-career restyling and become Q8 e-tron. The denomination initiates the alignment of the nomenclature of electric Audis to that of models with conventional engines, which will soon continue with the Q6 e-tron SUV and the A6 e-tron. The range of the Q8 e-tron quattro, on sale at prices starting at 80,000 euros, raises the bar of efficiency compared to the progenitor born in 2018, raising mileage by 150 kilometers in order to conform to those of more electric maxi-suvs. young people like the Bmw iX, the Mercedes Eqe Suv and the Polestar 3.

The pillars on which the technological evolution of the e-tron species rests are the batteries, which exploit the overlapping scheme of the cells called stacking to increase the energy density for the same size of the accumulator, the asynchronous rear motor for the 50 and 55 with 14 instead of 12 wraps to benefit efficiency and redefining aerodynamics.

The new accumulator certifies the mileage of the Q8 55 e-tron at 582 kilometers and of the Sportback of the same name at 600 kilometres, while in the case of the SQ8 the autonomy is 494 and 513 kilometres. The direct current recharge from 10 to 80% of the 50 versions can also be done with 150 kW systems and that of the 55 and SQ8 with 170 kW columns, in both cases in half an hour. 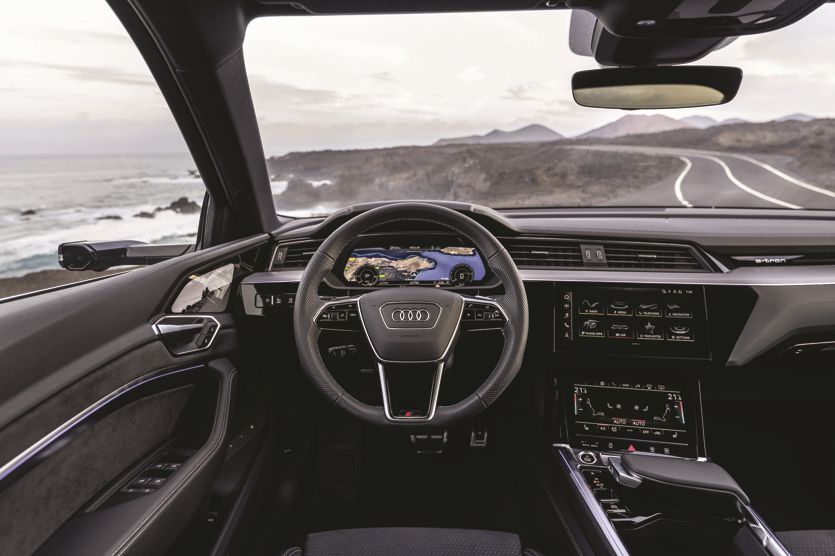 The 55 is the Q8 e-tron quattro that offers the greatest number of new features. Like the other versions, it aesthetically displays the few distinguishing features of the new brand identity of the e-tron range: the two-dimensional Audi logo, the redesigned and backlit grille, the serigraphy on the pillar between the doors indicating the version and the front and rear luminous signatures.

Royal family, a third nephew is on the way for Andrea, brother of King Charles: the prince hopes for a rehabilitation after the judicial scandals

Up to 4% Interest Rate

Between the January rally and the exploits of...

The Milan Stock Exchange is the best in...

Appointments, the government questions itself: from Enel to...

How to treat the price fluctuation of pork...