Recently, some WPS users said that WPS is suspected to have a sensitive word detection function, which may lock the files stored in the cloud disk and local by the users who are judged to be in violation.

In response, @WPS official Weibo responded that the statement was a misleading rumor. The incident stemmed from a user suspected of illegally sharing a link to an online document, and WPS therefore prohibited others from accessing the link in accordance with the law, and then the incident was misrepresented as “WPS deletes the user’s local file”. It is understood that WPS updated the “Kingsoft Office Online Service Agreement” on April 22 this year. It stipulates:

“For the content you upload, submit, publish, store, send, receive, disseminate or share using this service, WPS only under the premise of relevant laws, regulations, national policies, etc. or the requirements of relevant state agencies, on its own or entrusted The third party conducts viewing, reviewing, analysis, discussion, etc., and has the right to provide such content to relevant state agencies for review and use for their desired purposes.” (Daily Economic News) At the same time, Luo Yonghao also said in the live broadcast:「 If you bake an ice cream with fire, you must have mental problems. If the final conclusion of the testing agency is that it is of questionable quality, I apologize to the public for having sold it and standing on the stage for it.」

It is worth mentioning that when Luo Yonghao sold Zhong Xuegao, who sold 68 yuan in the live broadcast room, he also responded to fans’ doubts about his high price:

“Even if someone sells an ice cream for 68 yuan, it’s nothing, you like to buy it or not.” “If the 68 ice cream is marked with a French H letter and wrapped in an orange wrapper, you may think it’s very cheap. already.”

So,Can domestic ice cream be expensive?? In the absence of any “assassin” behavior (fuzzy price), it is not uncommon for domestic ice cream brands to upgrade their raw materials and become more expensive. As for whether they can be accepted by consumers, it depends on the true abilities of the brands. 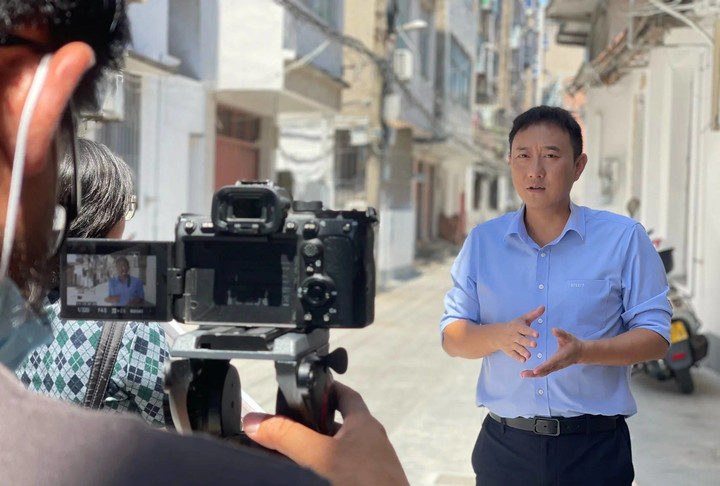 Recently, Tan Qiao, the host of “Tan Tan Traffic”, said that Chengdu Youshu Culture Communication Co., Ltd. claimed to be the copyright owner of “Tan Tan Traffic”. The work was sued and removed from the shelves, which also made Tan Qiao face criminal responsibility.

On the 11th, the program producer Chengdu Radio and Television issued a statement in response, stating that Chengdu Radio and Television is the copyright owner of “Tan Talks Traffic” and has the right to publish videos related to “Tan Talks Traffic” on the Internet without permission. legal rights. At present, the relevant rights protection work has been authorized to Chengdu Youshu Culture Communication Co., Ltd. 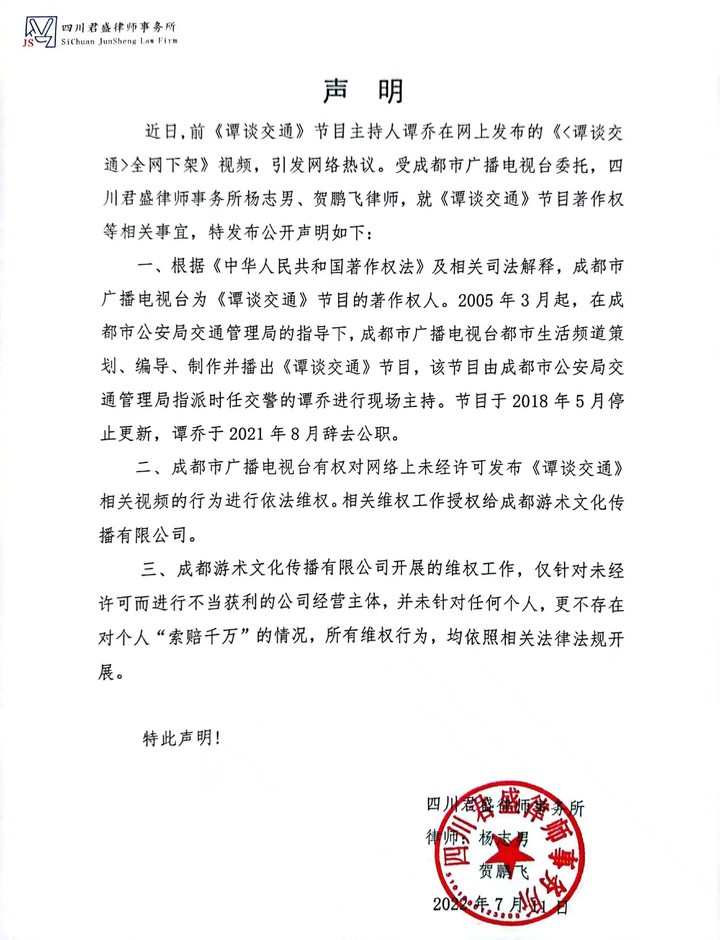 In this regard, Tan Qiao denied that he had infringement problems that night, saying that his team had never obtained a lot of benefits through the “Tan Talks Traffic” program for a long time.

He said that since 2021, his team has been donating the surplus from the creative incentives, gift income and other income provided by the content platform to non-profit organizations. At the same time, he also mentioned that the copyright ownership of “Tan Talks Traffic” is still controversial, and the behavior of Yoshu Culture’s claim to enjoy 60% of the copyright income is questionable.

According to Tianyancha, Chengdu Youshu was established in 2018. Recently, it has filed several lawsuits for infringing the right to disseminate information on the Internet. The defendants involved iQiyi, Bilibili, ByteDance, Tencent and other companies. In addition, industrial and commercial information shows that the company’s actual number of insured is zero. 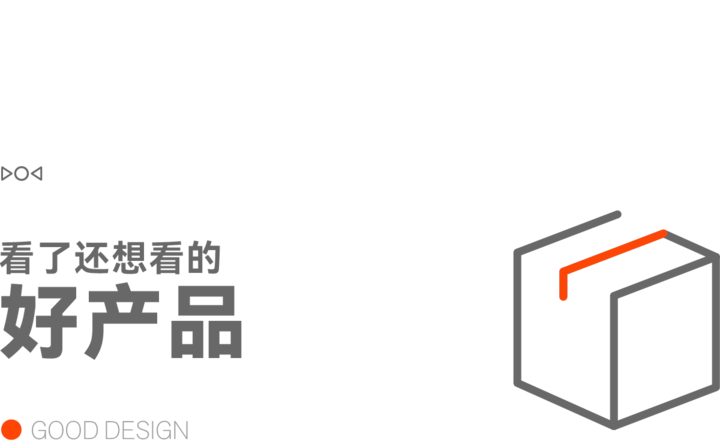 Apple analyst Ming-Chi Kuo said recently that Apple plans to launch its second-generation AR/VR headset in the first half of 2025.

He said that the second generation of Apple AR/VR may have high-end, more affordable models. Thanks to this product segmentation strategy and ecosystem, Apple AR/MR shipments may be as soon as 2025 or 2026. reached 10 million units.

According to previous news from Ming-Chi Kuo, Apple plans to hold a special event in January 2023 to showcase its first AR/MR headset. Meanwhile, the product could cost as much as $3,000. (MacRumors) The three products of the X series are equipped with X-Balanced spatially balanced speakers developed by Sony. Among them, the SRS-XG300 also adopts MEGA BASS technology that makes the bass stronger and LIVE SOUND technology that has a more lively sense. It is worth mentioning that the X-series speakers support up to 100 wireless series, which can achieve a stereo experience. Among them, the Red Magic 7S Pro uses a 6.8-inch UDC under-screen camera on the basis of the 7S, with a true full-screen camera, the battery capacity is increased to 5000 mAh, and the rear 64 million ultra-clear three-shot.

In addition, the Red Devils 7S series is equipped with a virtual idol 3D live broadcast function for the first time. Users can generate a 3D image of the Red Devil Princess on the screen with one click, and live broadcast mobile games through facial capture. 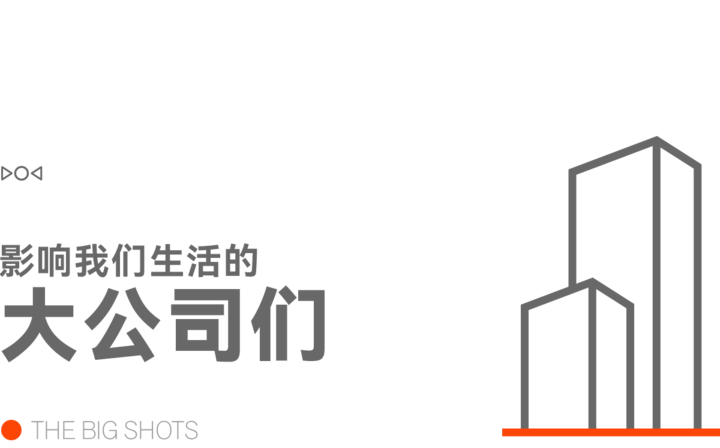 Technology reporter Christopher Mims recently wrote that in the past, most applications in the United States only wanted to do a good job, but now they talk about their own “super application” vision.

A “super application” is an application that accommodates very many functions like WeChat.

Earlier, Musk mentioned the concept of “super application” when talking about Twitter’s vision, and companies such as Uber, Spotify, Paypal, Block, etc. are also increasingly actively developing in this direction.

On the one hand, Apple’s privacy policy affects the revenue of many companies that rely on advertising to make money, and Google also said that similar policies will be introduced in the future.

Moreover, Meta doesn’t want a super app, but to make its apps a super app in their respective fields – Facebook and Instagram have added many different features over the years.

However, Mims believes that due to factors such as U.S. culture and legislation, these apps may never become “super apps” like WeChat.

However, that won’t stop big companies from continuing to add functionality to their apps, making them “almost super apps,” allowing users to spend as much time as possible in a single app.

For a more detailed analysis, read the original [https://go.ifanr.com/JfvqKS]

Tencent Games: Minors can only play games on Fridays and Saturdays during summer vacation On July 11, Tencent Games released the “Limited Playing Calendar for Minors During the Summer Vacation of 2022”, refuting the previous online rumor that “minors can play games for one hour a day during summer vacation”.

According to regulations, during the summer vacation (July 11 to August 31), minor accounts can only log in to the game between 20:00 and 21:00 on Fridays and Saturdays, and cannot enter the game experience during the rest of the time.

In addition, Tencent Games has also launched the face recognition function of the hacked version for third-party platforms that rent and sell accounts to minors, and will enable “limited time, limited games, and limited equipment” for high-risk accounts that are suspected to be operated by black and gray products. login mode. (Tencent Games) On July 11, NIO announced on the Hong Kong Stock Exchange that it had decided to establish an independent committee composed of independent directors Mr. Li Tingbin, Mr. Wu Hai and Ms. Long Yu to supervise the independent investigation of relevant allegations in the short selling report of Grizzly Research LLC. investigative work.

On June 29, NIO categorically denied the allegations in the report, saying it “contains many errors, unfounded speculations, and misleading conclusions and interpretations.” (Wall Street News) According to data from the Passenger Federation, the retail sales of new energy passenger vehicles exceeded 500,000 units for the first time in June, a year-on-year increase of 130.8% and a record high.

In addition, Chinese car companies have an increasing share of the new energy vehicle market.

For example, BYD Auto completed sales of 641,400 vehicles from January to June, a year-on-year increase of 314.9%. This data not only surpassed the sales of BYD vehicles in the whole of last year, but also surpassed Tesla to become the global sales champion of new energy vehicles for half a year. (CCTV Finance)

For example, it is possible to set the optimal room temperature of the air conditioner according to the pet species, monitor the pet’s mood in real time, etc. According to 36kr reportthe intelligentization of pet products will likely be a major direction of consumption upgrades in the pet industry.(Pet Industry Watch & 36kr) 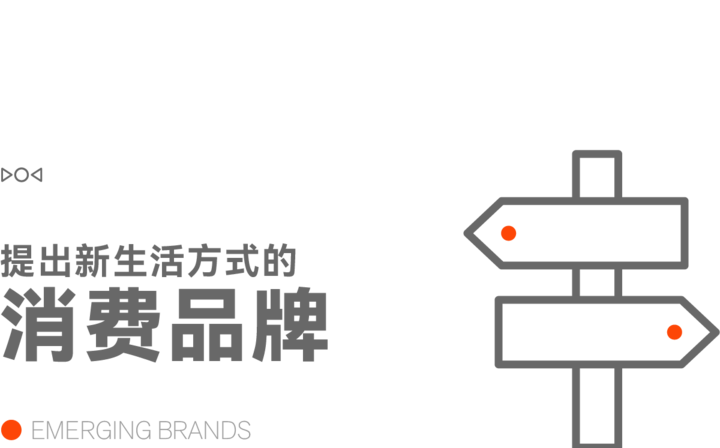 Recently, the new store of “Post Office Coffee” in Wudian City, Jinjiang City, Fujian has been put into trial operation, and the limited special coffee “Maritime Silk Road” has been launched simultaneously.

The design of the new store takes “integration and disappearance” as the design concept, extracts the unique architectural characteristics of Quanzhou, and presents a design style that integrates classic and modern. Recently, PUMA teamed up with WNBA Seattle Storm player Brianna Stewart to release the first pair of women’s signature sneakers in the brand’s history, the STEWIE 1, which is also the first women’s signature basketball shoe on the market in the past 12 years.

In terms of design, the shoe connects the gradient neon yellow-green to black, the scar mark on the heel represents Brianna Stewart’s two Achilles tendon surgeries, and its personal logo is printed on the forefoot. The stamp collection includes 30 special stamps and personalized stamps of many kings and heroes, including Luban No. 7 of the lion dance at the beginning of spring, Sun Ce of the summer solstice dragon boat race, and Chang’e of the autumn equinox making pastry.

The joint name will be pre-sold from July 8th to July 25th. The stamp collection book is priced at 268 yuan/book, and the same series of postcard sets are priced at 48 yuan/set.（Socialbeta）

In less than 20 seconds, the scene of Sakuragi Flower Road, Rukawa Kaede, Akagi Takeken, Miyagi Ryoda and Mitsui Shou, etc. flashed together on the field. Fans are looking forward to this movie to bring the national competition chapter to the screen. screen. Sakuragi Flower Road:「 What about beginners?」 Rukawa Kaede: “Be capriciousSo what?」 The new film will be released on December 3. It will be supervised and written by manga author Inoue Takehiko, and produced by Toei Animation.

Gong Guangliang: A businessman in the cultural circle A cultural person in the business circle-News-Wenzhou Net

Wang Bing was appointed as a member of...