Home Business On the first day of the broadcast, over 550,000 people watched Lvyuan liquid-cooled motor online to challenge “10 years of riding” with zero loss
Business

On the first day of the broadcast, over 550,000 people watched Lvyuan liquid-cooled motor online to challenge “10 years of riding” with zero loss

Original title: On the first day of the broadcast, over 550,000 people watched Lvyuan liquid-cooled motor online to challenge “10 years of riding” with zero loss

On the first day of the broadcast, more than 550,000 people flocked to the live broadcast room to watch, and it also attracted friends and businessmen to check in. Who is doing what kind of live broadcast? The answer is obvious, it is the Luyuan electric car!

This is Luyuan’s liquid-cooled motor’s challenge to the “10 years of riding” Guinness World Records ultra-long live broadcast room. There are no traffic stars, and no large-scale advertising exposure. With years of accumulated consumer reputation, its own technical strength and full brand confidence , Luyuan has gained such a high degree of attention, which is enough to see the popularity of the new generation of liquid-cooled ultra-endurance 2.0 series products that Luyuan has just released.

“I didn’t expect a lonely motor to attract a large group of lonely people”, “Challenge to ride 50,000 kilometers for 10 years with zero loss, this is to go your own way, so that others have no way to go.” Viewers in the comment area left messages one after another. Some netizens said, “Since you are so serious, I don’t seem sensible if I don’t place an order to buy one.” “Some new energy vehicles may not be able to drive for 10 years. This electric vehicle is beyond imagination.”

Whether a car’s strength is good or not is not just “shouting” out of its mouth. It can stand the test of time and truly show its hard-core strength. If there is no “real guns and live ammunition”, Luyuan will definitely not dare to challenge at will.

Real gold is not afraid of fire! The true technical strengths are never afraid of any challenges! The challenge this time is a new generation of liquid-cooled ultra-endurance 2.0 series S30 super-speed electric vehicles. In about 27 days, the uninterrupted limit test of 50,000 kilometers is carried out, which is equivalent to the accumulated mileage of ordinary users for 10 years. The challenge will be Live broadcast the whole time, not afraid of everyone’s eyes and inspection.

Not only to challenge “10 years of riding”, but also to challenge zero loss. In the challenge of nearly a month, the motor speed will always be kept above 1000rpm, the electric vehicle driving speed will be kept at 80km/h, the uninterrupted riding will be 625 hours, and finally the driving will reach 50,000 kilometers. Sex has put forward extremely strict requirements. During the 625-hour test, the wheels had to make more than 39.37 million laps, and the frame had to vibrate nearly 100 million times. Therefore, after the extreme test, Luyuan not only had to test the change of work efficiency before and after the challenge of the liquid-cooled motor, but also tested various Changes in core components challenge the real[10 years of riding]zero loss!

The source of all these challenges is Luyuan’s super black technology – liquid-cooled motor. The liquid-cooled motor contains insulating coolant, and the operating temperature is 30°C lower than that of ordinary motors, which can always be kept within 70°C; at the same time, with the gas exchange system, It makes the motor not rusted and demagnetized, the working efficiency is over 90%, and the peak performance can still be maintained for many years.

Accurate to the core needs of consumers, Luyuan creates a new pattern of durability

Why are so many consumers interested in this live broadcast? In addition to the heavy benefits such as the occasional red envelope rain, interactive lottery, and the 10,000-kilometer milestone award, more importantly, this is a challenge that is directly related to the vital interests of all consumers. Luyuan has pinpointed the core needs of consumers, and accurately grasps what is a good car that consumers really need.

Many consumers today will be faced with a dilemma. After two or three years of riding a newly bought electric vehicle, the battery life will be greatly reduced, and they have to be replaced. However, in the current electric vehicle industry, many brands continue to aim to impact battery life further. In fact, battery life is only the most basic standard for consumers, but it has always been a shortcoming of many brands. Luyuan understands that the core of the quality engineering of electric vehicles lies in the service life and long-lasting performance of the motor, and has released the liquid-cooled ultra-endurance 2.0 series products of “super endurance + super riding resistance”, which solves the pain points that have existed in the industry for many years.

Focusing on the needs of users and relying on technological innovation, creating high-quality cars that meet the needs of mass consumption is the perseverance engraved in Luyuan’s bones. Luyuan firmly believes that technology-driven market share and brand power are the only way for high-quality development. From “it is safer to choose Luyuan” to “safe and reliable and less troublesome”, to “six years of warranty on core components” and “10 years of riding a car”, the development history of Luyuan’s brand positioning is that consumers use cars in different periods. Focus. 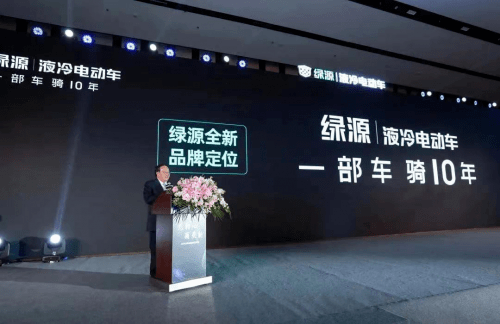 Over the past 25 years, Luyuan has always been at the forefront of the industry with technology. As the industry’s technical vane, Luyuan has used more than 600 independent core technology reserves in the leading industry to consolidate the quality and durability of basic components of electric vehicles. The liquid-cooled motor technology pioneered by Luyuan is equipped with as many as 12 independent patented technologies, making it the only brand in the industry that has won the National Science and Technology Progress Award, injecting new vitality into the industry. In particular, the newly released Lvyuan liquid-cooled ultra-endurance 2.0 series has achieved breakthroughs in the two dimensions of ultra-endurance and ultra-durability, successfully raising the performance of electric vehicles to a new level, leading the industry from the era of “consumable consumer goods” to “durable”. type consumer goods” upgrade iteration. 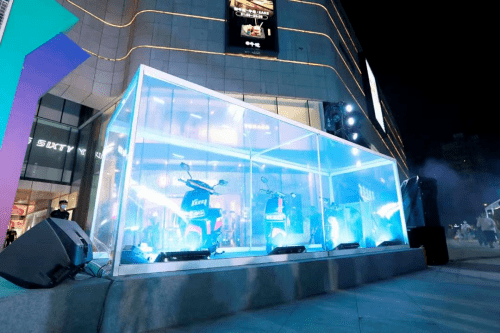 What kind of electric car do consumers really want? It can be clearly seen from the influx of 550,000 people into the Luyuan Challenge Guinness live broadcast room. It is understood that on September 11, the results of the challenge will be officially announced. Judging from Luyuan’s confidence in meeting the national exam, success is only a matter of time. Luyuan’s 25-year history of painstaking efforts and excellence has written a successful footnote for this challenge.Return to Sohu, see more