Radisson hotel group (Rhg) bets heavily on the Italian market, and wants to play a leading role in the market. «We have achieved an exceptional result – he comments Chema Basterrechea, president of Emea Radisson hotel group – in practice an exponential growth in a short period of time: from 3 to 20 hotels in just 4 years and we must take into account that the Covid period is compressed ».

But Rhg doesn’t stop. “The goal is to reach a network of at least 30 hotels over the next five years” adds Basterrechea, Spanish by birth but in love with Italy to the point of having taken home in a historic building in the heart of Milan, just a few steps from the Duomo.

Radisson strongly believes in the potential of the Milanese market, so much so that, in agreement with real estate investors, it has taken over the management of the historic building of the Touring club italiano in oarso Italia transforming it into a luxury hotel with gourmet restaurant, which has fully respected the historical spirit of the building and the traditional bookshop. A few steps away will be another hotel, also Radisson. At the same time there is Nani Palace a Venezia, a structure dating back to 1600 in the Ghetto area with about fifty rooms overlooking the Cannaregio.

«The development plans are, as mentioned, very interesting – comments Basterrechea – at all levels. On a global level we are committed on many fronts ». Europe (EMEA) is the hottest front. There are 114 projects for new hotels under construction in 38 countries, compared to 416 hotels already in operation: which means that 93 thousand rooms are already available and to these will soon be added another 25 thousand. In America, Rhg has 634 hotels in 18 countries and there are 72 hotels under construction in 11 countries. Asia Pacific has 131 hotels operating with 20,000 total rooms in 11 countries and 86 new hotels in 13 countries with 14,000 rooms. 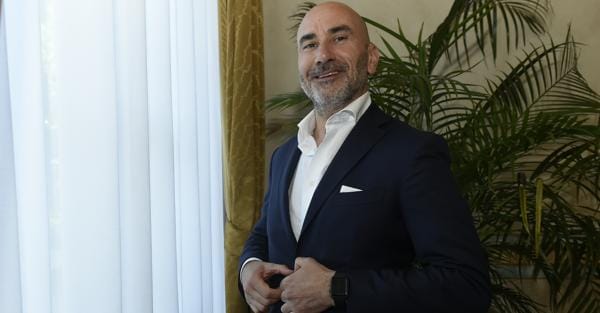 Rhg in turn is headed by the Chinese giant Jin Jiang international. Together Rhg and Jin Jiang on the European scenario they count on 14 brands and 1,324 hotels with 145 thousand rooms in total, practically ranking second in the ranking of groups. Considering the loyalty programs of the two groups, we reach over 170 million reference associates. Internationally Jin Jiang with over 1.1 million rooms ranks second in the global ranking of hotel groups after Marriott.

Bookcity turns 10: four days of events throughout the city

United States, over 100,000 overdose deaths. With the pandemic increased by 30%