But for us, we actually want to know how much better this new 200-megapixel HPX sensor is than the 100-megapixel HM2 previously used by Redmi? We invited out the Redmi Note 11 Pro+, it’s a mule or a horse, let’s take a walk.

First of all, both mobile phones are updated to the latest stable firmware. Let’s take a look at the default composite output of 12.5 million pixels.

Moreover, the Note 12 Discovery Edition has 7P lenses and ALD low-reflection coating, and the control of purple fringing in highlights is significantly improved compared to Note 11 Pro+.

In terms of color, the orientation of the Note 12 Explorer Edition is relatively high contrast, which is indeed a bit different from Xiaomi’s previous white and bright style. It is estimated that the Xiaomi camera team used part of the experience of debugging Leica images on this phone. 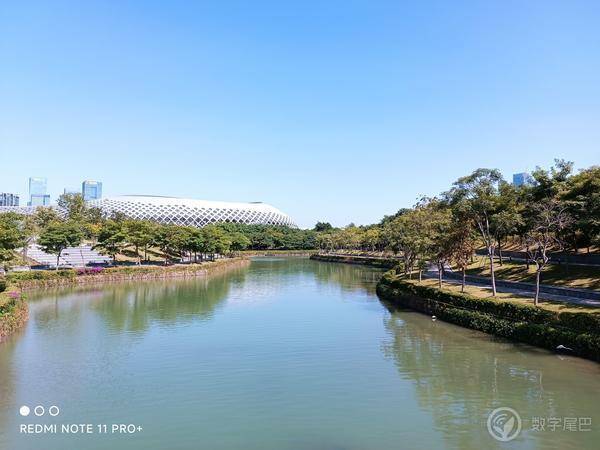 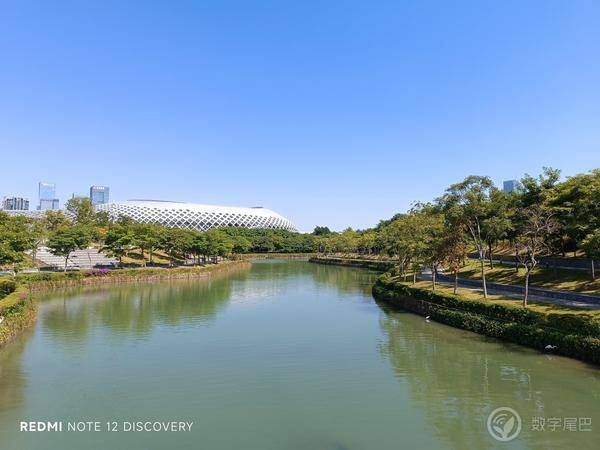 In terms of overall latitude handling, the Note 12 Discovery Edition is also greatly improved compared to the Note 11 Pro+. For example, in this close-up sample, look at the background sky first. Note 12 can restore the blue sky well, while Note 11 Pro+ is gray and lost color. Then look at the highlights of the flowers and the green leaves in the background. Note 12 basically pulls the highlights back, and the slightly larger sensor area also makes the background blur effect more prominent.

The Redmi Note 12 Discovery Edition is currently heavy on the highlights, and the AI ​​camera is also heavy on color enhancement, which will eventually cause the overall picture to look “fake”, that is, the digital flavor is too strong, it is recommended to usually Consider turning off AI to reduce over-processing of colors.

See also  End the "Cold War" for nearly a decade!Turkey and the UAE signed ten cooperation agreements covering energy, environment and other fields_Muhammad_Erdogan_region

In the night scene, especially in the night scene lighting environment, the Note 12 Explorer Edition will suppress the lighting of overexposed photos more forcefully. The night scene picture is relatively soft, and the contrast between light and dark is not too strong. You can watch the processing of the signboard lights and ground reflections by the two. Note 11 Pro+ light suppression is much worse than Note 12 Discovery Edition, and the white balance is relatively cold. The color of the aircraft carrier’s hull has already turned blue, and the tone Tuning is more problematic.

In addition, a slightly larger sensor area is still quite helpful for night scene imaging, especially the detailed performance of this group of palm trees on the lower right can be seen. The Note 12 Discovery Edition can at least see the outline of the branches and leaves clearly, while the Note 11 Pro+ is already blurred. At the same time, the noise reduction effect is better than that of Note 11 Pro+, and the performance of details will not be affected too much by noise reduction.

In terms of the default shooting and imaging effects, the HPX sensor of the Redmi Note 12 Discovery Edition seems to be improved in all aspects compared with the previous generation, and the usability is quite good, especially for products of the same price in the early 2000s. However, we still wanted to see its native pixel performance.

Both mobile phones have the highest 100 million pixels and 200 million pixels turned on. When you pick them up and take pictures at the same time, you immediately feel that the experience of high-pixel photography has improved a lot. The Redmi Note 12 Discovery Edition can preview by clicking on the album after pressing the shutter. Although it is still calculated in real time, it can be viewed immediately. On the Note 11 Pro+, in addition to the shutter delay, clicking into the album will also blur the full screen before loading photos smoothly. Through this, you don’t have to worry that the Dimensity 1080 can’t handle this 200-megapixel sensor. 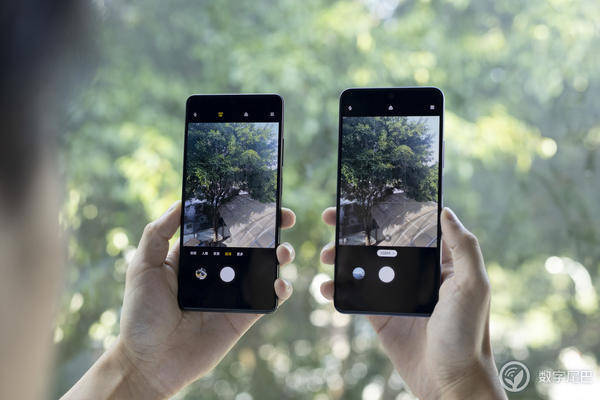 In the case of using their highest pixels, the details of the daytime proofs of the Note 12 Explorer Edition are indeed better than the details of the Note 11 Pro+, especially in the performance of some detail capture, the gap is still clearly visible. The protective net of the outdoor unit of the air conditioner has more details, including screw hole positions and brand letters, which also have better performance. 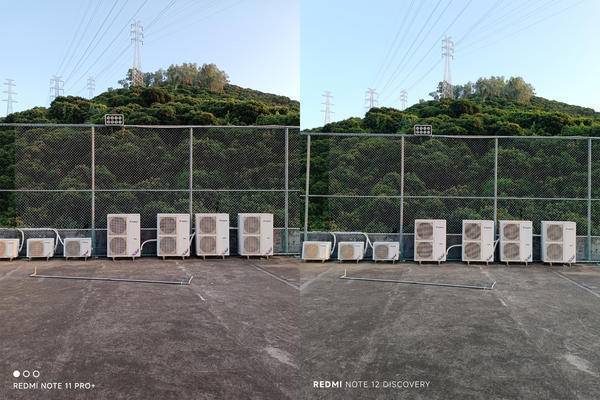 Of course, the capacity gap brought by doubling the pixels is also obvious. The actual capacity of a 100-megapixel photo is about 10-20M, while the 200-megapixel has soared to 20-40M.

but! In the follow-up super-large pixel actual test, we also found a bug in this 200-megapixel sensor. Taking 200 million pixel photos in extremely distant scenes, if there are some too dense details in the picture, such as high-rise buildings, there will be a certain probability that the car will roll over.

As shown in this set of proofs, after 100% magnification, you can see that the vertical outer columns on the glass wall of the building have inexplicably turned into a “back”-shaped structure. The high probability of this result is related to two reasons: 1. Although the sensor area of ​​HPX is slightly larger, the pixels are doubled. In fact, the unit pixel area of ​​each pixel is smaller than that of the previous HM2, which means that it is more dependent on the calculation of post-photography. Take care of the details. 2. The computational photography that was relied on overturned, but instead added details that did not exist originally.

This reminds me of another brand that had a similar problem.

However, if it is a daily shooting, and it is not a 200-megapixel camera dedicated to shooting dense details in the distance, then this new Samsung HPX sensor is quite good, even in a night scene environment. The picture is more transparent than the HM2 (Note 11 Pro+), and the exposure and white balance control are also better. 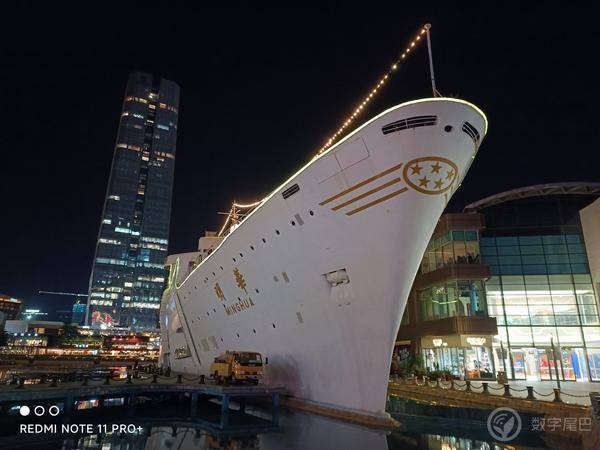 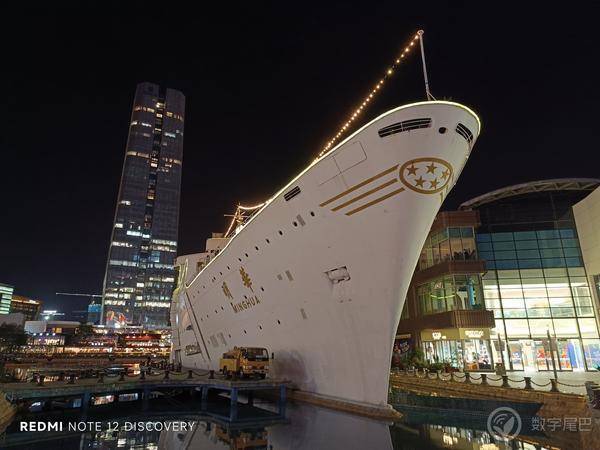 With the increase of latitude, it is possible to see the content hidden in the dark night in the distance.

At high pixels, even the unobstructed license plate number can be barely recognized, and the Note 11 Pro+ is already blurred. Although both of them have a strong sense of oil painting due to noise reduction and smearing, they are 100% magnification of 100 million and 200 million pixels after all, and this performance is already good. 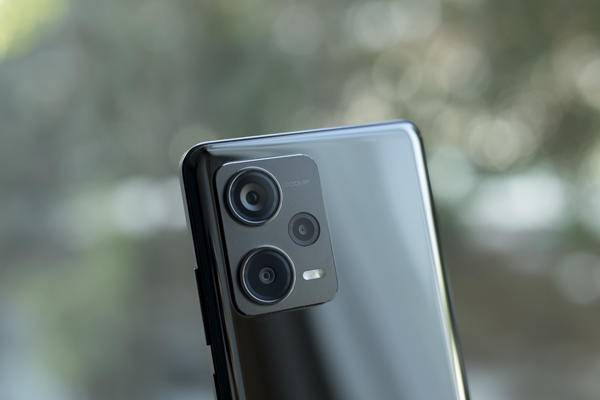 How is the performance of Dimensity 1080? 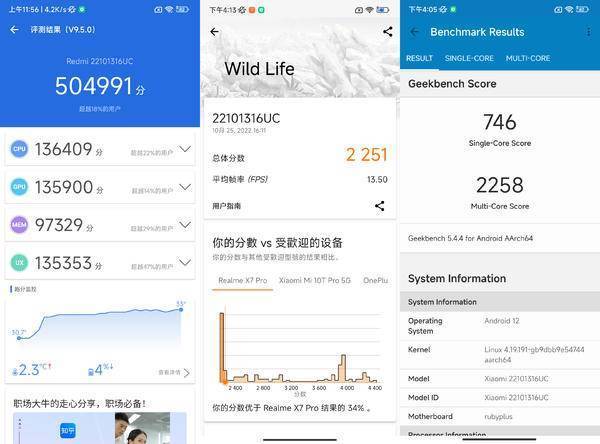 In fact, it can be seen from here that the positioning of the Dimensity 1080 is slightly higher than the previous Dimensity 920, but not much, only a little bit, and there is still a clear gap with the Dimensity 1200. Compared with the next door, it should be similar to the Snapdragon 778G. It is said that the price can be sold a lot cheaper. It is a good replacement chip for the 778G, and then the Dimensity 1080 and the new MediaTek Imagiq ISP can make it support up to 200 million pixels. For the camera, it is with the support of this ISP chip that the Redmi Note 12 Exploration Edition equipped with Dimensity 1080 can stack Samsung’s 200-megapixel HPX sensor.

Of course, this SoC is not a big problem for simply playing games. “Honor of Kings” has been adapted to the 90-frame mode and can run smoothly at high resolution. Although it cannot open the highest picture quality, at least the picture is silky enough. , the frame rate is also stable. And “Peace Elite” also supports the 90-frame mode with the lowest picture quality. After a simple game, the frame rate basically does not fluctuate much, and it is not a big problem to form a team to eat chicken. 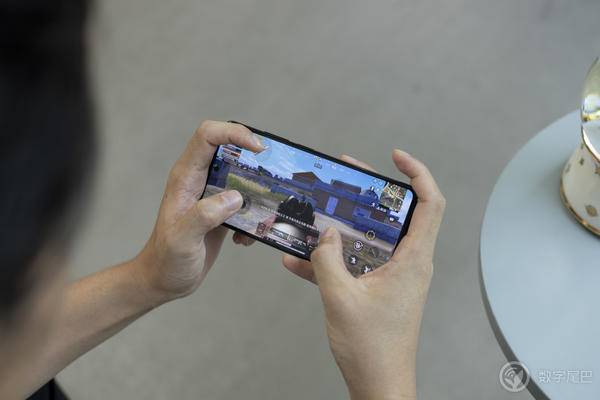 Some people may ask, can this play “Yuan Shen”? It can be played, but the experience will definitely not be good. In the mode of the ultimate picture quality of 60 frames, there are only about 30 frames to hang around outside the city of Mond, and it may be even more difficult if you want to farm monsters. 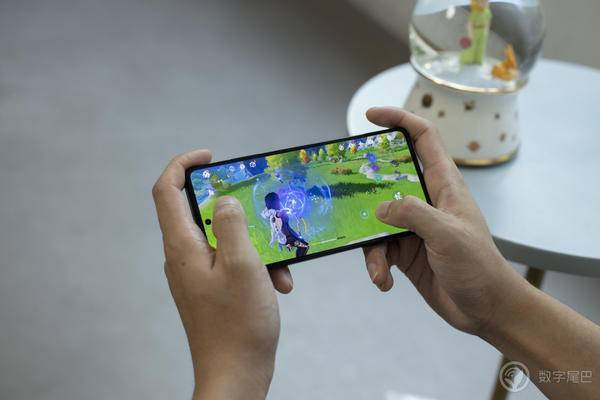 If you adjust the settings as shown on the screen, you can at least guarantee a game experience of about 40 frames, and there is no problem in doing daily tasks and brushing materials and holy relics. But it would still be quite uncomfortable in the big world, especially going to the Sumeru area.

210W, the most refreshing charging

Finally, the actual test is the most powerful 210W super flash charge in the current mass-produced mobile phone market (officially called: Immortal Second Charge), and the higher-power charging solution that is still in the PPT stage will not be discussed first. The official information is that three 100W fast charging chips are used, and the theoretical power limit is 300W. The current 210W obviously leaves a lot of performance redundancy. The exploration of the Redmi Note 12 Discovery Edition is mainly here. 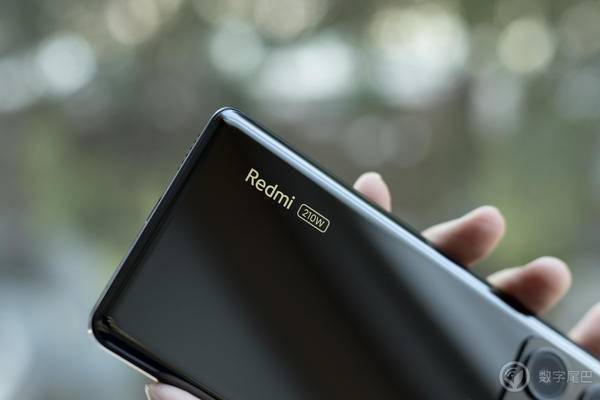 It is worth mentioning that this time the charging head finally adopts the Type-C interface instead of the magic-modified A port. It is equipped with a 10.5A C to C high specification wire, and the charging pile is full. 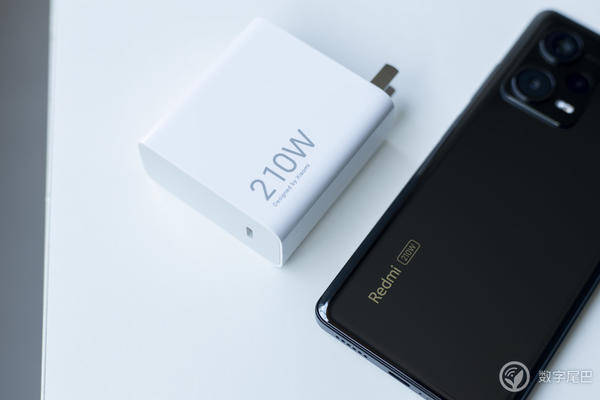 When the last 1% of the phone’s power is left, the battery is expected to have only 10 minutes of use time, and the 210W original charging kit begins to be connected. Since the power is considered to be large enough, the first 90% uses data recording every minute. According to the actual measurement, the 4300 mAh battery of the Redmi Note 12 Discovery Edition only takes 9 minutes and 35 seconds to show that it is fully charged to 100%. It takes 17% to charge in 1 minute, 63% in 5 minutes, and 90% in only 8 minutes. The charging speed is very surprising. 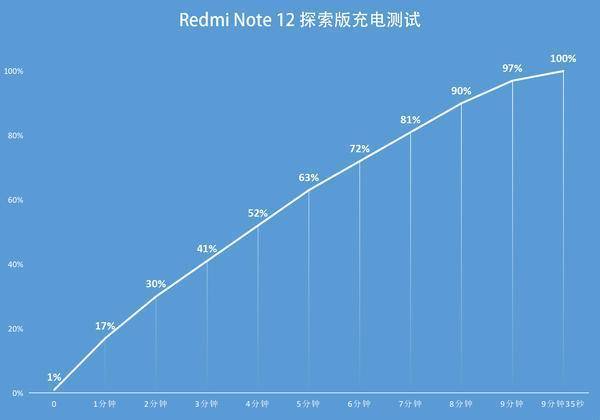 The actual charging peak power should be around 190W, which can maintain high-power charging of 100 watts for a long time. The point is that the heat is not obvious under such a strong fast charge. It can be said that it is the product with the best fast charging experience at present.

Finally, a brief summary. The best experience of the three major upgrade points of the Redmi Note 12 Discovery Edition is the 210W super flash charge and the new 200-megapixel HPX sensor. The performance and positioning of the Dimensity 1080 itself are not strong, if you usually Pay more attention to performance and like to play games, then this new SoC is not suitable for you, it is recommended to add a little more money to buy the flagship SoC. 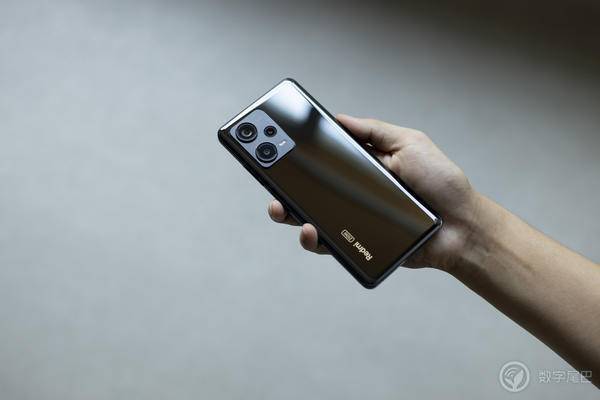 But if you want to experience the fun of 200 million pixels and 210W super charging efficiency, then the Redmi Note 12 Explorer Edition is also a good choice for now. 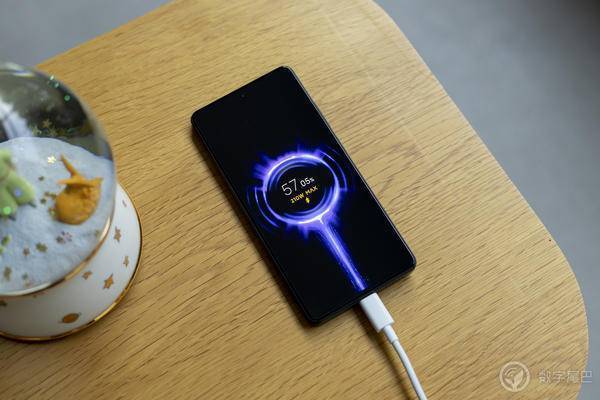 Of course, we are also looking forward to exploring the fun of 210W super flash charging on the flagship products of Xiaomi mobile phones.Return to Sohu, see more