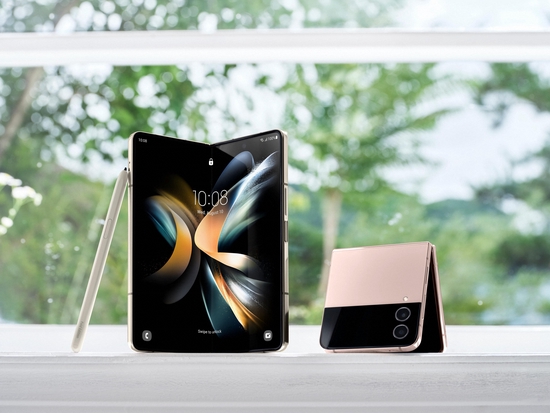 In recent years, Samsung has still maintained the rhythm of two waves of flagship new products every year. In the spring, it is the Galaxy S series, and in the autumn, it is folding mobile phones such as the Galaxy Z Fold4/Z Flip4.

It is still folded up and down, which Samsung calls “palm folding”. This mobile phone was originally used as a user product for fashionable women. After years of development, if it has been accepted by more people. 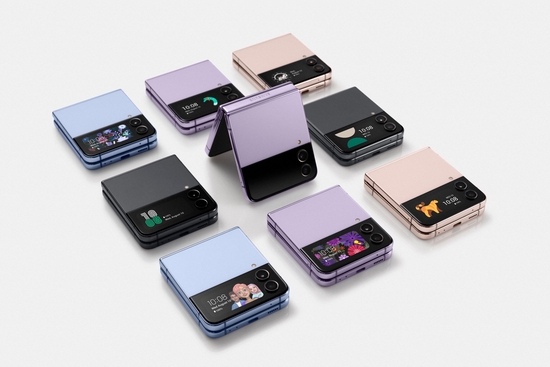 Compared with the previous generation, the overall body of the Galaxy Z Flip4 uses more straight lines to reduce decorative elements, and the hinge part is narrowed, making the overall look more concise. Four colors were announced at the press conference, including “Purple Secret Realm, Gothic Space, Fantastic Cherry Blossom Garden, and Blue Ocean Holiday”, and there may be more colors in different countries/regions or operators. And this time, the “Bespoke Edition” is still supported. Users can choose different colors in different positions of the fuselage. Officially, there are 75 different combinations. 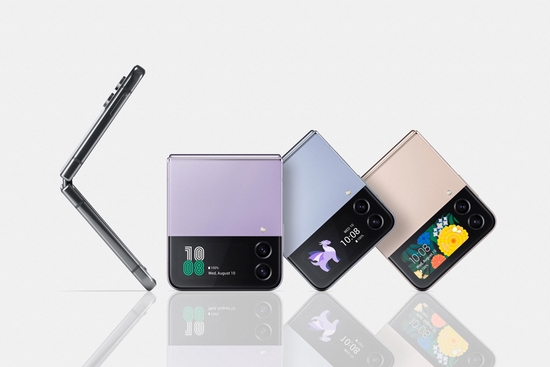 In terms of screen, the outer screen of the Galaxy Z Fold4 is made of 1.9-inch Super AMOLED material with 260×512 pixels. Samsung has given the external screen more ways to play this time. For example, the external screen supports more various clock interfaces, which can be consistent with the theme of its own Galaxy watch, and the background supports dynamic pictures. In terms of functions, the external screen can view notifications, and quickly reply to voice-to-text. information, etc.; as well as control Wi-Fi, Bluetooth, airplane mode, etc.; and even call payment QR codes.

In doing so, the external screen can solve more problems and reduce the frequency of users opening the phone. 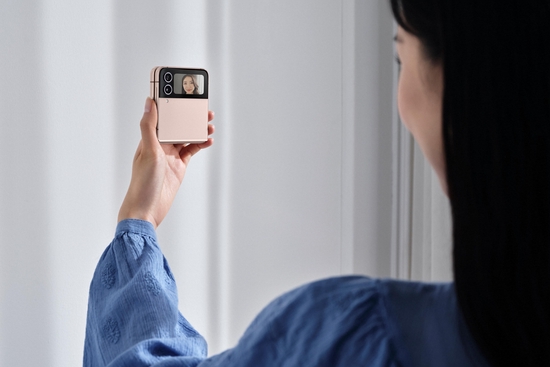 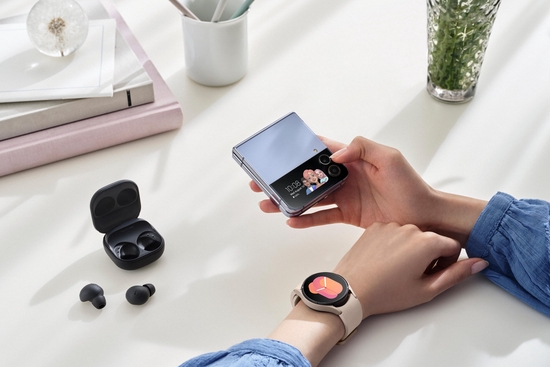 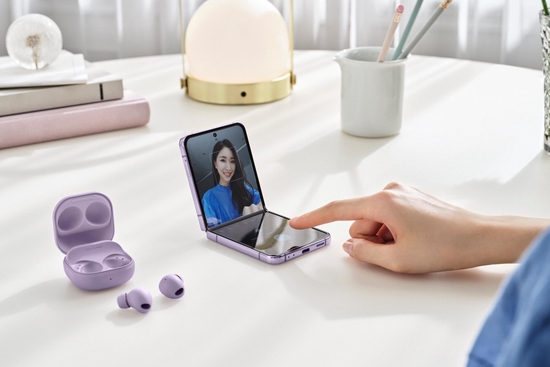 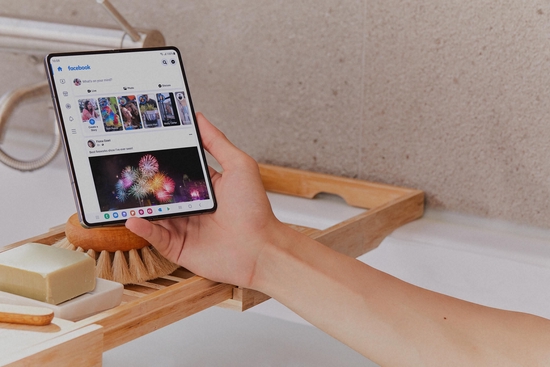 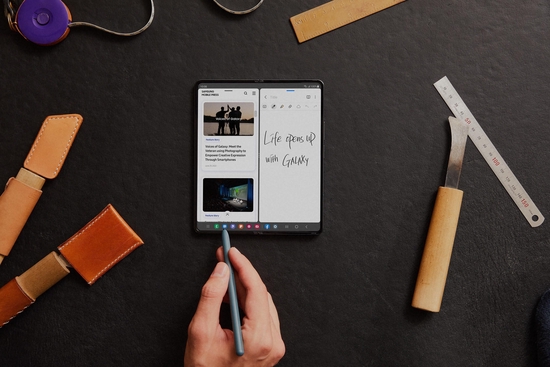 In terms of core configuration, both the Galaxy Z Fold4 and Galaxy Z Flip4 use the Snapdragon 8+ chip. Compared with the Snapdragon 8 in the first half of the year, this chip is actually a big improvement, the heat generation is greatly reduced, the user experience is good, and the manufacturer’s tuning / Design difficulty has also been reduced. 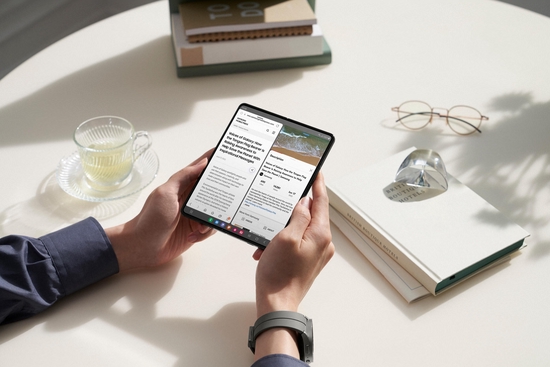 Samsung has made a lot of interactive optimizations for these two screens. For example, the Mango TV app can be “interactively watched”, that is, after folding up, you can watch the video on the work part of the inner screen, and then you can adjust the sound/brightness, or send a bullet screen, etc. Etc.; when switching apps on the taskbar, the experience is similar to that of an iPad. You can call other apps on the bottom App bar, drag them to a horizontal or vertical split screen, and use this 7.6-inch screen more efficiently. 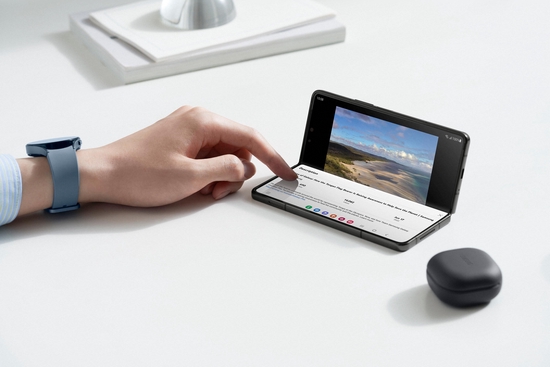 Although the body does not have a stylus that can be inserted like the Note, the Galaxy Z Fold4 supports SPen, SPen Pro, etc., and can be stored on a long-term protective case. With this pen, you can draw and draw on the screen to extract information. 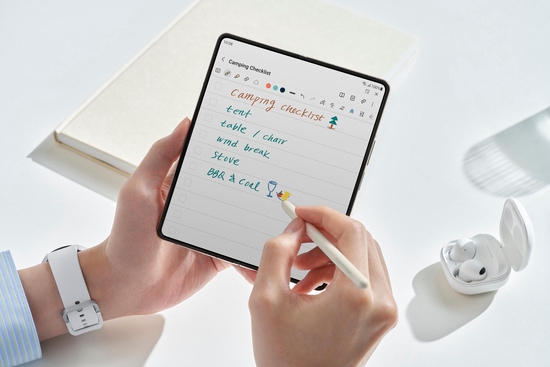 The Galaxy Z Fold4 has a built-in 4400mAh battery. Samsung has always been conservative in charging. The official only claims that it can “purchase a 25W travel charger separately”. 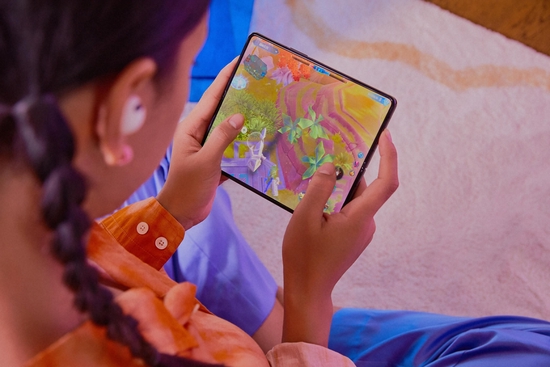 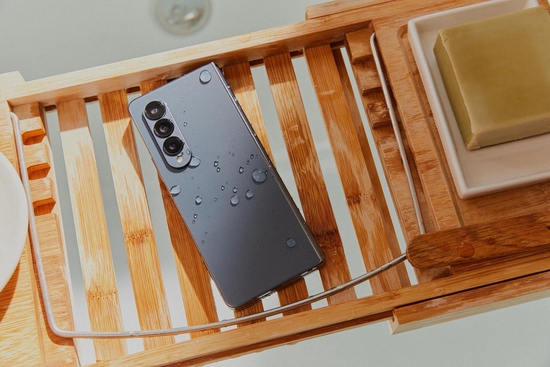 The new wireless earphones released with the mobile phone tonight have the same general outline as before. A very noticeable improvement is the sound quality change.

This headset supports Samsung’s own lossless codec (SSC). It supports 24-bit Hi-Fi audio, which is 256 times larger than the common 16-bit data. Of course, the premise is that it needs to be used with Samsung Galaxy devices with One UI 4.0 and above. 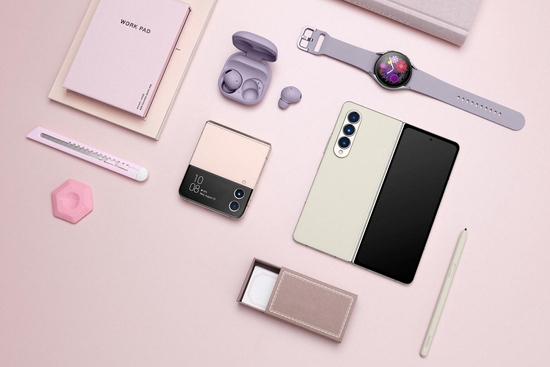 In addition to mobile phones, this headset also supports Samsung’s notebooks, TVs and other product links. Samsung tries to form an ecological interconnection with its own products.

The Galaxy Watch 5 has two dial sizes of 40mm and 44mm, and is a product that is biased towards trendy accessories. The Galaxy Watch 5 Pro has only a 45mm size version, which is more inclined to outdoor sports. 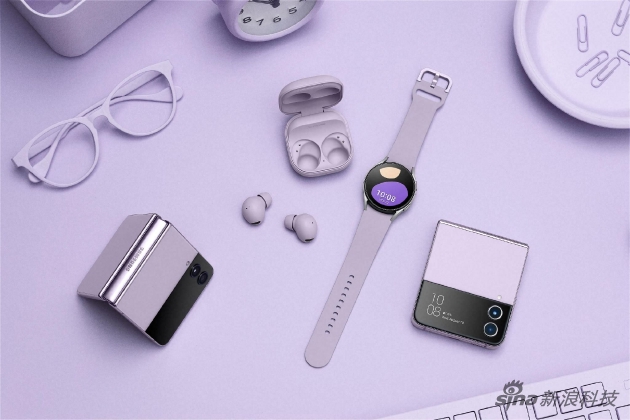 Users can set their own weight, body fat percentage, and skeletal muscle goals. The system can issue suggestions and reminders based on goals to motivate users to achieve their goals. In addition, users can also learn the changes in heart rate data within 2 to 3 minutes after aerobic exercise training, and restore physical strength to the greatest extent within a limited time. It can also realize scientific hydration after exercise according to the physical investigation data during exercise and the recommended amount.

In addition to the common motion sensors, the advanced sleep analysis function of the Galaxy Watch 5 series is the focus of this time. The UI interface of the sleep function will be completely updated to more clearly display the various data measured by the watch during sleep. Through sleep habit analysis, users can match their sleep situation with different sleep patterns, and then implement a month-long personalized sleep guidance program with the sleep guidance program. 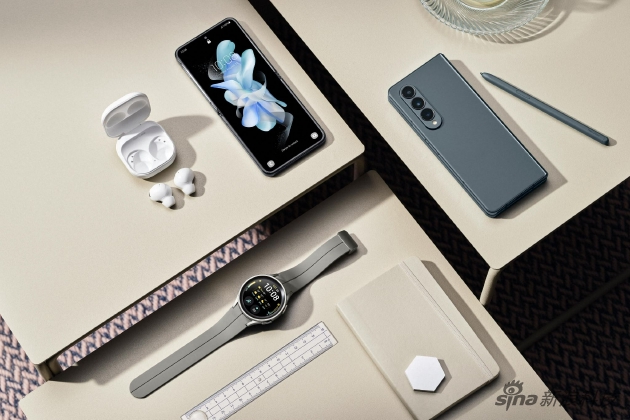 For those users who pursue adventure and love outdoor sports, the Pro version is a targeted product. Samsung claims that the Galaxy Watch 5 Pro is their most durable and feature-packed watch yet. The sapphire glass dial, titanium body, and raised bezel that protects the screen are all features of this direction. Using Route Target Training, users can access to download and import route data while exercising so that they can easily follow the same route with their hiking companions. The navigation function will give users a route guidance with vibration and sound reminders. After the journey, the track return function can return to the user’s original path to ensure safety.

Wu Lei’s “Splendid Star, Moon Rising to the Sea” has a lot of fun on the set to see the original work to clarify the performance ideas jqknews