Recently, Sanqi Interactive Entertainment released the 2021 Social Responsibility Report, which systematically expounded the company’s practice and phased achievements in corporate governance, innovation empowerment, and value co-creation. This is the sixth consecutive year that Sanqi Mutual Entertainment has released a social responsibility report, and it is also the company’s first report since the company released a 500 million yuan “social value co-creation plan” in September last year.

Li Yifei, founder and chairman of Sanqi Mutual Entertainment, said that in the face of great changes unseen in a century, challenges and opportunities coexist on the way to fulfilling responsibilities. The company hopes to join hands with all walks of life to help achieve a bright future of common prosperity with a more responsible attitude and a more fearless spirit of exploration.

For example, the “righteousness” on the cover of social responsibility comes from “Songs of the Chu·Nine Songs·Shao Siming”, “The long sword holds the young Ai, and the Sun Duyi is the righteousness of the people”. The interpretation of “holding children” vividly shows the original intention of the company to keep upright and innovate, protect minors, and strive to improve the well-being of the people.

In terms of art design, the report refers to the descriptions in “The Classic of Mountains and Seas” and “Huainanzi·Tianxun” and the “Portrait Stone”, a treasure of cultural relics in the Han Dynasty, and artistically recreates the exquisite fairy and monster relief paintings in the middle; in the composition design , the Chinese ancient Chinese character seal script is used as a carrier to carry the essence of the entire art design.

Sanqi Mutual Entertainment said that whether it is a classic poem such as “Chu Ci”, or traditional stone carvings and characters such as Han statues and ancient Chinese characters, it is an exploration of enterprises in innovating the form of traditional cultural dissemination. Enterprises hope to explore the beauty of traditional Chinese culture from the perspective of social responsibility, and display and disseminate them to the outside world in a more novel and understandable form.

In this report, Sanqi Mutual Entertainment also made a detailed disclosure of the progress of fulfilling responsibilities in the above six major directions.

In terms of rural education revitalization, the company continued to carry out projects such as the “You Xin Partner” high school student aid plan, the county-level high school free reading plan, and the “Job Wisdom Call” career sharing project. High school students from underdeveloped areas. In 2021, the scope of corporate funding will be further expanded, and a total of 3,315 high school students in distress and 205 outstanding college students have been funded. 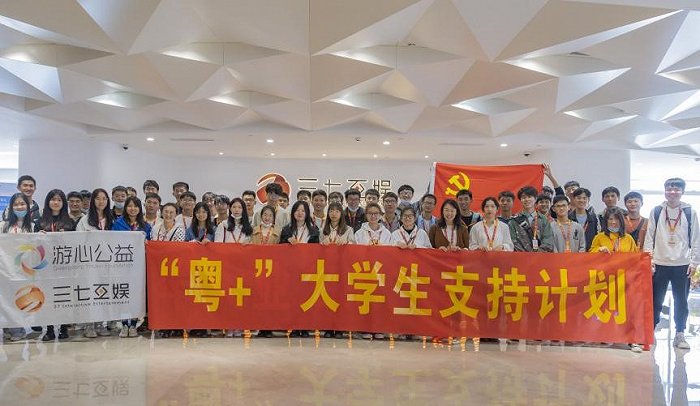 In terms of rural industry assistance, Sanqi Mutual Entertainment has gone deep into Yunnan, Guizhou and other places, taking local characteristic agricultural products such as honey and tea as the entry point, and has cooperated with various parties to support the development of regional characteristic industries. At the same time, the company also participated in the establishment of the Wuhu Rural Revitalization Industry Elements Alliance, and served as the vice-chairman unit to explore new models of rural revitalization with all sectors of society.

In terms of employee career development, Sanqi Mutual Entertainment has updated the “Administrative Measures for Employee Housing Interest-Free Loans”, increasing the annual loan amount to 30 million yuan to help employees’ families truly live and work in peace and contentment; recently, the company also released the fourth phase of employee stock ownership. The draft plan is to use the 16.3 million shares repurchased in August 2021 for the new employee stock ownership plan to share the company’s growth value with employees, stimulate the enthusiasm and creativity of managers and employees, and enhance corporate vitality and Staff cohesion.

In terms of talent training for production, education and research, Sanqi Mutual Entertainment organized a team of staff and teachers to enter the campus to carry out industry-related project training courses to help cultivate technical talents in the industry; held the “Sustainable Development University Innovation Challenge” and “Creating the Future – Possible “Sustainable Development of Colleges and Universities Support Program”, etc., through competitions and technical support for financial and resource projects, etc., to cooperate with various parties in the society to build an innovative action system for sustainable development, and cultivate future talents who care about the society and shoulder their mission.

In terms of functional game development, Sanqi Mutual Entertainment has launched four functional games focusing on the dissemination of intangible cultural heritage, auxiliary training for autism, online knowledge popularization and promotion of ancient ice sports, and actively explores the organic combination of games and digital scenes. , through the expansion of the positive value of the game, to help solve social problems.

In terms of technological innovation, 37 Interactive Entertainment has further deepened its investment layout in the field of “Metaverse”, investing in high-quality enterprises including space intelligence technology, optical modules, semiconductors, human-computer interaction and other fields; Hezhidu, Zhidu Cosmos has jointly built “the first Metaverse Game Art Museum in China” and launched it on the other side of the Metaverse art community Meta. By stimulating the vitality of the digital economy, the application of digital technology can benefit the people. In addition, the company has invested in more than 100 innovation teams, indirectly driving the employment scale of more than 10,000 people, and promoting the prosperity and development of industries such as the digital economy and large cultural and creative industries.

In addition, Sanqi Mutual Entertainment continued to disclose topics such as party building leadership, moving towards zero carbon, and co-construction of responsibility.

In the non-public party building work, 37 Interactive Entertainment has implemented the work of “Party building into the articles of association”, and officially included “Party building work” as a new chapter in the articles of association of listed companies, and clarified the corporate governance structure of the corporate party organization in the form of institutional documents. The status of the party organization and the powers are clarified.

In the goal of moving towards zero carbon, 37 Interactive Entertainment has reduced greenhouse gas emissions by 24.12% compared with the previous year, and submitted specific reduction measures covering the scope of operation and value chain to the Scientific Carbon Target Initiative (SBTi). Arrange commitment.

In the work of joint responsibility construction, the group standard of “Corporate Social Responsibility Management System for Online Game Industry”, which was led by Sanqi Interactive Entertainment and drafted by a number of leading game companies, was officially released and implemented. At present, the industry group standard “Guidelines for Ecological Governance of Network Information Content” drafted by enterprises has been open to the public for comments. The group standards will guide the industry to strengthen standardized operations in the fields of network security, network civilization construction, and minors protection, strictly control the content of the platform, and play an exemplary role in further creating a clear network ecological environment and promoting the healthy development of the industry. 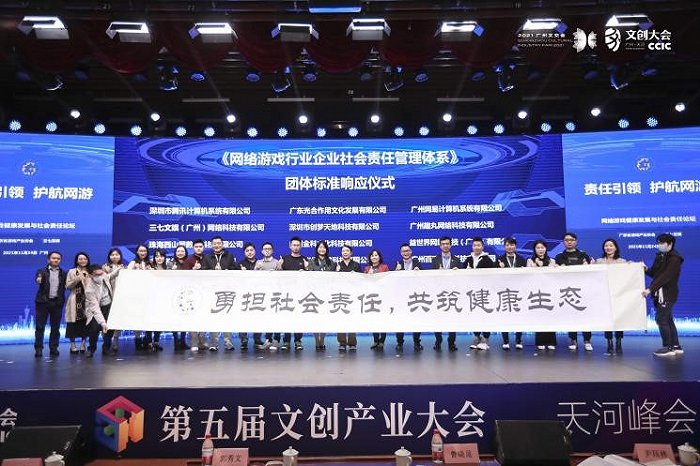 As an enterprise whose main business is games, Sanqi Mutual Entertainment has also demonstrated the achievements of the enterprise in fulfilling the main responsibility and strengthening the online literacy education of minors.

In order to further implement the responsibilities of “gatekeeper”, Sanqi Interactive Entertainment completed the launch of the upgraded anti-addiction system of all its games in accordance with the requirements of the new anti-addiction regulations, strictly limited the login period, duration and consumption of minors, and issued “Games” “Publishing and Operational Risk Control System”, launched face recognition technology to strengthen the management of minors’ anti-addiction work. 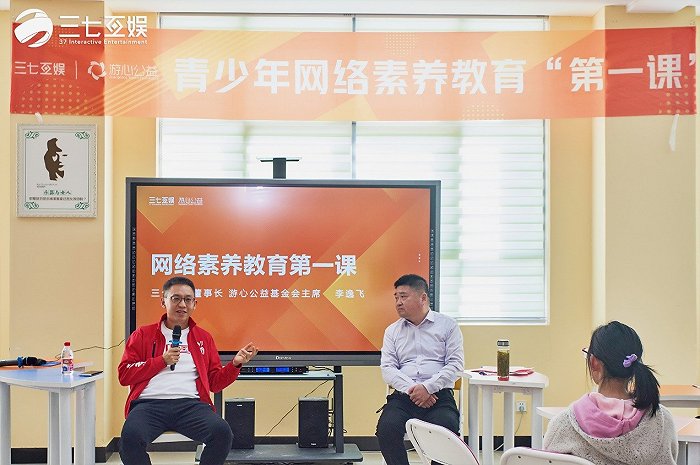 In order to do a good job in the education of online literacy for minors, Sanqi Mutual Entertainment has opened the “First Lesson of Online Literacy Education for Teenagers”, and based on this as a starting point, it will further explore the online literacy education of minors. At present, the company is working with the gamification research team of Beijing Normal University to carry out research projects and develop a middle school curriculum package of “Internet literacy education with game literacy as the core”, which will be applied to key cooperation areas of educational empowerment in the future.

Responsibility lies on the shoulders, move forward with determination. For the future, 37 Interactive Entertainment will continue to adhere to the mission of “bringing happiness to the world“, maintain strategic focus, actively embrace changes, continue to promote the integration of sustainable development concepts into development strategies, governance structures, corporate culture and business processes, and join hands with shareholders , customers, employees, all sectors of society, and create a better future in symbiosis and win-win.

The autarkic BTP locks down Italy: the League...

Reform of the Mes, EU pressing on Italy...

Citizenship income: the applications of the crafty rejected...