Home Business Shocked A shares! The company’s secretary of the board of directors and shareholders fought each other, claiming that they had been beaten to hematuria for a week!New progress is coming: the removal of the secretary of the board|Jiaying Pharmaceutical_Sina Finance_Sina.com
Business

Jiaying Pharmaceutical(002198.SZ) The last time the capital market attracted attention was because of “industrial hemp”, but this time it was because of an internal fight. 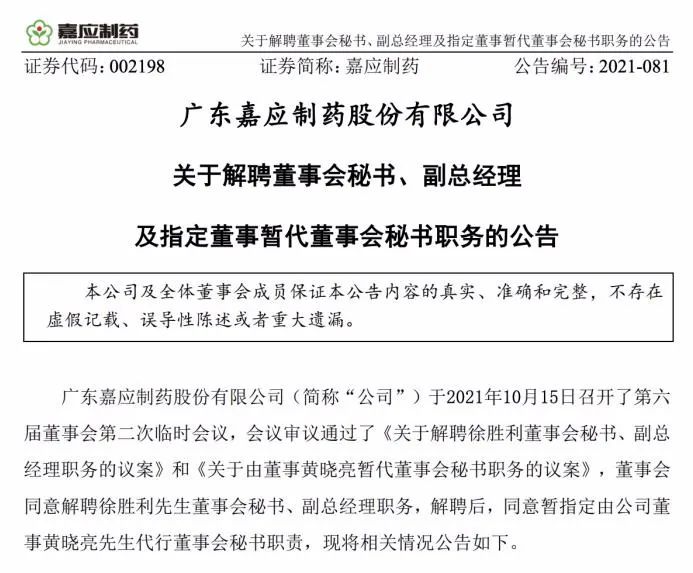 The 21st Century Business Herald reporter noticed that when the Jiaying Pharmaceutical Board of Directors reviewed the motion to remove Xu Shengli, “5 votes in favor, 2 votes against, and 2 abstentions”, and Xu Shengli left the meeting room during the review of the board meeting and was not present. Express your intention to vote on.

Xu Shengli is the secretary of the board of directors who previously claimed to be beaten by shareholder Huang Libing, but Huang Libing denied this in an interview with the media recently.

On October 19, a person from Jiaying Pharmaceutical told a reporter from 21st Century Business Herald that the company would appoint a new secretary to the board as soon as possible.

In an interview, Xu Shengli stated that he did not approve the proposal of the company’s board of directors to remove his board secretary. It is reported that it has submitted a petition to the Shenzhen Stock Exchange.

Disaster after the transfer of control

On December 1, 2016, the actual controller Huang Xiaobiao and Shenzhen Laohuhui Asset Management Co., Ltd. (hereinafter referred to as Laohuhui) signed the “Share Transfer Agreement” and transferred 57.2 million shares of Jiaying Pharmaceutical held by them to Laohuhui.

According to data, Laohuhui is an investment institution under the Orient Capital Group, and the actual controller is Feng Biao.

On June 16, 2021, Jiaying Pharmaceutical issued an announcement stating that Laohuhui will exclusively entrust the voting rights of 57.2 million shares held by Guangdong New South Medical Investment Development Co., Ltd. (hereinafter referred to as New South Medical) for exercise, with a validity period of 24 In September, New Southern Medical became the company’s single shareholder with the largest share of voting rights. 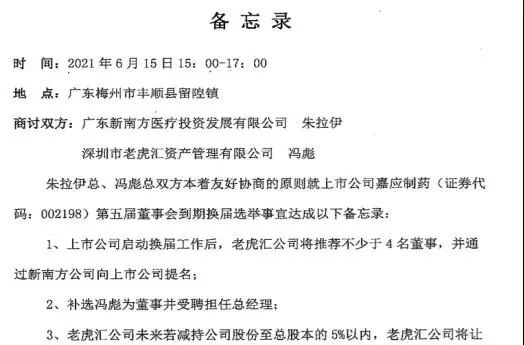 On the evening of June 22, Jiaying Pharmaceutical issued a “Acquisition Report” stating that New Southern Medical intends to become the controlling shareholder of the company by entrusting voting rights and subscribing to non-public shares, and the actual controller is changed to Zhulai .

According to the data, Zhulai was born in October 1957 with a bachelor’s degree in Chinese medicine from Guangzhou University of Traditional Chinese Medicine. Since 1994, he has been the chairman of Guangdong New South Group Co., Ltd.

But only 3 months later, Tiger Remittance began to regret it, intending to cancel the voting rights entrustment agreement.

The “seeds of disputes” may begin to sprout when Jiaying Pharmaceutical’s new board of directors is re-elected.

On July 15, 2021, the 17th meeting of Jiaying Pharmaceutical’s fifth board of directors reviewed and approved the “Proposal on the General Election of the Company’s Board of Directors”. The members of the sixth board of directors are directors Zhulai, Feng Biao, Xu Shengli, and Huang Xiaoliang , Chen Chengjun, Huang Zhihan, and three independent directors Xiao Yinan, Xu Chi, and Guo Huaping.

On August 2, the first meeting of Jiaying Pharmaceutical’s sixth board of directors reviewed and approved the “Proposal on Electing Zhuray as the Chairman of the Company’s Sixth Board of Directors” and the “Proposal on Appointing Zhuray as the General Manager of the Company” . At the same time, the board of directors also elected Feng Biao as the vice chairman and Xu Shengli as the company’s secretary of the board.

Just when the market expected that Zhulai became the chairman and actual controller of Jiaying Pharmaceutical, which could bring a brand new change to the company’s performance, Laohuhui suddenly “turned over”.

According to Jiaying Pharmaceutical’s disclosure, Zhulai, Chairman of New Southern Medical and Feng Biao, Chairman of Laohuhui, agreed on the afternoon of June 15 that after a listed company starts the re-election work, Laohuhui will recommend no less than 4 directors and approve New Southern Medical nominated a listed company; Feng Biao was elected as a director and appointed as the general manager by-election.

However, at the first meeting of the sixth board of directors of Jiaying Pharmaceutical on August 2, Feng Biao was only elected as the vice chairman, and Zhulai was also appointed as the general manager.

According to the company’s response to the Shenzhen Stock Exchange’s letter of concern, Zhurayi met with firm opposition from other members of the board of directors when he successively appointed Huang Libing as the general manager and executive general manager after he became the chairman of Jiaying Pharmaceutical. This directly triggered the tiger exchange. The contradiction with New Southern Medical, and eventually intensified.

“Battered” Secretary of the Board of Directors was dismissed

According to the “Independent Opinions Regarding Responses to the Letter of Concern of the Shenzhen Stock Exchange” issued by Jiaying Pharmaceutical on October 14, the company’s independent director Xiao Yinan received the “Complaint Letter” from the Secretary of the Board Xu Shengli on September 16. , Huang Libing asked Xu Shengli to drink tea in his third-floor office on the grounds of “drinking tea”, and then acted on Xu Shengli. “After several hospital identifications, Secretary Dong suffered minor injuries, facial and chest contusions.”

On September 16, director Huang Xiaoliang took advantage of the secretary of the board of directors to go to the office of the company’s securities department to snatch the E-KEY used by the board secretary for information disclosure from the securities affairs representative office in his own name.

Once this matter was disclosed, it caused an “uproar” in the capital market. The board secretary of a listed company was “beaten” by shareholders, and the safety of life was not guaranteed. How to perform his duties?

However, on October 16th, the “beater” Huang Limin “calls for injustice” in an interview with the media. He said that “Xu Shengli was the first to do it, and he was beaten by him into kidney bleeding and had blood in the urine for nearly a week. The public security organs identified the minor injuries on both sides, and it was not the unilateral beating as Xu Shengli said.”

On October 19, the above-mentioned Jiaying Pharmaceutical person told the 21st Century Business Herald that the public security organs are still investigating the conflict between the two and there is no conclusion yet.

However, at this point, Xu Shengli’s position as Secretary of the Board of Directors was dismissed by Jiaying Pharmaceutical.

The voting result of the “Proposal on Dismissing Xu Shengli’s Board Secretary and Deputy General Manager” was “5 votes in favor, 2 votes against, and 2 abstentions”. Except for Feng Biao’s opposition and Xu Shengli’s abstentions, the remaining two votes were opposed. The ticket comes from independent director Xiao Yinan.

In the A-share market, there are many listed companies that have brought in external investors to cause control disputes. From “snatching the official seal” to “fighting” to “fighting in court”, all kinds of fighting methods are dazzling. It remains to be seen how this “infighting” will end. 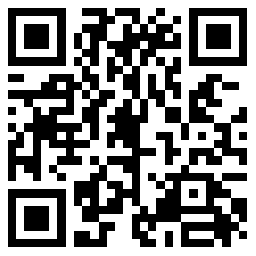 25-year-old doctoral supervisor of 985 colleges and universities published internationally: I responded that the enrollment quota is full-People-cnBeta.COM