Some institutions said that entering October, the valuation of the banking sector is expected to stabilize at a low level.

On October 11th, the three major A-share indexes diverged after their short-term highs at the beginning of the market, and then fell collectively in the afternoon. As of the close, the Shanghai Composite Index fell below the 3,600 mark, and the ChiNext index fell below the 3,200 mark. After the holiday, funds are still in the “vacation” mode, and the turnover of the Shanghai and Shenzhen stock markets is less than one trillion.

The banking sector performed quite strongly, up by 1.52% as of the close, with a turnover of 23.482 billion yuan.

The banking sector is booming

On the disk, the big financial sector has changed, and the banking sector is booming.

In terms of individual stocks in the banking sector, 40 of the 41 stocks collectively rose, and only 1 stockChangshu BankThe increase is zero, which can be described as “red and glowing”!Among them, the leadingBank of NanjingThe increase is approaching 5%, reaching 4.9%. also,Ruifeng Bank、Ping An Bank、China Merchants BankThe increases were all over 4%, which were 4.67%, 4.08%, and 4.06% respectively. 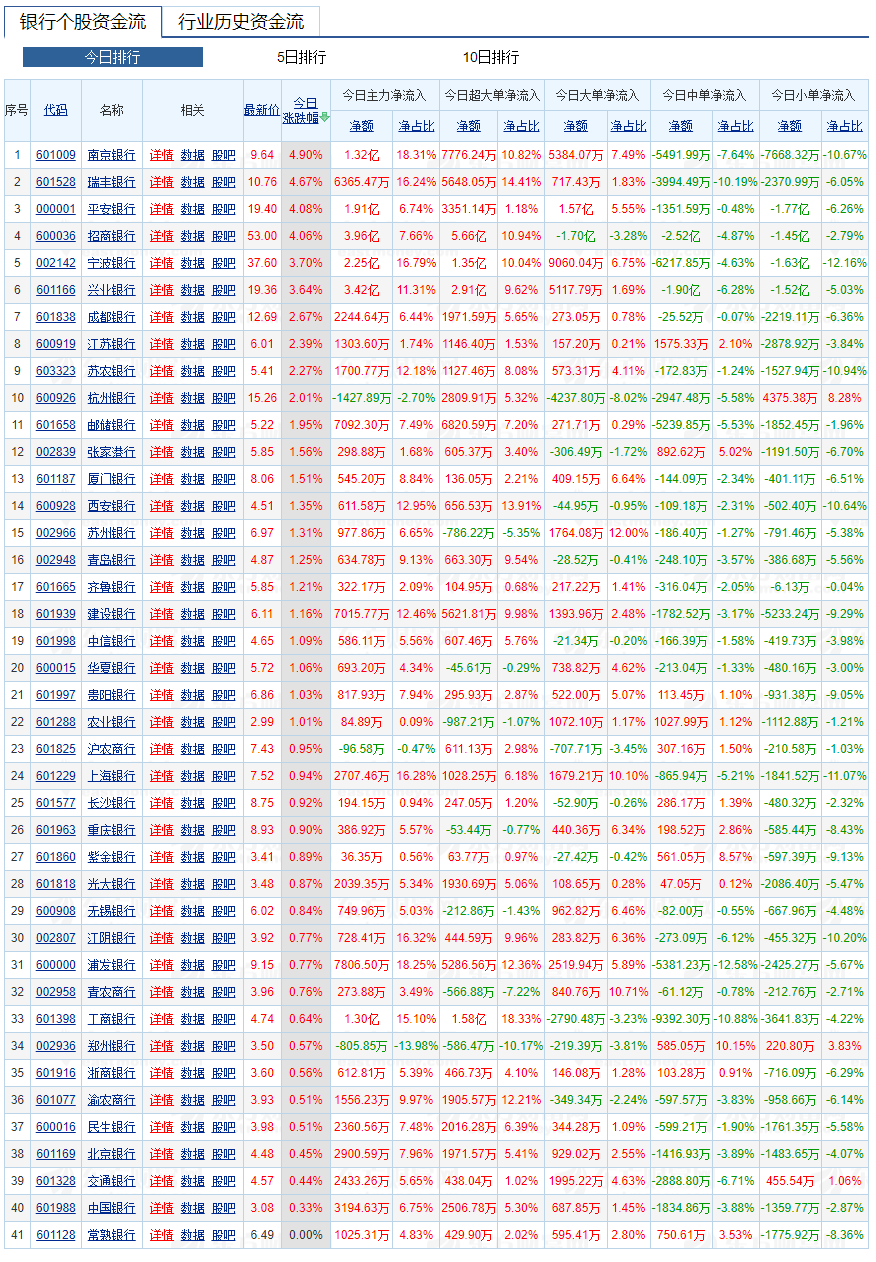 See also  Listed bank stocks have a net break rate of 85%, and many banks start price stabilization plans within this year 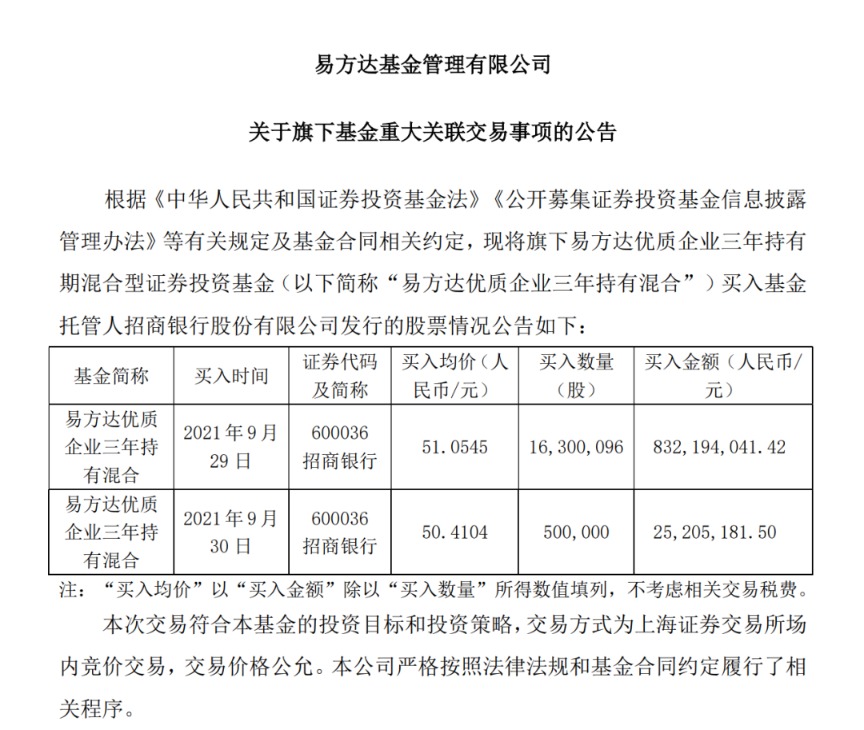 In addition to the “public offering brother” Zhang Kun, there are also many star fund managers who are optimistic about bank stocks.

It is reported that Ruiyuan Equilibrium Value managed by Zhao Feng also bought China Merchants Bank in two trading days in early September, buying a total of 7,235,800 shares, and the purchase amount reached 372 million yuan.Owned by Fu Guo Tianhui managed by Zhu ShaoxingBank of Ningbo, From 28 million shares at the end of last year to 36,610,800 shares at the end of the first half of this year.In addition, Xingquan Herun, managed by Xie Zhiyu, added 18.3616 million shares of Ping An Bank in the second quarter and addedIndustrial Bank2515,700 shares; Xingquan Heyi A added 5,172,100 shares of Ping An Bank, and 7,264,300 shares of Industrial Bank; Xingquan increased its holdings of Ping An Bank by 952,000 shares in three years.

See also  Banco BPM, shareholder foundations rise to 6.17%, private shareholders down to 4.69% due to the sale of a 2% stake from GGG

China Merchants SecuritiesThe research report pointed out that entering the fourth quarter, one can be more optimistic about bank stocks. Regarding the reasons, Liao Zhiming of China Merchants Securities put forward 3 reasons: 1) The low valuation of the banking sector has reflected pessimistic expectations. In recent months, the banking sector has seen a significant correction. The current bank (CITIC) index is only 0.65 times the PB valuation, which is at a historically low level. The low valuation reflects relatively pessimistic expectations. 2) The downward phase of the current round of social financing growth is expected to bottom out in September, and the follow-up is expected to stabilize at a low level. Although the economy is under downward pressure, there is no need to be overly pessimistic; the impact of the liquidity crisis of individual real estate companies on the banking system is controllable. 3) Looking at the past decade or so, bank stocks tended to perform better in the fourth quarter.

Essence Securities believes that the fundamental trend of banks is still in the channel of economic improvement. Among them, the stage of the fastest decline in the net interest margin may have passed, and there is a possibility of stabilization and recovery in the future. The significant improvement in asset quality is the biggest bright spot, and it is significantly better than the state before the epidemic. The high level of credit card risks is gradually eased. Risks in the real estate sector have aroused close attention from regulators. Listed banks have sufficient collateral and the probability of systemic risks is low.

Ping An Securities pointed out that, at the current point in time, combined with recent regulatory tunes for preventing risks and stabilizing growth, as well as the successive implementation of cross-cyclical adjustment policies, the possibility of a substantial economic downturn is not high, and the probability of large-scale credit risk release at the same time Smaller, the impact on the bank’s operating conditions and asset quality is controllable. After adjustments since the second quarter, the current static valuation level of the sector is only 0.66x, which is at an absolute historical low. The pessimistic expectations have been fully responded. It is recommended to pay attention to the valuation restoration opportunities brought about by the rebound of economic expectations and the switch of market styles.

Guosen SecuritiesIt is mentioned that as the effect of structural wide credit gradually emerges, the economy is expected to pick up. It is expected that there will be a round of valuation restoration for the banking sector from the end of the year to the second quarter of next year, and the industry’s “overweight” rating will be maintained.

The Beijing Stock Exchange is here, how to open an account>> 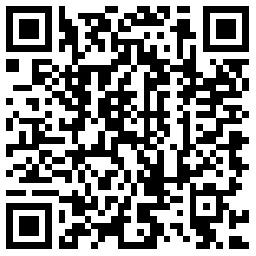 Energy supply continues to be tight, and oil...

The first U.S. Bitcoin futures ETF has the...

Chip shortage won’t hold back the race for...

Shocked A shares! The company’s secretary of the...