Home Business Six questions about Nvidia’s acquisition of ARM: where will it go in the future? -nVIDIA-cnBeta.COM
Business

Six questions about Nvidia’s acquisition of ARM: where will it go in the future? -nVIDIA-cnBeta.COM

According to reports, Nvidia’s acquisition of British chip design company ARM from SoftBank has aroused strong opposition on both sides of the Atlantic. The transaction was first announced in September 2020 and is currently in the quagmire of global regulatory review and will miss the timetable originally scheduled for completion in March 2022. This week, the British government announced an in-depth investigation of the transaction on the grounds of competition and national security, which is expected to last for several months. 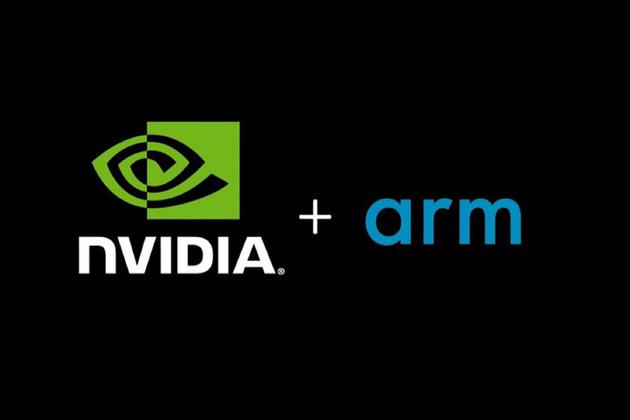 Why did regulators dislike this deal so much?

ARM has an extraordinary position in the global technology industry. It does not produce chips itself, but its design constitutes the basic blueprint for the 25 billion chips produced by other companies last year. Some competitors complained that if the deal is completed, Nvidia will have the ability to restrict competitors from using ARM’s design, thereby benefiting its own products.

At the same time, the conclusion of this transaction comes at a time when global antitrust regulators are becoming more concerned about the emergence of a new generation of technology monopolies.

Last month, the European Union also announced an in-depth investigation into the transaction. At that time, EU Competition Commissioner Margrethe Vestager warned: “Our analysis shows that Nvidia’s acquisition of ARM may result in limited or reduced opportunities for other companies to obtain ARM’s intellectual property rights, which will distort many Competition in semiconductor-related markets.

ARM’s wealth is based on its almost complete dominance in the field of smart phone processors; and Nvidia’s use of this transaction to monopolize newer markets such as data center servers and automobiles has caused concern for regulators.

This week, the UK also launched a deeper investigation into the announcement of the deal. Nvidia said that European regulators have raised many concerns. At the same time, the US Federal Trade Commission (FCC) also has its own concerns.

Why is Britain particularly opposed to it?

Other regulators mainly focus on competition issues, but the UK has added “national security” to its “list of concerns”. The exact reason behind this is still unclear, but ARM’s headquarters and most of its research activities are in the UK, which may make it an important part of any future industrial strategy in the UK.

“Post-Brexit” politics also played a role. Less than a month after the 2016 Brexit referendum, SoftBank took advantage of the 11% drop in the British pound against the U.S. dollar to buy ARM. At that time, the deal was described as a vote of confidence in the future industrial competitiveness of the UK. SoftBank made a five-year commitment (now expired) to maintain ARM’s presence in the UK and promote its local recruitment. .

ARM may be sold to a U.S. company, and several other important British companies fall into the list of foreign acquisitions. This has aggravated concerns about the weakening of the influence of British companies, despite Nvidia’s commitment to support ARM’s U.K. business and continue to do so. British investment.

Do Nvidia and Softbank have any solutions to these concerns?

In addition, Nvidia also promised that it will not prevent any other company from obtaining authorization for ARM designs. But this proposal has little effect. Both the European Union and the United Kingdom considered this proposal to be inadequate before starting the latest investigation. The UK Competition and Markets Authority (CMA) stated that such behavioral remedies (that is, restricting a company’s future behavior) are difficult to monitor and enforce.

The scrutiny of regulatory agencies shows that Nvidia CEO Huang Renxun has largely underestimated the potential resistance of this transaction. He initially argued that maintaining ARM’s existing licensing business is also in NVIDIA’s own economic interests. Therefore, people should be assured that Nvidia will not try to prevent competitors from using ARM’s design.

He also tried to show magnanimity to leave enough room for competitors, asserting that “the market has so many different market segments, it is impossible for a company to solve all problems.” But this has not stopped competitors from worrying that Nvidia will try to seize the richest part of the market.

Is it possible for this transaction to continue?

The answer is yes, although the situation is getting worse. Nvidia can try to provide stronger guarantees to reduce its risk of hindering competition, although CMA’s aversion to behavioral remedies is difficult to overcome. Alternatives, including the divestiture of part of ARM’s intellectual property rights so that it is not controlled by Nvidia, are difficult to design without compromising the value of the transaction.

In fact, the rattling of the regulators may not really stop the deal. Especially for British CAM, the stakes are high. Soon after Brexit, “a big win” will enhance its authority as a new power on the global antitrust arena, although “a big defeat” will be devastating.

When can Nvidia and Softbank close?

Nvidia initially stated that it may take 18 months to complete the transaction until March next year. But then warned that the transaction may take longer. As long as the two companies believe that it is possible to convince the regulators, they can drag on for a few more months.

At the same time, SoftBank has a strong motivation to push this deal until the very last moment. Since the announcement of the transaction, Nvidia’s stock price has risen sharply and is expected to reap a huge windfall. Initially, this cash and stock acquisition was worth as much as 38.5 billion U.S. dollars, while the current value is 82 billion U.S. dollars.

If both parties concede early, the possible reason is that ARM’s business has begun to be affected by uncertainty and has begun to lose some important employees. Nvidia allocated 1.5 billion US dollars last year as a stock reward for ARM employees after the transaction was completed. But the deal was met with more and more opposition, making this large fortune seem more and more distant. ARM also took out some of its own funds to try to prevent employees from resigning, which was an important factor behind the company’s loss of $200 million in the last fiscal year.

What happens to ARM if the transaction is cancelled?

Softbank revealed its interest in selling ARM when approaching Nvidia to discuss possible transactions. This makes “another exit” seem possible if the current transaction fails.

This transaction makes people pay attention to ARM’s unique position in the chip industry. After Softbank has made a huge investment for a period of time to expand its business scope to new markets beyond smart phones, ARM’s business may also be about to take off. Since 2016, ARM’s revenue has only grown at a compound rate of about 5% per year; but in the first six months of this year, the company’s revenue has soared by 61%.

If other chip makers try to acquire ARM, it may provoke the same regulatory backlash as Nvidia. This makes listing the most likely option, and the UK may be the most popular listing location.

But for the current owners of ARM, returning to the London listing (ARM was listed in London before SoftBank acquired ARM) may not be the best result. After all, Wall Street’s valuation of technology companies is much higher.

cnBetaNVIDIASix questions about Nvidia's acquisition of ARM: where will it go in the future?
0 comment
0
FacebookTwitterEmail
previous post

The Hebei team has reached the most critical moment!All employees are ready to leave after receiving notice_work