On January 28th, Tesla officially released the new Model S. The exterior of the new car has not undergone much change, but the interior can be said to be completely changed. The oversized vertical screen on the previous model was cancelled and replaced with a 17.0-inch horizontal display.At the same time, Tesla also brought a “butterfly steering wheel”, full of science fiction.

Alibaba Cloud 6.18 Main Venue: Explosives at 10 o’clock every day for a limited time

What’s more worth mentioning is that Tesla’s aggressiveness was beyond imagination, and it directly cancelled the shift lever and turn signal lever. Before the actual car was exposed, many car fans still didn’t know how to shift gears in the new Model S.

Today, with the delivery of the Model S, the video of the car’s “butterfly steering wheel” getting started and shifting gears has also been exposed by netizens.

From the video,When the female driver was driving the new Model S, the “butterfly” steering wheel was not as easy to use as imagined.

The steering wheel is not easy to operate accurately when turning at a large angle or turning around. The woman in the video,It is possible to drive with a conventional “circular” traditional steering wheel, and I have not accurately grasped the other side of the “butterfly” steering wheel several times.

And because the new model has cancelled the gear, the virtual shift button is set on the left side of the screen, sliding up to forward gear, sliding down to reverse gear, and parking automatically in P gear.

When the female driver was driving, she kept sliding her finger on the screen, and the operation did not seem to be as fluent as a traditional gear lever model.

Regarding this kind of steering wheel and gear shifting method, many netizens said after reading, “This operation is more speechless and speechless”, “If this steering wheel is coupled with Toyota Reiz’s 3 and a half turns, the effect will be more sour.” 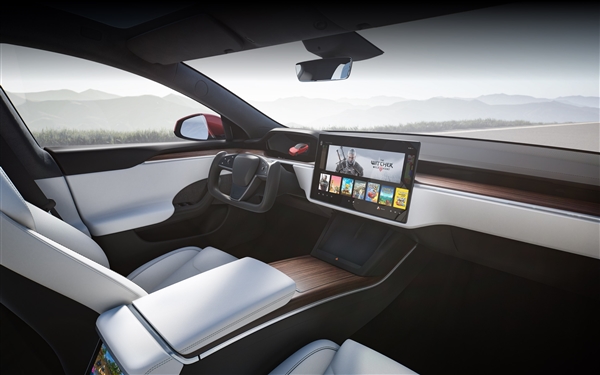 Electric cars, Italians willing to buy them but...

Komainu, today appointed as CEO the blockchain and...

[Elite Forum]Is the US raising interest rates to...