Home Business Tesla’s difficult road to return to work: the hearts of the people are scattered, and Musk’s threat of layoffs will not work? – Tesla Tesla electric car – cnBeta.COM
Business

Tesla’s difficult road to return to work: the hearts of the people are scattered, and Musk’s threat of layoffs will not work? – Tesla Tesla electric car – cnBeta.COM

Beijing time on September 15th news, this spring, Tesla CEO Elon Musk established a strict return to the office policy. On May 31, he abruptly notified employees via email that he had to be in the office “at least 40 hours a week.” Musk said any other excuses were “perfunctory” and those who didn’t come to work were considered to be leaving.

However, three months on, Tesla still doesn’t have the space or resources to bring all of its employees back to the office, according to sources familiar with the matter and internal documents. Return-to-office policies have also contributed to a drop in employee morale, especially among teams that allowed employees to work remotely as needed before the COVID-19 pandemic.

In general, before the outbreak, Tesla had been open to remote work for office workers. As Tesla’s workforce has grown in recent years, the company has focused on building international hubs and building a new factory in Texas. As a result, it hasn’t built enough new workplaces at its existing facilities in Nevada and California, and it hasn’t acquired enough office equipment to keep all of its office workers and long-term contract workers on a 40-hour week.

Tesla recently brought employees in the San Francisco Bay Area into the office three days a week, but the shortage of desks, chairs, parking spaces and other resources has proven to be too great, according to several employees who currently work there. In the case of no other way, Tesla can only stagger the working hours and adjust it to two days a week.

See also  After the cryptocurrency "mining disaster", the hydropower station was sold at a price of tens of millions on the second-hand platform-Digital Currency / Blockchain

And even simple everyday items like dongles and charging cables are in short supply. In the days when Tesla had more employees working in the office, the crowded environment forced people to take calls outside, because Tesla never built enough conference rooms and phone booths to accommodate so many employees in attendance at the same time.

One in eight absent

At the Fremont, California, auto assembly plant in early September, about one in eight employees didn’t show up for a workday, internal records show. Looking at the entire Tesla workplace, the figure is only marginally better, with about one in 10 employees absent from work on a regular workday. 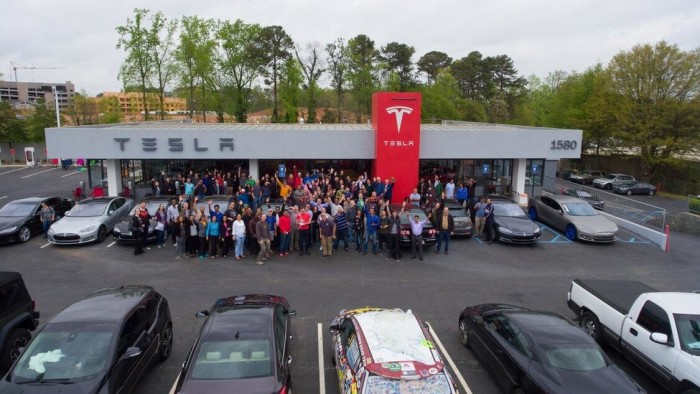 One in eight absenteeism at Tesla’s U.S. factories

Musk’s forced return to work order doesn’t seem to have had much effect. Internal reports show Tesla employee absenteeism has remained within this range since March 2022, before Musk’s mandated return to work. A spike in absenteeism around weekends and holidays is to be expected.

Information and internal records revealed by people familiar with the matter show that Tesla’s absenteeism rate is calculated based on data from employees swiping their badges at the office, and the daily total is calculated by dividing unplanned absences by planned vacation time. absenteeism. However, not all employees are tracked in the same way. For example, employees who report directly to Musk will not count the number of times their badges are swiped in internal reports.

See also  Banks, the market is betting on a race for Banco Bpm

Internal information shows that this vague and informal return to work policy has led to a significant drop in morale among some employees.

Before Covid-19 restrictions were put in place, Tesla managers often figured out how long their teams would be comfortable working remotely. But Musk’s tough policies theoretically eliminate that freedom, although some executives may still be able to make exceptions for “special” employees.

In early June 2022, just after Musk mandated 40-hour shifts for all employees, Tesla slashed its workforce. Employees who were previously designated to work remotely but were unable to work 40 hours a week in the office were asked to return to the office by Sept. 30 or receive severance pay from Tesla.

Just about a week after the request was made internally at Tesla, Tesla HR asked employees who lived far away if they planned to move to Tesla offices to work 40 hours a week there. Internal letters and two people with direct knowledge of the layoffs said some of them said they weren’t sure they could move, or that they certainly couldn’t. As a result, they were fired without warning in June.

At the same time, the policy also undercuts Tesla’s ability to recruit and retain top talent. At least some popular employees quit because they wanted more flexible work arrangements, according to internal Tesla letters and two resignation reports.

Some employees who used to live far from Tesla’s offices were forced to move to meet the new reopening requirements and now take hours to drive to see their families, one employee said. The employee said their biggest concern is for Tesla’s immigrant employees, who could lose their visas if the company suddenly decides to terminate their jobs because of attendance. They also worry that Tesla’s conservative approach to remote work could affect the company’s diversity goals.

See also  Canon Zhuhai, which has been established in Zhuhai for 32 years, announced the suspension of production and is currently negotiating plans with employees

In May 2022, in Tesla’s latest 2021 impact report, the company touted how to keep employees connected while working in remote offices.

“During the global pandemic, we’ve focused heavily on expanding our community engagement and ensuring our employees stay connected,” the report said. “Specifically, we’ve expanded our employee resource groups to ensure our programs are accessible in a remote work environment. …As our employees turn to virtual events to foster inclusion across locations, physical boundaries and time zones, we ensure they feel more heard and connected than ever before.”

Tesla did not disclose how many employees were allowed to work remotely before and after the pandemic began, nor did it disclose the impact on the demographics of its workforce.

and Musk's threat of layoffs will not work?cnBetaTesla Tesla electric carTesla's difficult road to return to work: the hearts of the people are scattered
0 comment 0 FacebookTwitterEmail
previous post

Summary: China and Uzbekistan continue to move forward hand in hand on the road of national development and revitalization – China Daily