I believe those friends who have watched the Microsoft Windows 11 conference in June this year should all know that starting from 11, the Windows system can support computers to run Android applications through virtual machines, right? At the time when the beta version of Windows 11 was released, I upgraded my laptop to the new system. I thought I would be able to use the Android app soon, but I didn’t even use the better versions.

Unexpectedly, just a few days ago, Huawei took the lead and came up with a mobile phone before Microsoft. Why use the mobile phone’s “Huawei Mobile Application Engine”.It claims to be able to run Android mobile applications on Huawei PCs. 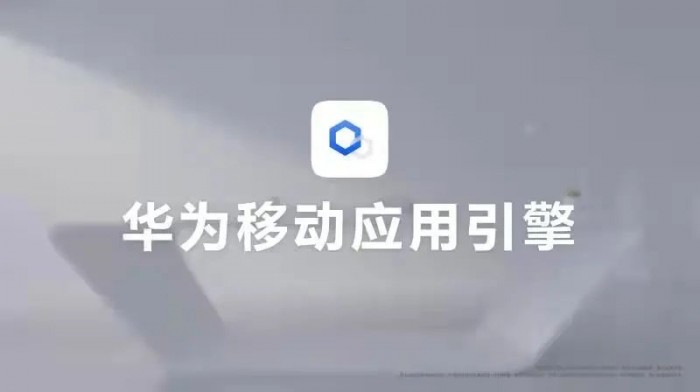 Originally, this Huawei mobile application engine was to be announced along with the new smart office product launch conference held by Huawei today. 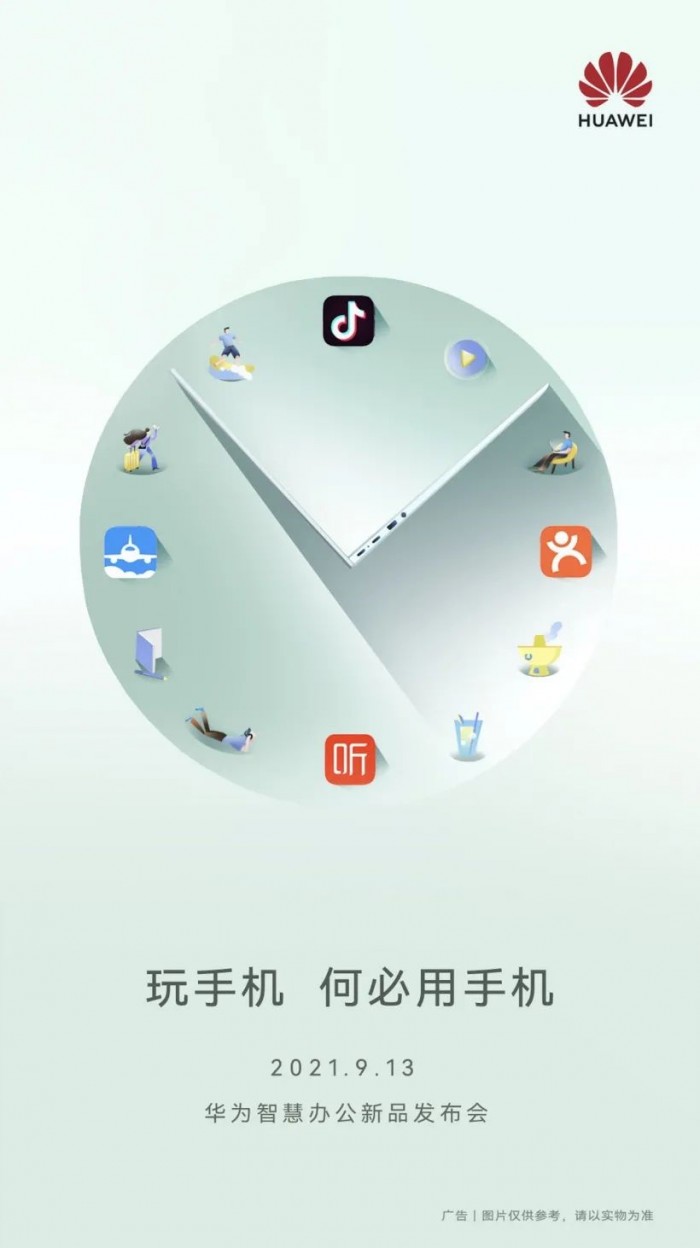 However, before the press conference was held, I noticed that someone on the Internet had leaked the download files of the public beta version of Huawei Mobile Engine:

And what is the most important thing? According to the actual test of netizens, even if your computer is not Huawei, you can still use this engine to run Android applications on your computer. 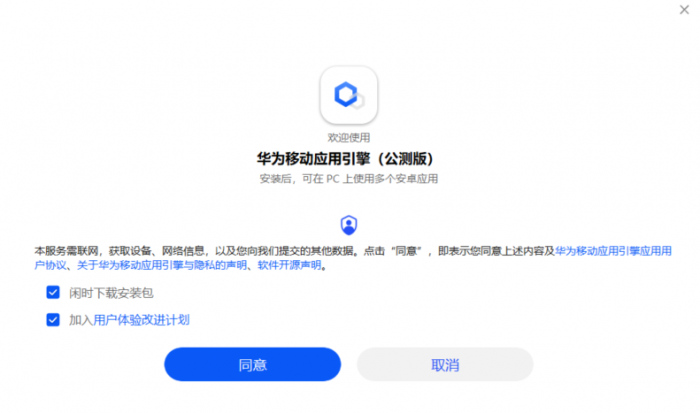 Then can it completely kill those unusable PC terminals and web pages, and make the computer an absolute fish-catching artifact? !

u1s1, a lot of software web versions are badly done ▼ 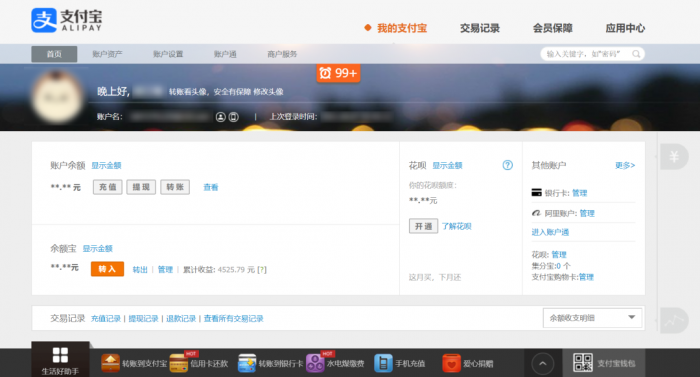 With curiosity, I downloaded the 1.03GB Huawei Mobile Application Engine public beta installation package from the Internet. Next, I plan to take everyone to see how its experience is.

The use of Huawei Mobile Application Engine is very simple.

After the friends have installed the two files downloaded earlier on their computers, they only need to click on the MobileAppEngine program to run, and they can enter its main interface without any complicated settings. 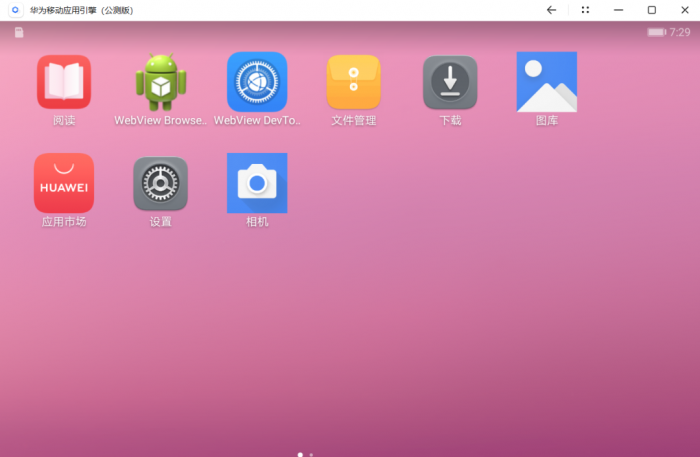 It can be seen that the main interface of the entire mobile application engine is very concise, even a bit rudimentary, even the icon style is not uniform.

Click on the settings, and you will find that this engine is basically an Android emulator with EMUI system. All its setting options and interfaces are almost identical to those of Huawei phones. 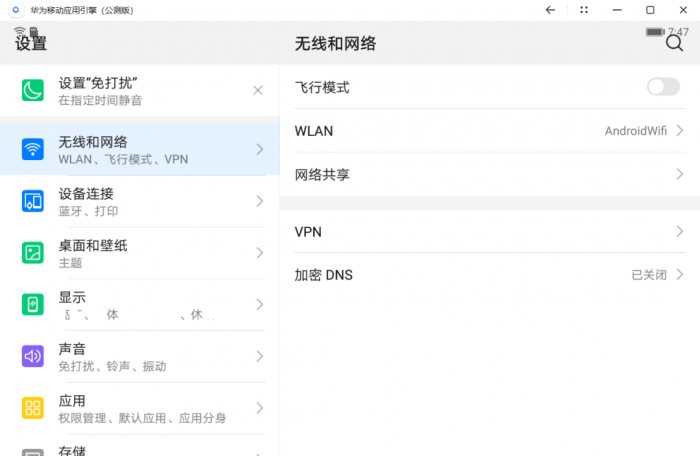 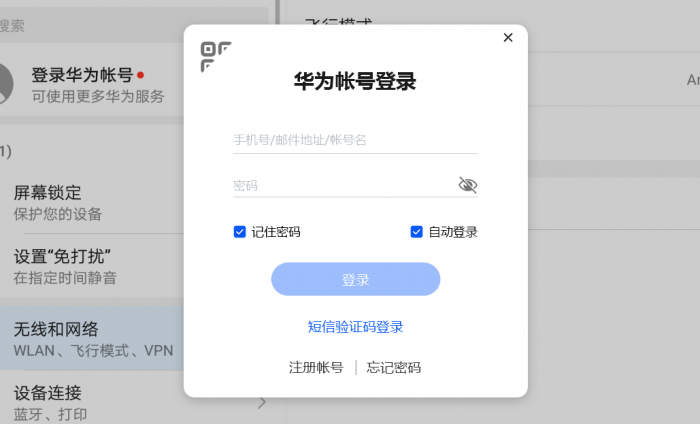 Click on the phone to view its related parameters, friends can see that this mobile application engine is really an emulator. There is one thing to say, this configuration is very good in a lot of simulators.

This is because there are many emulators on the market, and their systems generally still stay on Android 7.X, and most of them use the native Android system. You may not be able to play without the basics.

So what is the experience of downloading and using the App? 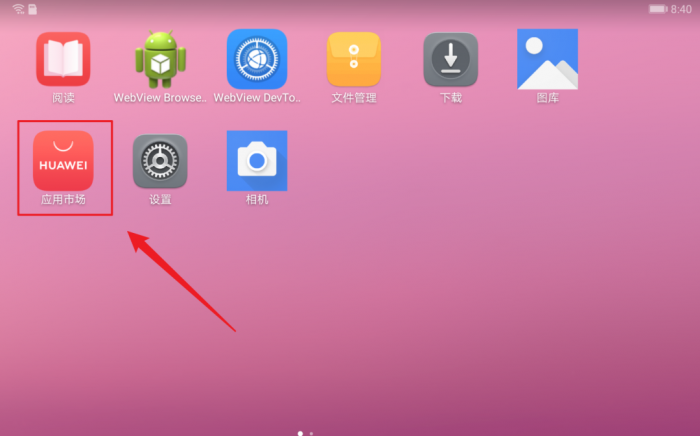 Fortunately, there are a lot of software in the Huawei application market, and there are almost all commonly used software, and you can install them on your computer: 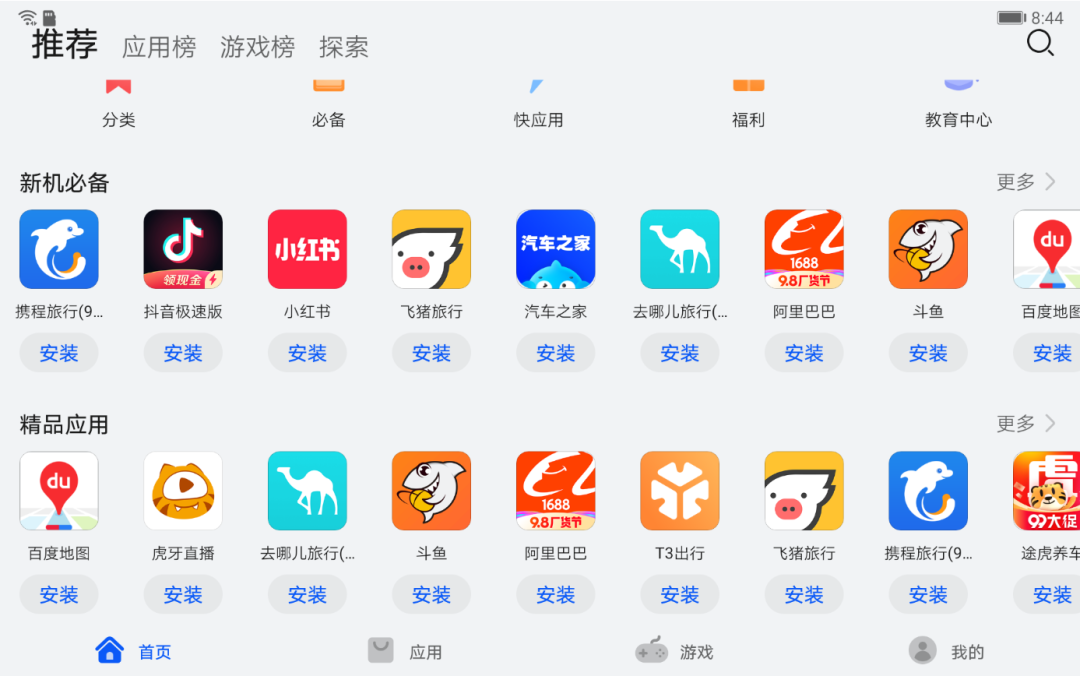 The installed software will not only be displayed in the mobile application engine, but also on the computer desktop, just like other desktop software, except that there will be an additional logo in the lower right corner of their icons to distinguish: 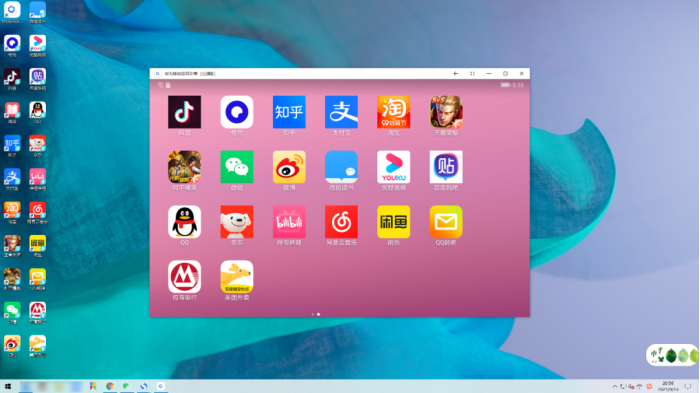 Once you run these Android applications, you will find that you can not only use the mouse to control the zooming or sliding of the window, but also directly use the keyboard to enter text. Their operation logic is almost the same as that of the computer software:

When encountering certain Android software, Huawei’s parallel vision function can also be triggered, so that one window can display different interfaces at the same time: 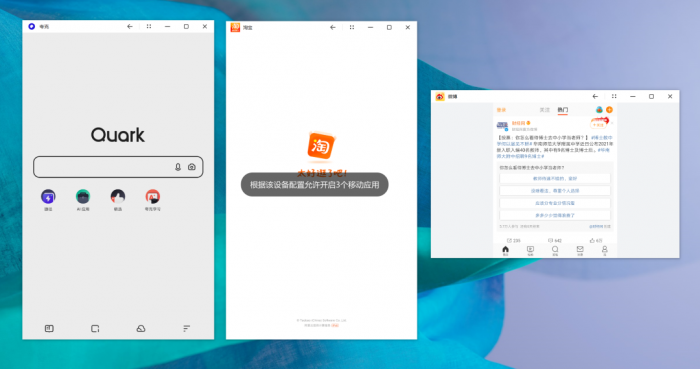 After a simple test, most of the software installed from the application market can be opened and used normally on the computer, such as Taobao, Zhihu, Jingdong, Douyin, Weibo, and Bilibili. 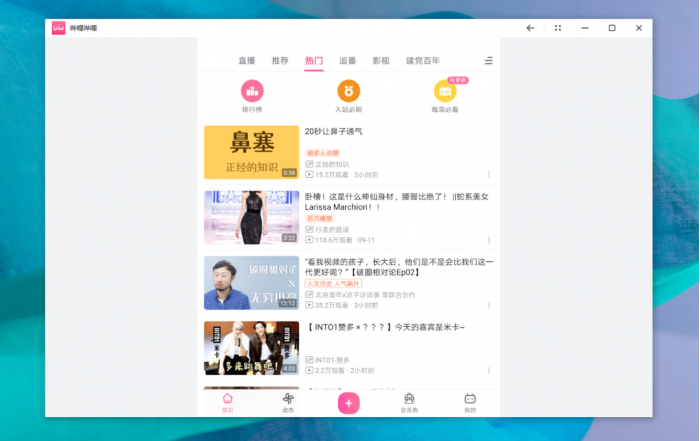 When paying, you can also pay normally: 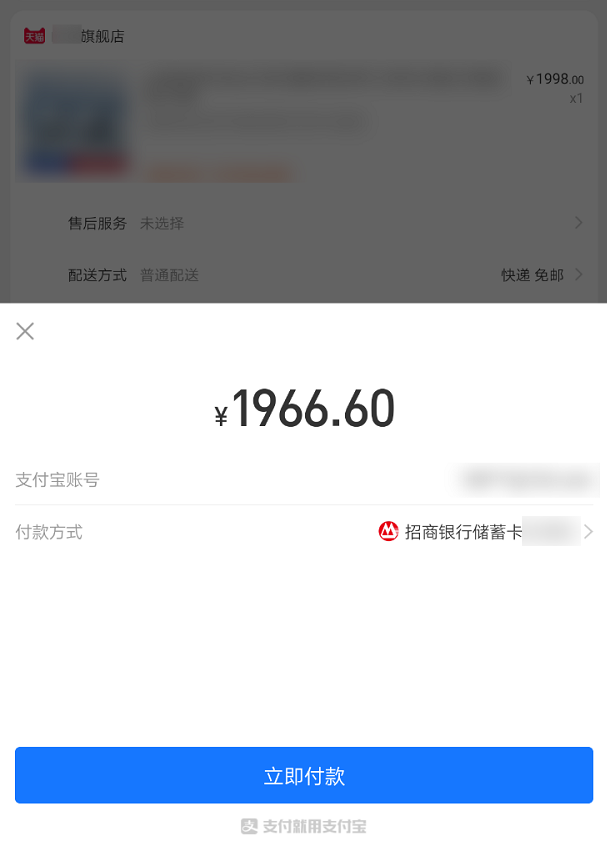 These softwares had no corresponding desktop version before, so it is very convenient to use with the mobile application engine. Compared with the original web page only, the experience is directly improved.

However, it may be because the engine is still in public beta, so many software will crash during opening or use, such as Alipay, Quark, China Merchants Bank and other apps, which should not be properly adapted.

The key handle function of Huawei Mobile Application Engine is very good. As long as the keyboard key mapping is done, you can play mobile games without a handle. 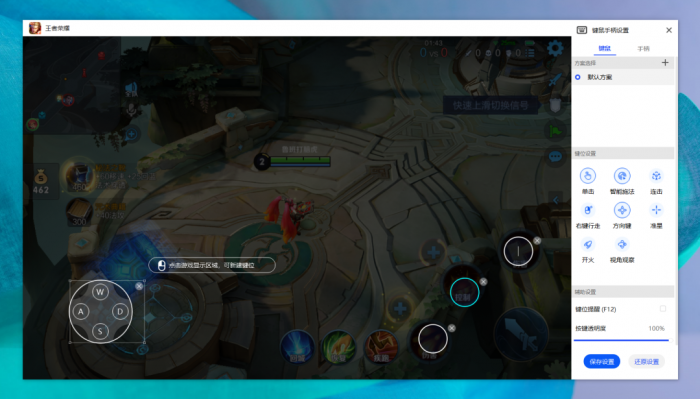 It’s just running mobile games such as Glory of Kings. There will be occasional lags during the game. It can be played, and the experience needs to be discounted:

In general, if Huawei can optimize this mobile application engine better, it is still quite recommended that all friends install this on the computer, it can undoubtedly greatly improve the computer experience.

At the end of the article, because the public beta version of Huawei’s mobile application engine was leaked by others, we won’t put its download link here, and interested friends can find it online.

Thank you for watching~

“The entrance test to medicine, and dreams shattered by hasty corrections”