The first Pixel watch is released, and the Google ecosystem welcomes new hardware_Watch_Pro_Tensor

Original title: The first Pixel watch was released, and the Google ecosystem ushered in new hardware

On Thursday, Google brought new hardware products to its Pixel lineup at its fall event, including the Pixel 7 series of phones, its first watch, the Pixel Watch, and a new tablet product whose exact release date is still up in the air.

Despite the small market share of the Pixel lineup, on Alphabet’s first-quarter earnings call, CEO Sundar Pichai said the Pixel Series 6 was “the best-selling Pixel ever,” and said the company set an all-time record quarterly sales records. The company hopes it can keep that momentum going with the new Pixel 7.

The launch brought the new Pixel 7 and Pixel 7 Pro phones. The new Pixel phones again use Google’s own Tensor processor. At the conference, Google said that the Tensor G2 processor can provide phones with twice the speed of night vision processing and sharper photos, as well as improved super-resolution scaling (up to 30 times on the Pixel 7 Pro). But in fact, the core architecture of Google Tensor G2 has not changed from the first-generation Tensor. Except for a slight increase in core frequency, other upgrade points mainly revolve around GPU, TPU and ISP image signal processing units.

Judging from the latest running score data displayed on the Geekbench platform, the Pixel 7 Pro equipped with the Tensor G2 chip has a single-core score of 1068 points and a multi-core score of 3149 points. Compared with Qualcomm chips, there is still a certain gap, and currently only equals Qualcomm Snapdragon 888/888+. According to the official introduction, the Tensor G2 is built with Samsung’s 4nm process technology. It consists of two Cortex X1 super-large cores, two Cortex A76 large cores and four Cortex A55 small cores. The parameter improvement is limited.

See also  The central bank's heavy report is released!The real loan interest rate has stabilized and declined to maintain the continuity of the real estate financial policy. There is no basis for long-term inflation or deflation.

The Pixel 7 is equipped with a 6.3-inch FHD display with a 90Hz refresh rate, a peak brightness of 1400 nits, supports under-screen fingerprints, and has a battery capacity of 4355 mAh. The Pixel 7 Pro features a 6.7-inch QHD+ slightly curved screen, a Gorilla Glass Victors glass panel, and supports 120Hz LTPO, down to 10Hz under certain circumstances. Google says the screen’s peak brightness has increased by 20 percent. The Pixel 7 Pro has a 5000mAh battery.

Google has increased the resolution of the rear camera to 50 megapixels, which can provide sharper images than its predecessors. And, despite being more affordable, the Pixel 7 has the same front-facing and main sensors as the Pixel 7 Pro, except for the lack of a zoom lens.

It is reported that the new Google Pixel 7 and Pixel 7 Pro are now available for pre-sale in some countries and regions, and are expected to be officially released on October 13, with initial starting prices of $599 and $899 respectively.

Google has officially launched its first smartwatch, the Pixel Watch. The Pixel Watch is powered by the Exynos 9110 processor from 2018, but the running memory capacity has come to 2GB. In terms of design, Google claims that the design of the Pixel Watch is inspired by water droplets, with a very rounded curved transition design on the dial and back edges, and the strap is installed through a rotary lock.

In addition to the Google services pre-installed in Wear OS 3.5, the Pixel Watch will embed Fitbit’s fitness tracking capabilities after Google acquired Fitbit for about $2.1 billion.

Users can use Fitbit on their watch to track workouts, sleep, and all-day activity tracking. If the user already uses a Fitbit, it will sync directly with the app already on the phone. The Pixel Watch also comes with a six-month Fitbit Premium membership. The service includes access to more than 200 workouts, provides information on how sleep and heart rate trends change over time, and more.

It is understood that the Pixel Watch only works with Android phones. Google says the Pixel Watch can last up to 24 hours on a single charge, which is 6 hours longer than the Apple Watch Series 8. The Bluetooth/Wi-Fi version of the Pixel Watch starts at $349.99, while the 4G LTE version starts at $399.99. Unfortunately, this product is only available in one size, 41mm. 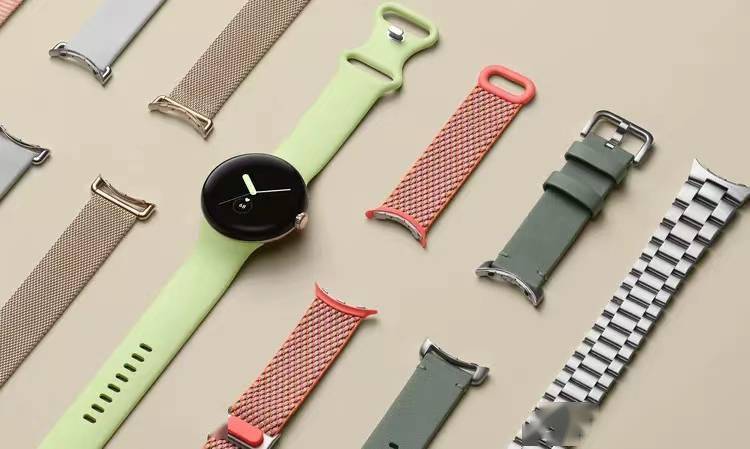 At its I/O developer conference in May, Google revealed that it was working on a new tablet, “The Pixel tablet pairs with a magnetic speaker dock to keep your device fully charged 24/7, giving the A computer offers the best features of a smart display. The Pixel tablet is designed to seamlessly transition from a home display to an entertainment device you can take with you—making it one of the most versatile tablets that can easily fit into you.”

Actually, this isn’t Google’s first tablet. The company has produced quite a few tablets since the first Nexus 7 hit the market in 2012, the last being the Google Pixel Slate released in 2018.

Unlike the Pixel 7 phones, the Pixel Tablet will feature a “micro-ceramic” coating and use the same Tensor G2 processor as the Pixel 7 and Pixel 7 Pro. The device has a charging speaker base that attaches magnetically to the back of the tablet, turning the Pixel tablet into a detachable home hub. When docked, the tablet can use widgets or Google Assistant to display photos or control the user’s smart home.

The current release date of the product is undecided, and sometime in 2023, Google has whetted everyone’s appetite, but until further official news of the Google Pixel tablet is revealed, there are still many Android tablets and support Smart displays for Google Assistant are available. 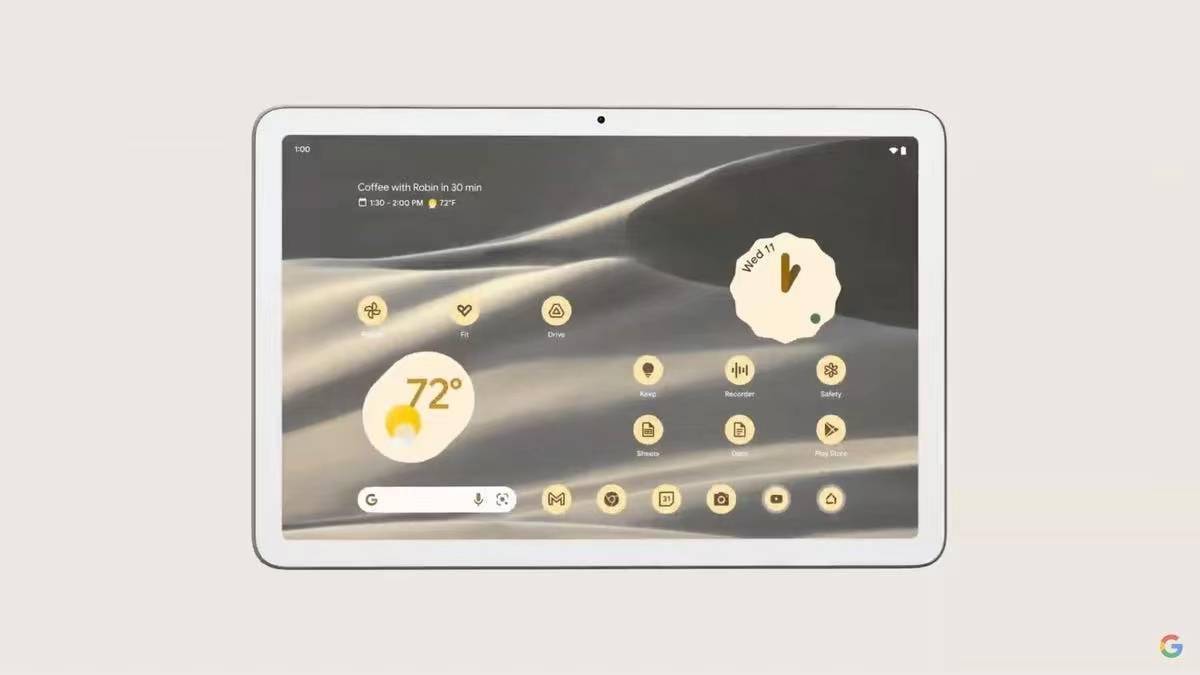 All in all, the entire conference was very compact, revealing Google’s ambitions for its own hardware products in the cross-device ecosystem. Under the pressure of Apple, Huawei, OPPO and other manufacturers all committed to creating a cross-device ecosystem, Google has to end the version, but whether its products can provide a consistent, reliable and innovative experience still needs to wait for follow-up news.Return to Sohu, see more

Denying being a Rain junior female player: Thank you for comparing me to Kim Tae-hee- Lianhe Zaobao

Time’s up for Baritech, the letters of dismissal...