Home Business The genius of Huawei and the founder of Mavericks spent 4 years building a car: it was gone just 2 months after it was released – yqqlm
Business

The genius of Huawei and the founder of Mavericks spent 4 years building a car: it was gone just 2 months after it was released – yqqlm

On the morning of December 7, Niutron, the founder of Mavericks Li Yinan, officially released the latest announcement stating that due to the company’s own reasons, the NV model cannot be delivered in the short term.

In fact, there was a lot of noise two days before the incident.

But last night, the situation changed suddenly, and there was another news that NIUTRON Ziyoujia’s front-line employees have received HR news, and an online Tencent meeting will be held the next day. There is a high probability that they will discuss the issue of resignation compensation. Disabled, unable to contact external parties.

Today, it is completely settled.This new energy vehicle, which was delayed only 2 months after its launch, came to an end, and more people put a big question mark on the survival of NIUTRON.

In October this year, NIUTRON just released its first new energy model NV, which is positioned as a mid-to-large urban exploration SUV, and was scheduled to be delivered by the end of this year.

The bull’s-eye headlights are quite recognizable ▼ As a result, just two months later, seeing that the delivery date was approaching, NIUTRON repeatedly exposed news of its bankruptcy, which also made many prospective car owners who had submitted the intent payment suspicious of the car delivery. 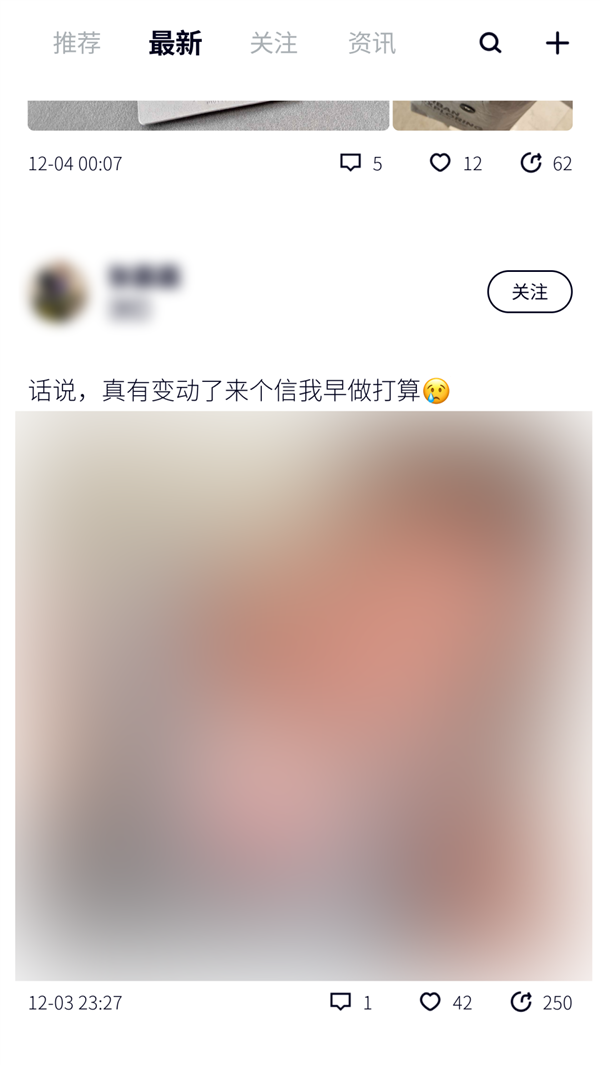 Fortunately, in the latest announcement, NIUTRON officials have promised that customers who paid the intention deposit before can get a full refund within 48 hours, and these 24,376 pre-order customers can also get an NV car model and a 200 yuan Starbucks consumer card. compensate.

Although there are follow-up measures, everyone can’t help but wonder. The press conference was held only two months ago. How can NIUTRON, which is under the halo of Li Yinan, collapse?

At present, most of the Internet is pointing the finger at it, and the Dacheng car that made the car for Mars Stone Technology has lost its chain. 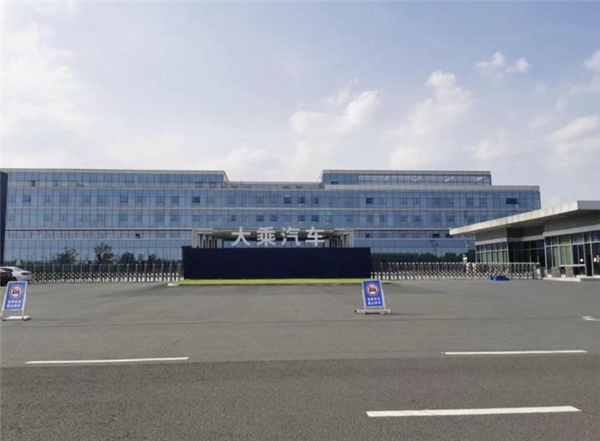 Founded in 2014, the founder of Dacheng Automobile is named Wu Xiao. His father is Wu Jianzhong, and Wu Jianzhong is the former chairman of Zotye Automobile. The father and son were once regarded as a model of father-son inheritance in car companies. 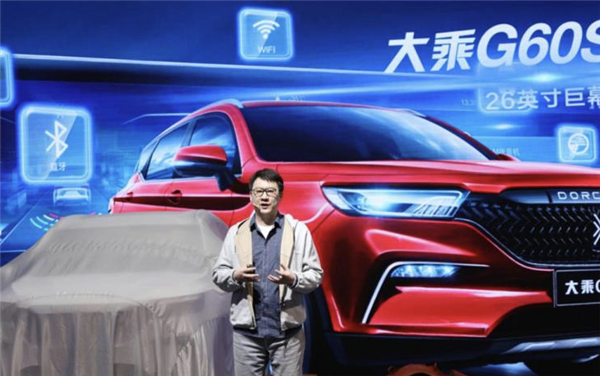 But later, as Zotye launched GG and the implementation of the “National Six” emission standards came into effect, Dacheng vehicles fell to the ground.

Inside the Mahayana Jintan Factory ▼ Although there are a lot of problems with Dacheng Automobile nowadays, as of October, the total outstanding amount on the books exceeds 287 million yuan, and there is no property to enforce, but Dacheng Automobile holds two major car manufacturing qualifications for gasoline vehicles and new energy vehicles. cake.

Therefore, Li Yinan hopes to rely on the cooperation with Dacheng Automobile to revitalize this car company that is close to complete death, and follow the model of Huawei and Celes to build cars together.

But now, it seems that such a choice led to the final curtain of NIUTRON. Why do you say that?

Because Dacheng Automobile does have two car manufacturing qualifications for fuel vehicles and new energy vehicles, but that is in the past tense. Their Jintan factory will no longer produce cars as early as the beginning of 2021.

See also  On New Year's Eve, the drone was entangled by balloons and fell into the crowd, causing a burst of exclamation--fast technology--technology changes the future

The Ministry of Industry and Information Technology clearly pointed out in the 2020 “Regulations on the Administration of New Energy Vehicle Manufacturers and Product Access”,For new energy car companies that have stopped production for more than 24 months, they need to be verified by relevant competent authorities when they restart operations. Enterprises that cannot maintain access conditions or have gone bankrupt may have their qualifications revoked. Therefore, Dacheng Automobile needs to go through the process and pass the review before resuming production. .

on the other hand,Mahayana Jintan Factory’s registration qualification for new energy models is to produce pure electric passenger cars, but NIUTRON NV has designed models with extended range, which requires more procedures.

Originally, these processes were not so slow, but according to some news on the Internet,The Ministry of Industry and Information Technology’s review of Mahayana’s car manufacturing qualifications is basically Mars Stone Technology’s begging for help, and Mahayana’s people are cooperating.

However, in the cooperation between the two parties, Mahayana is mainly responsible for the production and manufacturing, including trial production, production, verification and other links. Therefore, the audit by the Ministry of Industry and Information Technology is still done around Mahayana. “Research Research”. But on the other hand, seeing the competition of new energy vehicles gradually enter the second half, if we don’t speed up, the soup will not be able to keep up with the hot ones.

Don’t be in a hurry if you lie in the car for a long time, but Li Yinan is in a hurry.

Maybe it’s financial pressure, maybe it’s rhythm considerations, maybe it’s because I think I can handle the car manufacturing qualification review in a short period of time. Anyway, NIUTRON played first and then played, and held a press conference first.

See also  What are the best investment strategies in 2022 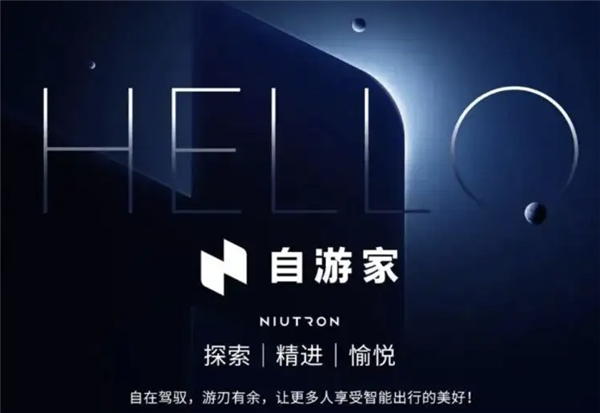 As a result, it has been exhausted until now, and the matter of car manufacturing qualifications still cannot be resolved.

At hand is NIUTRON NV, which has already been listed, and even tens of thousands of users have paid to place orders; on the head, the production qualification has not yet been obtained, and the car cannot be continued.

In desperation, it has already been reported that Li Yinan turned to Shandong Guojin Automobile to discuss “OEM”.

However, since the two parties are adopting the cooperation model of “Seres and Huawei”, both the NIUTRON brand and the NV model are under the banner of Dacheng Motors before the press conference in October. Even if Li Yinan finds a new OEM, There is a high probability that other new brand names and new car names will be used.

So now,It can almost be concluded that there is a high probability that NIUTRON is gone, but no one can say whether Li Yinan’s dream of building a car will continue after this setback.

However, compared with the previous examples of failed car manufacturing, NIUTRON’s handling is obviously more acceptable to everyone. Employee compensation is in place, and users are given full refunds of deposits, and delivery of Starbucks coupons and car models.

Li Yinan also fulfilled the promise he made when accepting the media: “At least we have to keep the last sum of money, pay severance pay, N+1, and meet the requirements of national laws and regulations.”

Build a carcalf electricFast TechnologyfigureLi YinanThe genius of Huawei and the founder of Mavericks spent 4 years building a car: it was gone just 2 months after it was released
0 comment 0 FacebookTwitterEmail
previous post

Cdp: slalom between the statute, budgets and the EU for the dossiers under study

After Tesla, Ford is also adjusting its price...

Banca CF+ puts the binding offer on the...

Tesla received the strongest order in history, the...

Italy-France-Spain common front against the black dot on...

Apple’s Q1 performance is destined to be weak,...

Petrol, data from the Guardia di Finanza: in...

On the first trading day of the Year...