The November report card of new domestic car-making forces is released! Among the car companies that have released delivery data, GAC Aian continues to lead the new forces with a delivery volume of 28,700 units, and the annual delivery target of 240,000 units has been completed. The monthly delivery volume of Weilai and Ideal reached new highs.

Aian leads the way in November

Aion officially announced that in November, Aion’s sales of new energy vehicles reached 28,765 units, a year-on-year increase of 91%, and it is expected to continue to rank first in the month of new car manufacturers (30,063 units sold in October).

From January to November, Aion’s cumulative sales volume was 241,149 units, a year-on-year increase of 128%, and it has secured the number one annual new force in advance.

Weilai announced the delivery volume in November. The number of new car deliveries in Weilai reached a new high in that month, reaching 14,178 units, an increase of 30.3% and 40.9% year-on-year and ring-to-ring respectively.

Among them, the delivery volume of the three new models ET7, ES7 and ET5 of the second-generation technology platform NT2 all increased steadily, reaching 11,072 units. According to its delivery guidance of 43,000 to 48,000 units in the fourth quarter of this year, Weilai needs to deliver 18,800 to 23,800 new cars in December. 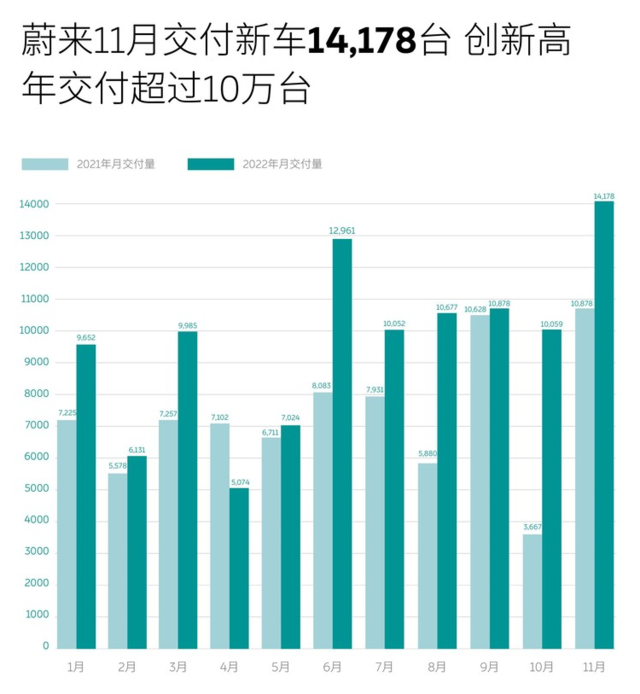 Ideal Automobile announced the delivery data for November. In that month, Ideal delivered a total of 15,034 new cars, an increase of nearly 5,000 units month-on-month and an increase of 11.5% year-on-year, setting a record for the highest delivery in a single month.

Among them, the ideal L9 has become the top seller in the domestic large SUV market for two consecutive months since it started delivery. In the first 11 months, the cumulative delivery volume of Ideal was 112,000 vehicles. On November 30, Xiaopeng Motors released a delivery guidance for the fourth quarter of 20,000 to 21,000 units, indicating that the delivery volume in December is expected to rebound sharply and return to the level of 10,000 units. 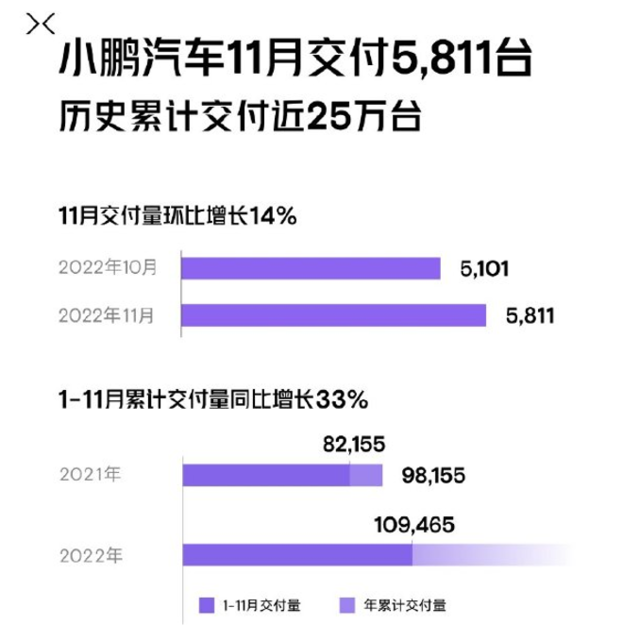 The delivery volume of the AITO Wenjie series reached 8,260 units in November, a decrease of 31.3% month-on-month, which is the first drop since the delivery of Wenjie in March this year.

In the first November of this year, the total delivery volume of Wenjie was 66,000 units. AITO Wenjie said that the month-on-month decline in November was due to multiple impacts such as repeated epidemics in Chongqing and tight supply chains, and the two factories of Cyrus are located in Chongqing, so production and delivery are under pressure.

See also  The stock exchanges today, November 1st. Positive EU lists on the eve of the Fed. Lagarde: "Inflation still too high, ahead with rate hikes" 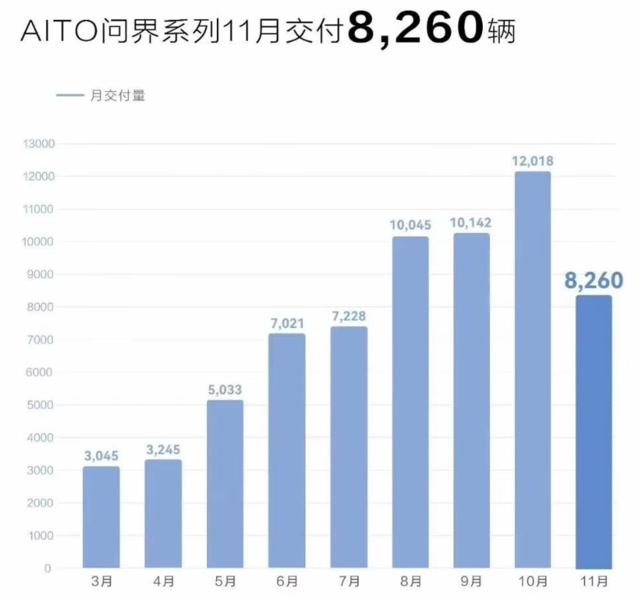 Cyrus increased by 154% year-on-year in November 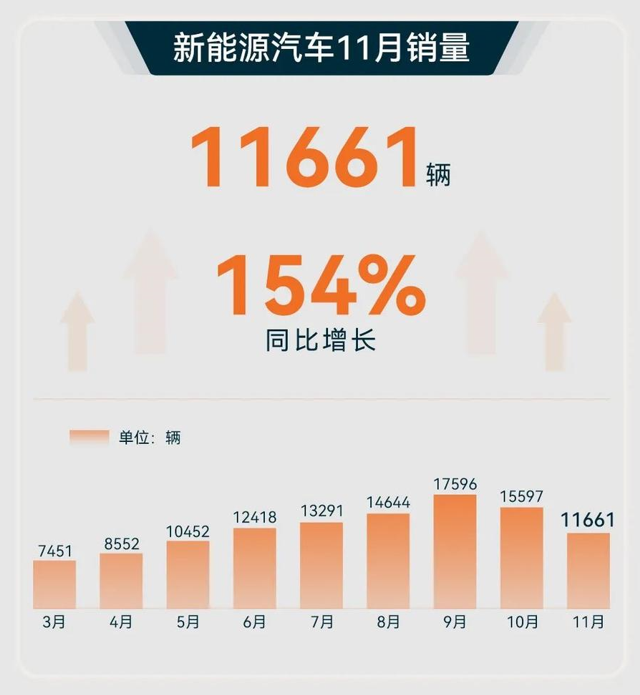 On December 1, Leapmotor announced the delivery volume in November. A total of 8,047 new cars were delivered that month. From January to November 2022, Leapmotor delivered a total of 102,675 new cars, a year-on-year increase of over 185%. 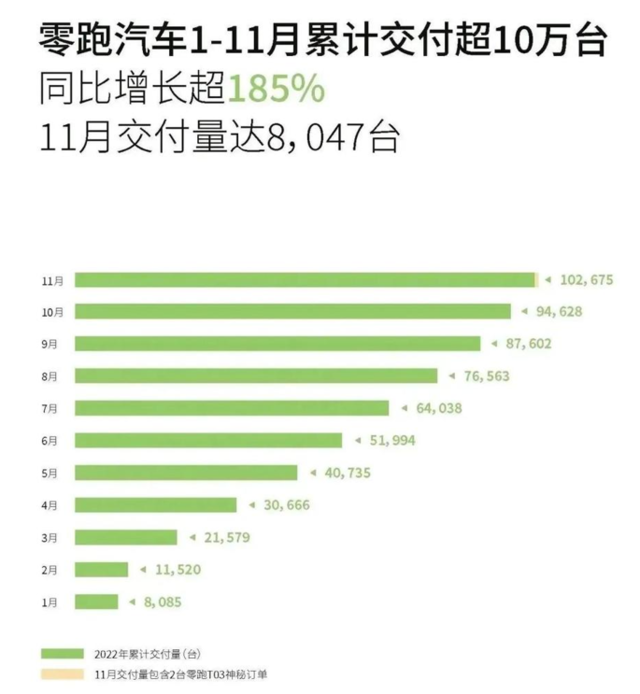 In November, Feifan R7 delivered a total of 1,501 units, ranking among the first echelon of medium and large pure electric SUVs. Feifan Motors is actively investing in the construction of delivery experience centers and energy replenishment ecology. Up to now, it has deployed 197 brand sales outlets, 18 delivery centers, 114 brand charging stations, and 1,100+ rights and interests charging stations across the country, with access to more than 540,000 Root third-party charging pile. 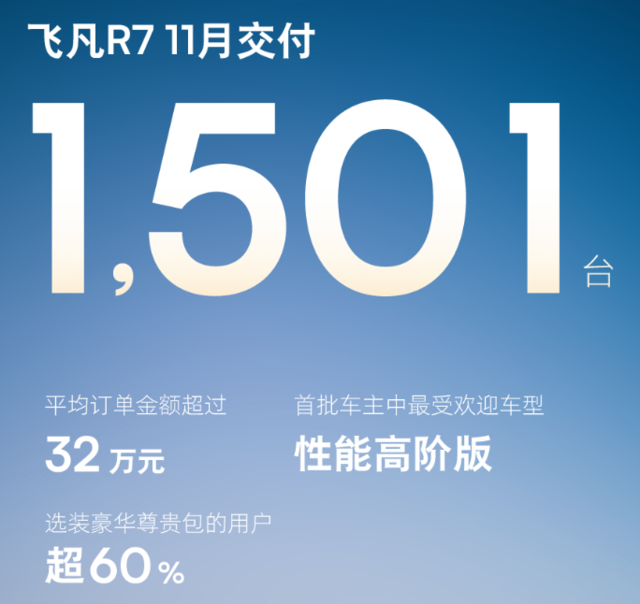 In terms of product planning, Nezha Auto’s flagship dual-power sedan, Nezha S, was officially delivered to the first batch of users yesterday, and the extended-range version will also be delivered before the end of the year. 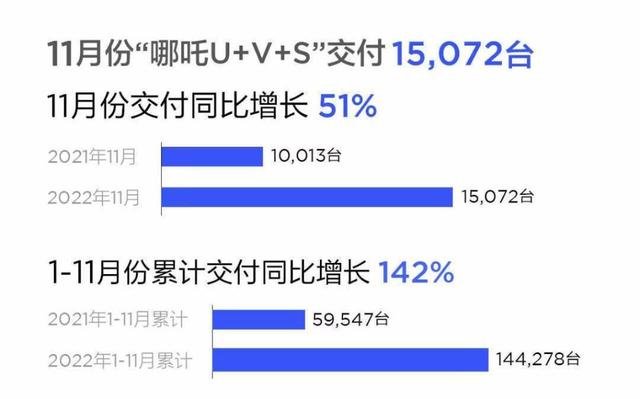 In November, Jikrypton increased by 447.3% year-on-year

Jikrypton said that with the further improvement of the supply chain, the delivery cycle of Jikrypton 001 will be further shortened to an estimated 4-6 weeks, and orders in the middle and early December will be delivered before the end of the year. In addition, Jikrypton 001 has an average order value of more than 336,000 yuan, and has won the sales champion of luxury pure electric models of Chinese brands above 300,000 yuan for 4 consecutive months. 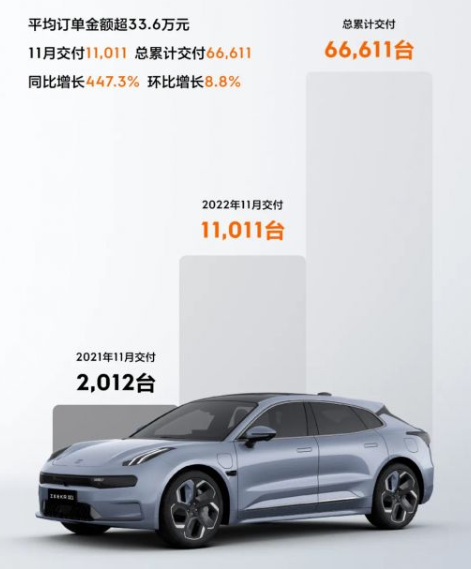 Market risk, the investment need to be cautious. This article does not constitute personal investment advice, nor does it take into account the particular investment objectives, financial situation or needs of individual users. Users should consider whether any opinions, opinions or conclusions expressed herein are applicable to their particular situation. Invest accordingly at your own risk.

EMEA investors see ETFs as the most important...