Wealth management “last mile”, who is an excellent guide? The first Sina Finance·Golden Kylin Best Investment Consultant Selection has been launched, and the registration is hot~~Click to view>>

pensionThe trend of heavy holding stocks in October was much stronger than that of the broader market.

With the gradual disclosure of the third quarterly reports of listed companies, the basic pensionInsurancefundThe heavyweight stocks are also revealed.

securitiesTimes Data Treasure Statistics,pensionThe secondary market continued to make arrangements, and at the end of the third quarter, a total of 28 shares appeared in the top ten circulationshareholderThe list includes 8 new shares and 9 additional shares, with a total shareholding of 344 million shares and a total market value of 6.104 billion yuan at the end of the period.

At the end of the third quarter, pension accounts heldZijin MiningThe largest number, the basic pensionInsuranceFund 804 portfolio is the tenth largest of the companytradable shareholdersholding 147 million shares; followed byDongshan Precisionbasic pensionInsuranceFund 15022 Portfolio and Basic Pension Insurance Fund 124 Portfolio are the company’s seventh and tenth largest tradable shareholders, with a total shareholding of 37,822,200 shares.Judging from the stock market value at the end of the period, there are 15 shares held by the pension account with a stock market value of more than 100 million yuan at the end of the period.Zijin Mining、Dongshan Precision、Lanxiao TechnologyWait.

pension andsocial securityFunds are run by the National Council of Social Security Funds. Databao’s statistics on the stocks held in pension accounts found that the top ten tradable shareholders of 13 pension stocks with heavy holdings also had social security funds.

Among them, the pension account holds 146.9072 million sharesZijin Mining2 social security funds appeared among the top ten tradable shareholders.Zijin MiningIt is a new heavy-holding stock in the 804th portfolio of the basic pension insurance fund in the third quarter. Judging from the trend, the stock prices of mining giants have weakened recently, and pensions may be low-priced. According to the third quarterly report,Zijin Miningaccomplishnet profit16.7 billion yuan, a year-on-year increase of over 47%. 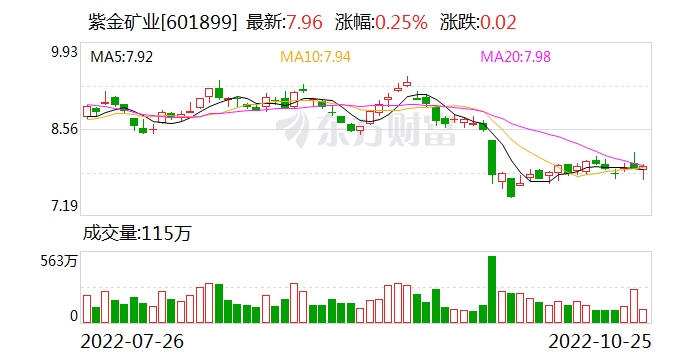 See also  Every 16 o'clock | The key technology verification phase of my country's space station has ended perfectly; bird flu appeared in Hokkaido, Japan, and hundreds of thousands of chickens were culled; the new round of EU sanctions against Russia will mainly target banks and energy_Zheng Bingwen_Pension_Capital

On September 16, the Social Security Foundation released the annual report on the entrusted operation of the basic pension insurance fund (2021). According to the annual report, by the end of 2021, the entrusted basic pension insurance fund has a total equity of more than 1.46 trillion yuan. Since the entrustment, it has steadily achieved positive returns every year, and has beat the investment benchmark for many consecutive years.

Since October, pension stocks with heavy holdings have generally outperformed the market, with 26 stocks rising by an average of 5.17%. Specifically,Zhongfu CondorSoaring more than 30% topped the list,Kun Pharmaceutical Grouprose more than 20%,Yupont Power、Southern Power、Long Cable TechnologyOther stocks rose more than 10%. 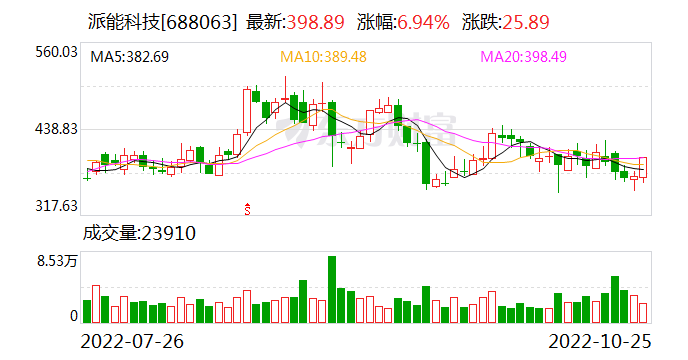 Judging from the performance of the whole year, the pension bet on a number of big bull stocks. in,Paine TechnologyIt has risen nearly 90% during the year. The stock is a new heavy-holding stock in the second quarter of pension funds. also,Southern Power、Zhongfu Condor、Kun Pharmaceutical GroupOther stocks have surged more than 20% this year.Paine Technology、Southern Power、Zhongfu CondorAll are pension stocks that are newly acquired in the second quarter. 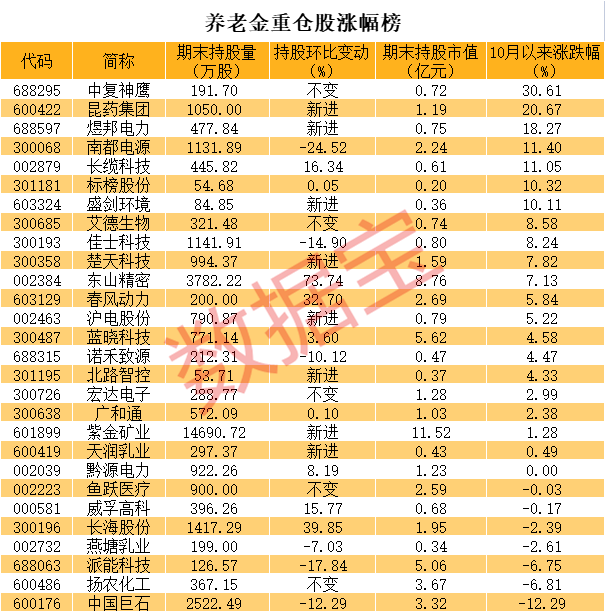 From February next year, Chrome will no longer support Windows 7/8.1 systems | XFastest News

From astrophysicist to beekeeper, the parallel talent of...