Home Business Toyota Aygo X towards debut: here’s what all we know about small for Europe
Business

Toyota Aygo X towards debut: here’s what all we know about small for Europe

Toyota has confirmed that at the beginning of November it will present the new Aygo X the third generation of the city car which is the most accessible model of the Japanese brand’s range as well as being developed exclusively for the European market. The naming with the addition of the X shows that the project will bring the model closer to the world of urban crossovers even if Toyota has not released details on the design and engines available for the new car.

It is derived from the Aygo X Prologue concept

The Aygo X, which in fact derives from the Aygo X Prologue concept, will use the same modular GA-B platform of both the Yaris and the latest arrival, the Yaris Cross and will also be produced in the same factory in Kolin, in the Czech Republic, acquired by Toyota itself. after the collaboration agreement with PSA ended, it then merged into Stellantis for the joint assembly of both the current Aygo and the models of Citroen, the C1 and Peugeot, the 108.

It will be slightly longer and higher than the current Aygo

It must be said that Prologue has really proposed a new vision of the car for the A segment of the market, although Toyota has never confirmed that the concept is a sort of preview of the Aygo X. It should be added that the Prologue is a little longer and higher than the current Aygo, respectively 3,700 mm and 1,500 mm. The wheelbase has also been extended by 90 mm useful up to 2,340 mm, guaranteeing more useful space on board. The ideal size, in short, for an even more compact suvino than the latest addition to Toyota, the Yaris Cross. 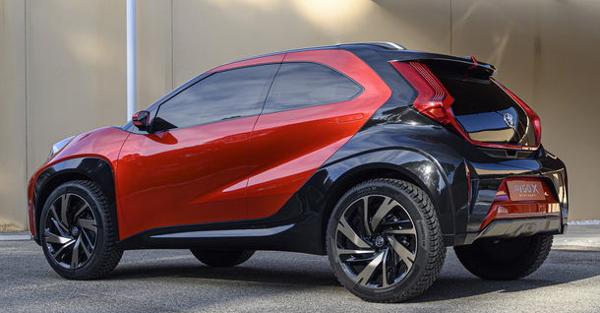 A car for young people and with an affordable price

Toyota believe that an entry-level model like the Aygo is also an interesting formula from an economic point of view, as they continue to sell around 100,000 units a year. Furthermore, it is a model intended primarily for a young audience who is interested in an accessible car like the Aygo. Which in fact does not make it an optimal choice for a full electic motorization. So much so that it is assumed that the choice will be between a petrol, while for the top there will be the full hybrid.

“Because Russia is not a country for ecologists”

Tibet Pharmaceuticals: The deduction of non-net profits in...

A-shares are weak and fluctuating, and the concept...

Franco: “Italy is growing little because it does...