Toyota imagines the future of the sustainable car. New C-HR and the Lexus electric supercar arrive

Brussels – Two precise slogans characterize Toyota’s strategy for the coming years: «The Power of And» e «Carbon is the enemy, not a particular powertrain». And these are clear messages, expressed on the occasion of the 2022 edition of the Kenshiki Forum in Brussels, which symbolize and reinforce the multi-technological approach of the Japanese giant towards the problem of climate-changing gas emissions and compliance with the carbon neutrality objectives set for 2050. In fact, with “The Power of And”, Toyota wants to stigmatize the sum of the solutions (Hybrid, plug-in, lithium-ion electric and hydrogen both for combustion engines and for electric cars powered by fuel cells) ) the key to concrete all-round sustainability.

This translates into a strategy that aims the inclusion of technologies, rather than to the exclusion of others, thus avoiding adopting an approach based exclusively on Bev, Battery electric vehicle. In short, Toyota reveals a radically different position from that of Volkswagen which has made lithium-ion cars a practically totemic and dogmatic choice which, incidentally, is in line with the EU’s position on the stop at the thermal in 2035. Furthermore, Toyota expresses a global strategy, and not a Eurocentric one, and therefore the range of solutions is also functional for the management of its markets where the United States (which has not made an electric-only choice) weigh a lot and less so China, which aims for leadership in the area Bev.

After all, for the Japanese group, the right to mobility is fundamental and, as repeatedly expressed by the CEO Akio Toyoda and reiterated by Matt Harrison, number one Toyota Motor Europe, on the occasion of Kenshiki 2022, it is essential to produce cars and offer mobility solutions suitable for everyone and not just for those who can afford (in terms of cost and lifestyle) a battery-powered electric cargiven that the prices of cells will not fall, on the contrary, as explained by the vice president Andrea Carlucci, the prices of raw materials, lithium in primis, will continue to rise. 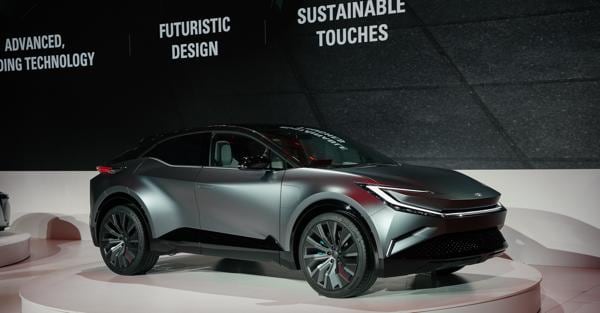 Toyota, a battery factory in Europe

And to reduce the cost of battery packs for plug-in hybrids such as the new, fifth series of Prius, Toyota will soon build a battery factory in Europe. With the slogan “Carbon is the enemy, not a particular powertrain”, i.e. “carbon dioxide is the enemy, not a particular type of engine”, however, Toyota’s top management reinforces the very concept that the environmental problem is caused by the excess of C02 emissions and not by the presence of one technology rather than another. And at Kenshiki, emphasis was also placed on how energy-intensive gigafactories are, and therefore, in a phase like the current one, they risk aggravating the problem of global warming rather than helping to mitigate it.

Precisely as part of this pan-technological vision, Toyota took advantage of the Kenshiki stage to unveil new models ready for dealerships, definitive concepts of new generation cars and suggestive prototypes.

SMA, play ahead thanks to genetic testing

Australia, off to the largest radio observatory in the world: hunt for extraterrestrial life

Adani against Hindenburg: ‘India is under attack’

Tocilizumab, a domestic drug for the treatment of...