Since the second half of this year, the global energy crisis has intensified. Not only has natural gas prices soared, but the two major international crude oil futures have both increased by more than 60% this year. For this reason, many countries around the world have taken measures to try to keep oil prices down, but the major oil-producing countries have no obvious willingness to increase production. In the face of high oil prices, how do all parties play games, and what impact does it have on oil price trends?

On November 23, local time, US President Biden announced that the country will release 50 million barrels of strategic crude oil reserves in mid-to-late December to curb the rapid rise in oil prices.

After the United States announced this measure, India also stated that it would release 5 million barrels of crude oil, while the United Kingdom was prepared to release 1.5 million barrels. In addition, Japan and South Korea also expressed plans to release strategic crude oil reserves. Just after the United States announced the release of its strategic crude oil reserves, the market on the same day sang the opposite. Data show that on November 23, the price of light crude oil futures for delivery in January 2022 on the New York Mercantile Exchange closed at $78.50 per barrel, an increase of 2.28%; London Brent crude oil futures for delivery in January 2022 The price closed at US$82.31 per barrel, an increase of 3.27%. 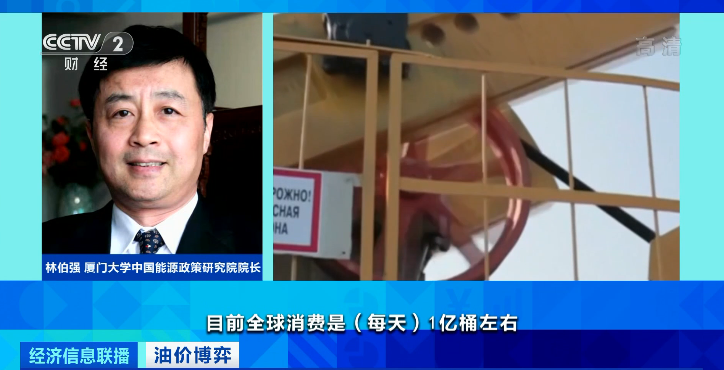 Lin Boqiang, Dean of the China Energy Policy Research Institute, Xiamen University: The current global consumption is about 100 million barrels per day, and Biden’s 50 million barrels, plus Japan, India, and South Korea. I think it will be 70 to 80 million barrels in the end. , Are not enough for a day. This kind of release of strategic petroleum reserves usually reflects the determination and expectations of the government alone, and is not enough to affect the entire balance of supply and demand.

OPEC and its allies did not buy into the joint release of reserves by multiple countries. According to the original plan, they will increase their daily output of 400,000 barrels of crude oil in January and February 2022. Now this plan may be suspended. In fact, the US government has repeatedly asked the Organization of Petroleum Exporting Countries and its allies to substantially increase production, but they have all been rejected. 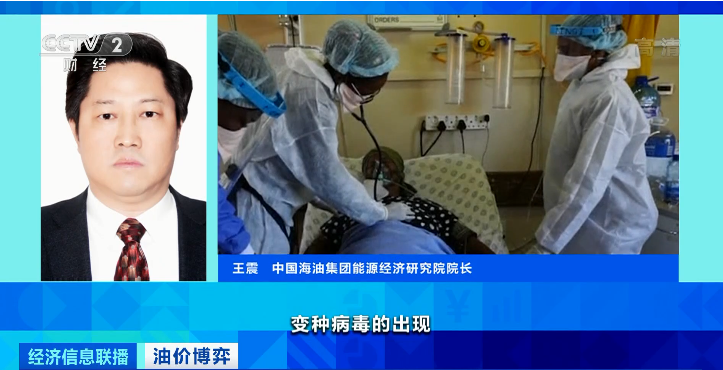 Wang Zhen, Dean of CNOOC Energy Economics Research Institute: The emergence of a variant virus has changed market expectations. For the future, many parties may focus on the epidemic and economic uncertainty will increase. In fact, oil prices will still fluctuate at a high level. Intensify.

The game between oil-producing countries and consuming countries has become increasingly fierce. Behind this is the continuous rise in international oil prices, which has brought tremendous pressure to the economic life of all countries. 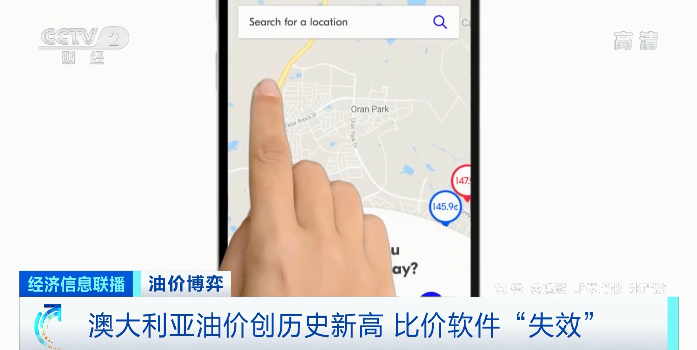 On November 11, Australian gasoline prices hit a record high of 1.94 Australian dollars per liter, or about 8.8 yuan per liter, an increase of about 44% from this year’s low. 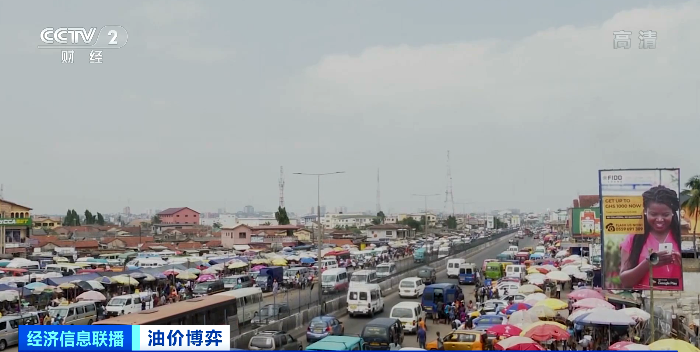 In Ghana, Africa, people here are also troubled by rising gas prices. Taxi drivers in the capital Accra are having a particularly difficult life now. This week is the Thanksgiving holiday in the United States, but high oil prices have dampened people’s holiday enthusiasm. On November 22, the national average gasoline price reached $3.4 per gallon, the highest price on Monday of Thanksgiving week since 2012, an increase of 62% over the same period last year. Among them, gasoline prices in the West Coast region are the highest in the United States, with an average price of $4.19 per gallon. 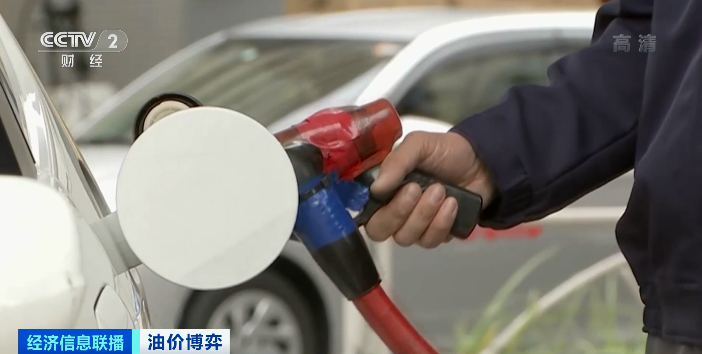 Since the beginning of this year, international oil prices have continued to rise, and the increase has reached a staggering 60%. This has caused global gasoline prices to soar. Take Japan as an example. The country’s gasoline prices have soared by 21% compared with last year, a record increase. New high in the past seven years. In addition, gasoline prices in the UK, South Korea and India have also risen to their highs in recent years.

Although many countries around the world have jointly introduced measures to stabilize oil prices, industry insiders believe that increasing demand and changes in the global energy landscape may not be easy to reverse the trend of international oil prices in the short term.

On November 23, the White House staged an “episode.” Just after Biden had just finalized the release of a total of 50 million barrels of strategic crude oil reserves in mid-to-late December, US Secretary of Energy Granholm was asked by reporters. 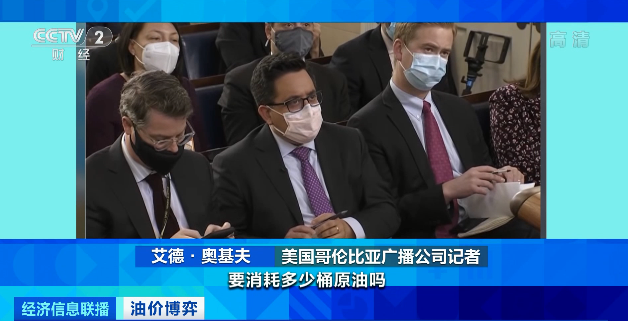 CBS reporter Ed O’Keeffe: Do you know how many barrels of crude oil the United States consumes every day? 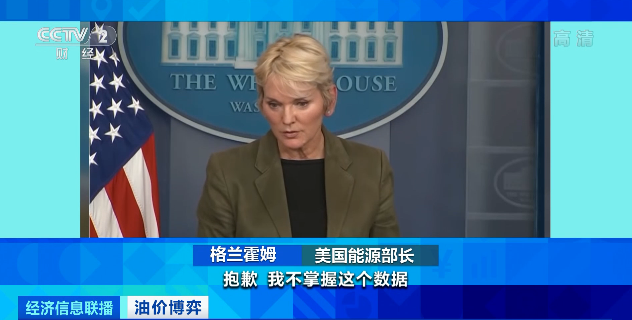 US Secretary of Energy Granholm: Sorry, I don’t have this data.

CBS Correspondent Ed O’Keeffe: According to statistics, this figure is about 18 million barrels per day (2020), which means that the government’s release of strategic reserves can only last for three days.

Data show that since the beginning of this year, US crude oil consumption has been approximately 19.68 million barrels per day, an increase of about 7.5% over last year; meanwhile, the average US crude oil production in October was 11.4 million barrels per day, a decrease of 12 compared to the same period in 2019. %, which further widened the gap between supply and demand.

Recently, the CEO of Occidental Petroleum, Huolulu, publicly called Biden, hoping to revitalize the shale oil business and fill the gap between supply and demand. However, some oil companies did not continue to increase their bets on traditional fossil energy, and instead devoted themselves to the development of new energy businesses. In November of this year, Exxon Mobil announced that it would invest 15 billion US dollars in low-carbon projects in the next five years, or about 95.8 billion yuan; in October, Chevron announced that by 2028, the company will invest in low-carbon projects. The investment in the carbon business will rise to more than US$10 billion, or approximately RMB 63.8 billion, which is more than three times the current investment. The decline in the market’s enthusiasm for the commissioning of traditional fossil energy sources has further aggravated the current shortage of crude oil.